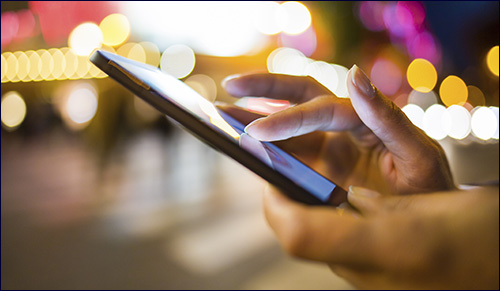 We have become enslaved to the very technology designed to liberate us.

It is unclear whether or not people who lived through it were aware that what we now call “the industrial revolution” was breaking out all around them. Did they realize that the world would be changed forever by the breakthroughs of their time? The onset of this “revolution” is difficult to pinpoint: Was it the invention of the cotton gin or the invention of the steam engine that began the ever-accelerating leaps and bounds of invention?

Whatever that first step may have been, it is clear to us that the advancement of technology brought about a massive paradigm shift. Emerging technologies gave humankind new tools, but also changed our perception of the world, of our place in it, and of life itself. It is altogether likely, though, that at the time, the changes were perceived as local and limited. The full impact, import and implications of each new invention may not have been grasped by those who were closest to it; the pace at which new inventions and technology appeared, each one building upon the one before it, was dizzying.

This industrial revolution has not abated ever since; it has morphed into the technological revolution that is unfolding all around us, to the point that in our own lifetimes we have become capable of holding in the palms of our hands (often for far too many hours a day) technological power that was beyond imagination when the “revolution” first began.

“Smart phones,” which are actually small computers with access to the worldwide reservoir of knowledge, make the path to limitless information direct and virtually uninhibited. In addition, countless “apps” have been developed to organize and optimize our access to a web of facts, opinions and ideas. While some of these apps serve as mere diversions, many others perform and monitor tasks that can make us more informed, in-touch, productive and efficient than ever before.

Recently, a “Shabbat app” was reportedly developed, which promises to solve the “problem” of the isolation experienced by Sabbath-observant Jews for 25 hours every week.

A micro-halachic analysis measures any new technology in terms of its alignment with the 39 categories of productive labor listed in the Mishna. Each of these 39 prohibited categories, and the sub-categories that are extrapolated from them, are the stuff and substance of the biblical prohibition of productive work on the Sabbath. On the other hand, macro-halachic considerations are based on the positive, proactive commandment, “On the seventh day, you shall rest.”

We are rapidly losing our ability to sit around the table and engage in actual communication that nurtures love and respect.

Whereas the 39 prohibited categories of labor are detailed and precise, the positive commandment, to create a Sabbath environment, is far more amorphous, and its content and contours have been entrusted to the rabbinic sages. The job of the rabbis has been perceived as the preservation of the spirit of Shabbat, particularly when adherence to the letter of the law allows the spirit of Shabbat to be trampled upon. In such cases, rabbinic mandate has been exercised by creating legal safeguards that protect the spirit of Shabbat.

One particularly famous and well-documented case of the exercise of this rabbinic mandate was that of a rabbi named Isaiah, better known as The Prophet Isaiah. Isaiah, who lived over 2500 years ago, issued a far-reaching and somewhat bold halachic decision requiring all Jews to close their stores on Shabbat. In point of fact, there was no technical, legal prohibition against leaving one’s shop open on Shabbat; a store could be left open without breaking any Torah laws. There was no planting or harvesting involved, nor any other activity that was expressly prohibited. Commerce, per se, violated no Torah laws. On the other hand, Isaiah understood that the conduct of commerce on Shabbat is an affront to the holy day of rest, as it undermines the spirit of the day even if it violates no specific injunction.

On a theoretical level, Sabbath observance in the modern world should be exponentially easier than ever before in history. Technology makes it possible to live in comfort, even luxury, without the need to perform any of the work prohibited on Shabbat. Unfortunately, man has become enslaved to the very technology designed to liberate him. Our technological creations have risen up and are poised to overcome us, like Frankenstein’s monster or a golem of our own design. We are addicted to the constant flow of communication that we have created. Some have become incapable of functioning without their virtual community and constant access.

We do not allow ourselves one day each week to reconnect with our inner selves, our souls, our God. We find it more and more difficult to pray with the distraction of tweets, beeps and blips. We are rapidly losing our ability to sit around the table, to make eye contact with loved ones or guests, to engage in and foster actual, not virtual, communication, to nurture love and respect. We are at risk of forgetting the most basic and human of all arts: the art of communication and attentive listening.

We need an app that shuts down our devices during meals, prayers, and during the precious time we spend with our loved ones.

Rather than searching for ways to sidestep Shabbat’s prohibitions, we should follow in the footsteps of Isaiah and seek out new ways to enhance and deepen our Shabbat experience. The proper use of the Shabbat app, if and when it is made available and functions according to Jewish law , is exclusively for people working in emergency or security positions: Physicians, army and police personnel, or others who are required to sidestep (but choose not to disregard) the 39 prohibited categories of labor on Shabbat. For the rest of us, instead of strengthening the stranglehold technology has on our lives, instead of allowing technology to take over our Shabbat as it has the other six days of the week, instead of increasing our servitude to 24/7, we should be marketing the benefits of a gadget-free Shabbat to all members of modern society.

Rather than an app that would give technology a foothold on Shabbat, I would welcome an app that shuts down our devices during meals, prayers, and during the precious time we spend with our loved ones. This app would be a beneficial tool throughout the week.

If you restrain your foot, because of the Sabbath, from pursuing your business on My holy day; and call the Sabbath a delight, the holy day of the honorable God; if you honor it, not doing your own ways, nor pursuing your own business, nor speaking of vain matters; Then shall you delight in God, and I will cause you to ride upon the high places of the earth, and sustain you with the heritage of Jacob your father; for the mouth of God has spoken. (Isaiah 58:13-14)

This coming Shabbat join the international Shabbat Project. Click here to read more about it.

Shabbat: The Space Between