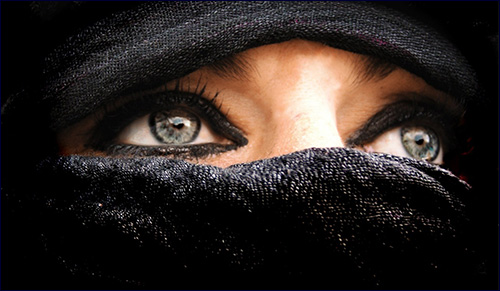 The Jewish prayer may have stopped a would-be suicide bomber who was Jewish.

I am rather skeptical when it comes to “miracle stories” – especially ones that emerge from war. So I did not believe the story about the female suicide bomber in Gaza who flinched upon hearing the Israeli soldier cry out “Shema Yisrael”, allowing them to apprehend her. Turns out the terrorists' mother was an Israeli Jew who married an Arab, and the would-be suicide bomber was in fact a Jew whose soul was rattled upon hearing Shema.

Well, apparently the story might be true. An unnamed Israeli military source spoke to Breitbart News, revealing details about the attack that killed Lt. Goldin and two other soldiers, and he also mentioned the incident with the Jewish suicide bomber. The article reports:

The officer explained how, after the suicide bombing that killed Lt. Goldin, a second kidnapping team of Hamas terrorists... ran back into the tunnel from which the terrorists emerged. The tunnel led back into a mosque. From the mosque, they escaped in a clearly marked UNRWA ambulance. The terrorists then made contact with high-ranking Hamas officials hiding in the Islamic University.

In the midst of this attack, a second force of IDF soldiers--which had gone into a mosque looking for weapons, explosives, and rockets-- encountered a female suicide bomber who was about to detonate the belt she wore, which would have resulted in the deaths of the soldiers. One of the soldiers instinctively recited the opening words of the holiest Jewish prayer “Shema Yisrael”. The female suicide bomber hesitated and began trembling, giving the soldiers a chance to grab her and disable the device.

The soldiers then took her prisoner and turned her over to a counter-intelligence unit. Their investigation uncovered that the female suicide bomber’s mother was a Jew who had married a Palestinian in Israel and, after the wedding, was smuggled against her will into Gaza. There she lived a life filled with abuse and humiliation, and was basically a captive. In addition to the female suicide bomber, there were two smaller children as well. An armored force went in and rescued the two small children.

The story is reminiscent of Rabbi Eliezer Silver who rescued Jewish children in Europe who had been hidden during the Holocaust in Christian orphanages and monasteries. The children themselves, raised as Christians for years, no longer knew they were Jewish. And there were times the local priest denied harboring any Jewish children. So how did Rabbi Silver discover the Jewish children? Dressed as a high ranking U.S. army officer, he would visit the children during bedtime and loudly proclaim “Shema Yisrael” – "Hear O Israel, the Lord our God, the Lord is One!"

Many children burst into tears and cried out “mommy” in the various languages they spoke. The Shema which their mothers had said to them each night was so deeply ingrained in their minds they had not forgotten it. And that is how the chaplains were able to identify the Jewish children.

The Shema saved those Israeli soldiers and rescued three Jewish souls – the suicide bomber and her two children -- from the bowels of Gaza. Something she heard startled her. Her Jewish soul, buried by years of indoctrination, hate and abuse, was stirred.

My teacher, Rabbi Noah Weinberg, of blessed memory, would tell the story of Rabbi Silver as a lesson that the Jewish soul always has a pulse. It is our responsibility to find the words that will penetrate. If this story is true, then through his tragic death Lt. Goldin enabled three bewildered Jewish souls to be brought back to their people.

With thanks to Rabbi Stephen Baars

Out of the Mouth of Roni
What Makes Eli Run?
The Tyranny of Materialism
Science Enters the Mysterious Inner World of Consciousness
Comments
MOST POPULAR IN Israel
Our privacy policy