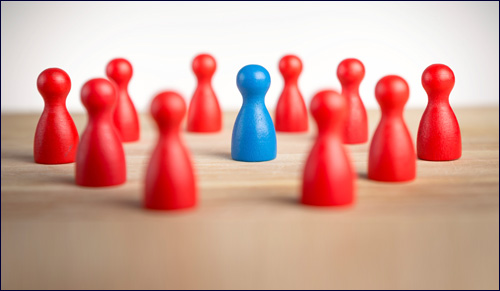 Don’t let people pressure you into being something you’re not.

I was at a party last night, and the people there were so snobby. They acted all snooty and better than me, and I felt really stupid. I didn’t know what to do with myself. I kind of decided to act snobby like they were, but now I feel icky about it….

Your questions are similar, and they address the major cornerstone of teenage development: learning how to be yourself, how to do what you believe is right, no matter what anyone else says or does.

Last week, as I was thinking about your questions, I was trying to make a left turn from a side street onto a main, busy highway. (Believe it or not, it is a legal turn!) I waited for the traffic coming on my left to subside. I waited for the traffic coming on my right to subside. As soon as the traffic from one side was clear, there were cars coming the other way! There were a few people behind me, and one of them started to honk. The longer he waited for me to turn, the more insistently, loudly, and continuously he honked.

Now, usually, when people honk at me, I say out loud (to myself!) “I am not going to do something stupid and dangerous just because you’re honking!” Sometimes I’ll even get out of the car with a big smile, go over to them, and say, really nicely, “Is there a problem?”

But for some strange reason, this time, I let the honking convince me to pull out onto the highway when I usually would not have. And as soon as I pulled out partially onto the highway, I realized that it was a bad idea—there was traffic coming too fast, both ways. Then do you know what happened? There I was, sticking out onto the highway, blocking ALL the traffic, ALL the ways, with EVERYONE honking at me!

I was mortally embarrassed, and I realized I had found the perfect story for answering your questions. Why would you or I do things we know are wrong or dumb or dangerous just because people are pressuring us into it? If we give in to the pressure, we’ll just end up in a more wrong, dumb, or dangerous situation than we were in before. Like: sticking out on the highway, with everyone, from all sides, honking at us and looking at us like, “Lady, where did you learn how to drive?”

I love a scene from the new Star Wars movie. The evil commander tries to manipulate the good gal with anger. But instead of meeting his anger with anger of her own, she becomes completely and totally calm. She finds enormous strength within herself to withstand the manipulation by being totally calm and centered, despite the whirlwind of pressure surrounding her. Go see the movie and notice that scene. Then, anytime you feel pressured to do what you believe is the wrong thing, replay that scene in your mind. Get yourself centered and calm, and find the strength to do what you believe is right.

This past week, my parents came to visit us, and my father ended up in the hospital with pneumonia. The kicker is, he caught it when he was helping my sister, who was sick—as it turned out, sick with pneumonia. As scared as he was when he was so incapacitated, he had no regrets—he’d done the right thing at the time, helping his daughter. That’s life. Doing the right thing despite “the slings and arrows of outrageous fortune.”

When you’re at a party and people are doing things you don’t want to do, just be your real self. Confidently. Be secure in who you are. You’ll never regret it, because you will have been doing the right thing. You may feel uncomfortable acting differently than everyone else is, but you’ll retain your self-respect, and you’ll never regret that.

If your friend yells at you for not coming to visit her: you don’t deserve that kind of treatment. You certainly shouldn’t teach her that yelling at you is what will convince you to do things her way.

I would say to your friend: “I’m always willing to have a conversation with you. But yelling at me, trying to pressure me into doing something, is not going to work. I am sorry that I hurt your feelings by not coming to visit.”

“Now go do the right thing.” 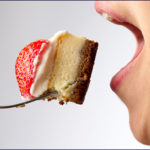