The Secret of the Jewish Leap Year 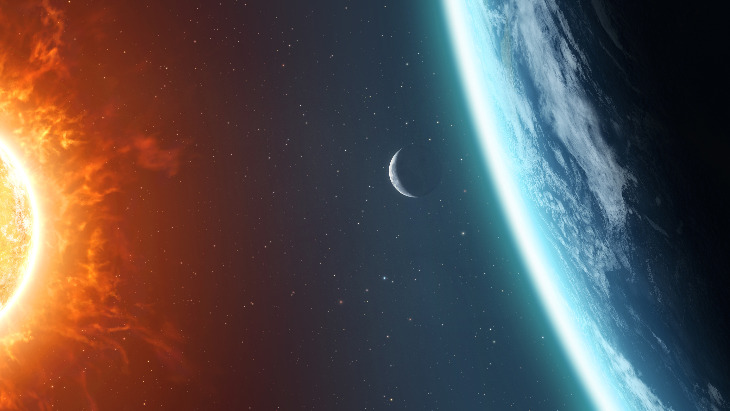 The intricate science and philosophy behind reconciling the lunar and solar calendars can leave one speechless.

One of the deepest secrets of Judaism is sod ha’ibbur, literally, “the secret of the intercalation” – the reconciliation of the solar and the lunar calendars. The need for such reconciliation is unique to the Jewish faith.

The solar calendar periodically needs a “leap day” on Feb. 29. Seven times every 19 years, the Jewish calendar needs a “leap month,” as is the case this year. The leap month of the Hebrew calendar is always the month of Adar. Just scratching the surface of how all this is determined, one is amazed. The intricate science and philosophy behind the sod ha’ibbur, “the secret of intercalation,” can leave one speechless.

The Hebrew month of Adar occurs twice this year, “Adar 1” and “Adar 2.” The periodic need to add a month to the Hebrew calendar is based on Deuteronomy 16:1, which requires that the festival of Passover always occur in the spring.

Left to its own devices, a calendar based solely on the lunar cycle would move Passover away from spring.

The Islamic calendar is strictly lunar; its holy month of Ramadan moves steadily backwards, eventually circling all the way around the solar calendar. Judaism needs an exception to its lunar cycle in order to ensure that Passover, each and every year, is always in the spring.

The solution is to add a “leap month.” Every so often, as the lunar cycle pushes the month in which Passover falls back toward winter, an extra month is added. This pushes Passover forward again toward spring.

Spring, of course, is a season on the solar calendar. Therefore, the addition of a leap month is a reconciliation of the lunar and solar calendars. This is “intercalation.”

To move from intercalation in principle to practice is perplexing. How often does one add a leap month? How many days should it have? For that matter, how is it possible to standardize any month in the lunar cycle?

This question stems from the fact that no lunar month corresponds to a solar month. Solar months are 30 or 31 days (and in one case, February, 28 or 29 days). A lunar month, however, is roughly 29.5 solar days. An odd number. This means that the lunar calendar requires more than a simple addition of an extra (“leap”) month every so often. The calculation must be more sophisticated. Any day added to the solar calendar is, by definition, in “whole solar days,” but the lunar time that the extra month compensates for cannot be in whole solar days.

To figure out exactly how often a leap month needs to be added to the lunar calendar, and exactly how many solar days it needs to displace, a prerequisite is an accurate calculation of the lunar month.

Here is where Judaism’s deepest secret begins to emerge.

Before satellites, before telescopes, before virtually anything but the naked eye, the Jewish sages of antiquity calculated the lunar month at 29.53059 solar days. The difference is 00.000002 = two millionths of a day!

According to measurements derived from satellites orbiting the earth, the lunar month is exactly 29.530588 days long. When the Jewish calendar originated in antiquity, there were no satellites, no computers, not even slide rules. There were no telescopes and no watches. Picture yourself looking up at the sky, lacking even the crudest astronomical instruments, and then measuring the length of the lunar month.

Before satellites, before telescopes, before virtually anything but the naked eye, the Jewish sages of antiquity calculated the lunar month at 29.53059 solar days.

The difference is 00.000002 = two millionths of a day! That was the wisdom of the ancient Jewish sages.

Other ancients also calculated the length of the lunar month and also came close to the satellite measure, but not nearly so close as the ancient Jewish sages. Their wisdom was Level 1 of sod ha’ibbur, “the secret of intercalation.”

Level 2 of this deep secret is the age-old philosophic issue of Divine omniscience vs. human freedom. If God knows everything, He knows in advance what any human being might “choose.”

The moon’s appearance is not regular. It represents unpredictability, difficult measurability, freedom.

The unit measure of the sun is the year; in Hebrew, this word also connotes “repetition” – determinism.

The deepest secret is the combination of determinism and freedom, represented by the reconciliation of the solar and the lunar calendars.

The unit measure of the moon is the month; in Hebrew, this word also connotes “newness” – freedom.

The deepest secret is the combination of determinism and freedom, represented by the reconciliation of the solar and the lunar calendars. Divine guidance (“determinism”) coexists with human responsibility (“freedom”).

Rabbi Aaron Lopiansky observes that humanity tends to the one axis or the other, to determinism or to freedom. Either: God is in control, human freedom is an illusion, life is a tragedy, moral effort is a waste (or, per Camus, meaningless): determinism. Or: Man is in control, Divine guidance is an illusion, life glorifies the successful, moral effort is a measure of preference: freedom.

The “secret of intercalation” is the combination of God’s determinative, guiding hand and of man’s freedom of choice and responsibility, represented in the interrelationship of sun and moon.

The Jewish people’s embrace of both is Level 2 of the deepest secret of Judaism.

An expanded version of this essay appears at https://www.ijn.com/what-is-the-jewish-leap-month/

One Drink Too Many: My Journey to Letting Go of Alcohol, Finding Freedom and Choosing Happiness
The Jewish Trader called “One Tongue” by Native Americans
Who was Two-Gun Cohen?
Why Really Everyone Believes in Free Will
Should Jews Support Ukraine?
The Jews of Cuba
Comments
MOST POPULAR IN Ideas
Our privacy policy