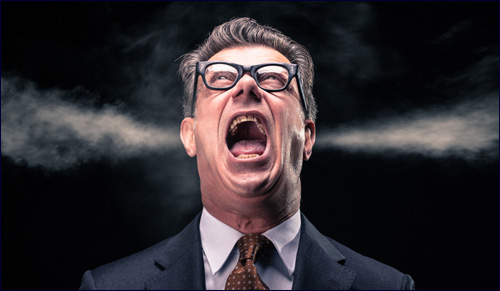 Hate is a far greater motivator than reward.

Are you one of the 45 percent of Americans who will be making New Year resolutions next week?

It seems like such a wonderful idea. Give up bad habits. Lose weight. Become a new and better you. But statistics tell us that 80 percent fail by February. The total for those who give up rises to 92 percent by the end of the year.

Surely there must be a better way to ensure success. Thanks to some fascinating psychological research about human behavior we now know there is a secret to getting people to live up to their promises, to carry out their resolutions, to stick with their commitments in spite of the difficulties that are sure to come their way.

We’ve been looking at the problem the wrong way for the longest time. We failed to acknowledge a quirk of human nature. We’ve always been taught that the ideal way to achieve a desired goal is by way of reward. A prize is the greatest incentive.

It turns out there is something much more powerful that can motivate us. It’s been proven to keep us from defeat, from giving up and from raising a white flag before realizing our goals. It’s a system with an unusual name – and it’s called “the anti-charity”, described by the social scientist Vanessa Van Edwards.

What if, instead of setting up some kind of reward system for yourself – every time you lose 5 pounds you allow yourself one small dessert – you set aside a sum of money as punishment for not achieving your goal. But here’s the kicker: the money you must now contribute has to go to a cause you detest, an organization you hate, a charity which goes against every value you hold dear and every belief you cherish.

You would in effect be helping what you hate, and psychologically hate is a far greater motivator than the love of a reward for oneself.

The “anti-charity” concept has proven quite successful in the realm of New Year’s resolutions. Applied for the sake of promoting the realization of a desired commitment, it turns the power of hate into a positive achievement. The power of hate also helps explain what’s behind some counter–rational events like the recent vote of the United Nations condemning America’s acceptance of Jerusalem as the capital of Israel.

128 nations, almost 2/3 of the 193 member states of the global alliance, voted against the decision of the United States. Countries which continue to be the recipients of America’s supremely generous aid apparently felt no hesitation in biting the hand which feeds them and insulting their greatest patron – even though the US ambassador to the United Nations, Nikki Halley, made clear there would be financial consequences for those countries who ignored the mutual responsibilities implicit in friendships.

Simply put, it doesn’t make sense for the large majority of these nations to have voted as they did. It was not in their self-interest. But, as we now know, hatred is the most powerful motivator. And hatred of Israel continues to be the most distinguishing feature of that organization ostensibly dedicated to peace.

It is a truth well to be remembered.

Much as we pray for peace in a world intoxicated by its age-old animosity toward the Jewish people, the millennia- old syndrome of anti-Semitism attempting to disguise itself as anti-Zionism, we know our only hope lies in the famous words long ago prophesied by then Prime Minister Golda Meir: “Peace will only come when the Arabs will love their children more than they hate us.”

Tragically, so far hate seems to be winning United Nations resolutions – with even much greater success than its role in New Year’s resolutions.

Sports with No Spectators

First Chief Rabbi in German Army in 100 Years
Don’t Believe in Other Gods Versus God is One
Seeing Without Eyes
Why Shouldn’t We Eat Whatever We Want?
Comments
MOST POPULAR IN Current Issues
Our privacy policy
Aish.com Is Looking for Great Writers