The Most Important Interpersonal Skill 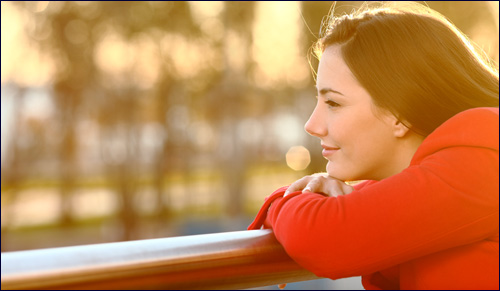 How to work on being a better person this New Year.

Because it’s the beginning of a new Jewish year, I’ve been trying to figure out how I can be a better person – both interpersonally, and between me and God. Do you have any advice?

Can you guess what I think is the most important interpersonal skill for having good relationships? And, yes, it spans all people, of all stripes, all genders, and all ages. My opinion includes one practical skill, and one theoretical skill.

Here’s the practical one: I think people struggle with being able to have their own thoughts, and at the same time navigating the fact that other people have different thoughts than theirs. If you have your own opinions, and at the same time give others the respect their (different) opinions deserve, then – ahhhh! – you’ve reached respectful relationship nirvana!

Let’s talk about the first part first. If you just don’t cultivate your own opinions, you’re not really a “real person.” Let’s say you decide that the “most polite” thing to do is to just demur to others, always, and never form your own thoughts. Well! You may as well be a cow in the field! You are a human being. With creative cognitive powers. You are a being which can create, just like God. That’s what separates us from the animals – our ability to contrive creative thought. Don’t squander that incredible essential component of your humanness. Having opinions is good. “We are the Jews and we question,” as one amazing Aish.com song reminded us.

Having your own opinions is good, and essential. But other people having different opinions is completely fine, too.

After saying “I hear you,” he could then think about what she’d said at his leisure. He didn’t really need to say anything more. She had felt heard and validated. He was free to then decide, “Do I agree with her opinion?” If he did agree, I advised him to tell her that he agreed. If he decided he didn’t agree with her opinion, he actually didn’t have to tell her. Unless it was a practical decision, what difference did it make if he agreed with her opinion or not? If he agreed with her, then telling her would strengthen their relationship bond. If he didn’t agree with her, then not telling her and just letting it be was fine. She would have her opinion, and he would have his, and everyone could live happily ever after with two different opinions. So what and who cares? She can have opinion A and he can have opinion B.

Sometimes it’s just not important to tell people that you disagree. I often say, “I hear you,” or “Huh!” or “That’s interesting!” And then I quietly and personally decide whether I agree with the opinion or not. And if I don’t agree, I don’t usually share it with the person who expressed it, unless it’s necessary for someone’s health or safety.

If we’re having an interesting discussion, sometimes I’ll say my (different) opinion, if I think it will help someone, or if I think the participants in the conversation really are interested in hearing differing points of view. I’ll say, “I like your idea. Very nice. I was thinking …” and then I’ll say my opinion. No need for rancor or argumentativeness. And if the people in the conversation are as relationship-savvy as you will soon be, they will say, “Huh!” or “That’s interesting!” or “I hear you.”

What Does the Other Person Want?

This is all very practical. The theoretical, fundamental, underlying relationship principle this emanates from is the idea that the most important thing you can do in a relationship is: figure out what the other person wants, and do that.

Between you and God, this part is easy. It’s a detailed, written handbook called “The Torah,” and in it is described everything God wants you to do. Follow that handbook, and you’ll have a beautiful relationship with God.

Between you and other people, it’s a little harder, because there is no handbook per se. You have to study the person, see what he or she likes and dislikes, and do more of the former and less of the latter. And get this: the best way to figure out what a person likes or dislikes is to ask them! Yes, really! When I work with couples, often a husband or wife will complain, “I just don’t know what she/he wants!” Lovingly ask them. “Sweetheart, I want to make you happy. What can I do?” This works with friends, too. (But you can leave out the “Sweetheart”, if you want!)

Have your own opinions. That is what makes you uniquely human, and uniquely you.

You don’t always have to share your opinions if they differ from someone else’s, but if you do decide to share, be sure to do it in a way that conveys respect and friendship. Like, “Hey! What a cool thing to say. You know, I was thinking a little differently – tell me what you think…” And then say what you feel.

And most of all, figure out what the other person would want, and do more of that.

I think you’re going to have a great year!

One Drink Too Many: My Journey to Letting Go of Alcohol, Finding Freedom and Choosing Happiness
Take Two: Why Pesach Sheini is Significant to Our Family
Why Really Everyone Believes in Free Will
Who was Two-Gun Cohen?
Should Jews Support Ukraine?
The Jews of Cuba
Comments
MOST POPULAR IN Q&A for Teens
Our privacy policy