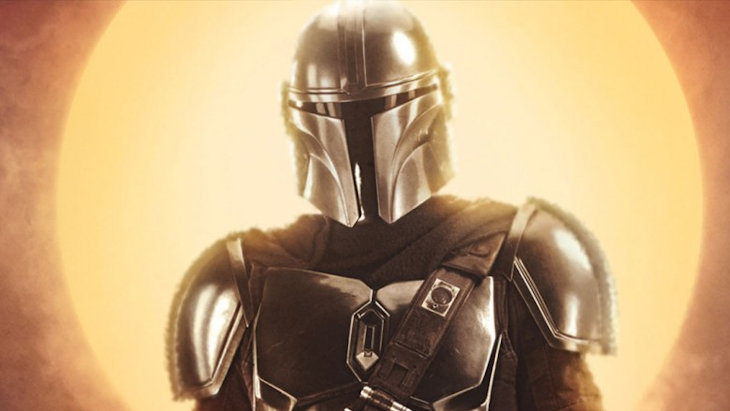 The Mandalorian’s mask is a perfect symbol for today’s masked society.

As Jewlarious’ self-appointed Star Wars correspondent, I couldn’t miss the opportunity to unpack the newest and most exciting addition to the Star Wars Universe – the impossibly cool Mandalorian.

Who? Even as a lifelong Star Wars fan, I had never heard of a ‘Mandalorian’ before, though I recognized the costume of the celebrated bounty hunter Boba Fett. Apparently the idea was established way back when Empire Strikes Back was made, and was featured in the animated TV series, The Clone Wars. But I can be excused for not knowing – even Mark Hamill himself (if you need me to explain who that is then you need to do some serious homework) confessed that he is frequently embarrassed by his ignorance of the galaxy far far away – he didn’t even know what ‘Kashyyyk’ is (the home planet of the Wookies, duh!).

Pardon my cynicism, but I suspected the new TV series, based simply on Boba Fett’s outfit, was just the franchise using the tiniest scrap of space debris to build a new, fully operational money-making Death Star. Their relentless quest to cash in is aptly parodied in Mel Brook’s spoof, Spaceballs, in which his character declares their sequel will be entitled The Search for More Money – way back in 1987!

And yet…it turns out everyone has fallen for The Mandalorian. Critics and fans are raving about it, and images and memes featuring ‘Baby Yoda’ have spread faster than coronavirus.

Initially I was going to resist The Mandalorian. Surely it was time to get over it? Also, I never really got the whole Bobba Fett thing. But once my kids were hooked, well, I started to get FOMO, and so I gave in to the dark side.

Watching the series I was constantly worrying about very Jewish-mother style concerns like does the child sleep through the night? Does he have to have his food mashed? (This was resolved when the child swallowed a frog-like creature not much smaller than himself in one gulp.) And why does Mando keep leaving him in dangerous situations?! Critics claim Mando’s parenting mistakes make him more human, but others have more astutely suggested the series just isn’t interested in that stuff, and to be fair, it doesn’t make great TV.

And though the theme of parenting is central to this series, so important to the whole franchise (see my article Star Wars and the Force of the Family here), I’ve found another aspect extremely compelling.

An important part of the Mandalorian's commitment is that he cannot remove his helmet before any living thing. Ever. (Again, the Jewish mother – doesn’t he suffer from vitamin D deficiency?) We got a quick glimpse at Mando’s face at the end of the first series, but I confess I found it quite disappointing – poor Mando was sweaty, bloodied and at death’s door. He didn’t look great. In fact, I was quite pleased when he put the helmet back on, once again assuming his inscrutably cool Bobba Fett scowl.

But how fitting that the masked Mandalorian is the mythical hero of our times, when face coverings are playing such a large role in our lives. Many of us have had odd social experiences when meeting masked friends, struggling to recognize each other and make our muffled words intelligible; or even battling to see anything at all through our fogged-up glasses.

Our present need for masks also reflects our inability to understand current events. Why have we been struck by this devastating virus? Why are so many people suffering? We can’t answer these questions because we live in a time of ‘hester panim’, which means ‘hidden face’.

When we can see someone’s face, we can better understand their thoughts and feelings. But when a face is hidden, or turned away, it’s much harder to know. Some critics say Mando’s mask makes him a tabula rasa - the blank slate, and therefore enables viewers to project their own persona onto him, while others questioned the decision to keep him constantly hidden – it’s very difficult to empathize with a character whose facial expressions are invisible. Indeed, when Vader’s mask is finally removed in Return of the Jedi, he becomes human and vulnerable at last, and with this, his redemption is sealed. With the Mandalorian’s face hidden, he is remote, difficult to understand, and unpredictable. It’s ‘hester panim’ in action.

The word ‘hester’ – hidden -- is linked to the name ‘Esther’ because this idea is illustrated in the Purim story. Throughout the Book of Eshter, God is not mentioned. The Jews face complete annihilation, but suddenly everything is turned around; Haman and all his sons are hanged, while Mordechai, Esther and all the Jewish people are saved. The salvation comes through a complex series of natural events, but it is clear that God was running the show all along, though His intervention is hidden. This is why Purim is the festival of dressing up – we wear masks to remind us that God is still there, hidden behind the mask of nature.

This concept of the concealed face is explored even more mystifyingly in the Torah when Moses asks to see God’s ‘glory’. God responds that Moses can’t see His ‘face’, but instead he is shown His ‘back’. Rashi explains that God showed Moses the knot of His tefillin which rests of the back of the neck, symbolizing His eternal connection to the Jewish people. On a basic level we can understand from this that to see a face is to gain true understanding and perception, which is not possible for a living human when relating to God, even the great Moses. In fact, the Hebrew word for ‘face’, ‘panim’ expresses this as it also means ‘inside’ because the face shows what is inside.

Clearly we are living in very difficult times and it’s hard to feel the goodness of God’s plan when His face is so hidden. But just like the Jews of the Purim story, one day the mask will be removed and we’ll see how everything made sense.

Much the same can’t be said for the Star Wars films which are filled with so many themes and references that are impossible to decipher. But at least they’re fun! And maybe the Mandalorian can also help me understand some of these deeper ideas, just a little Baby Yoda sized bit at a time.

Cobra Kai: The Sensei vs the Rabbi
Adam and Eve Were Vegan
Bechukotai 5782: Divine Retribution
Behar 5782: Working to Live or Living to Work?
Comments
MOST POPULAR IN Art Smarts
Our privacy policy