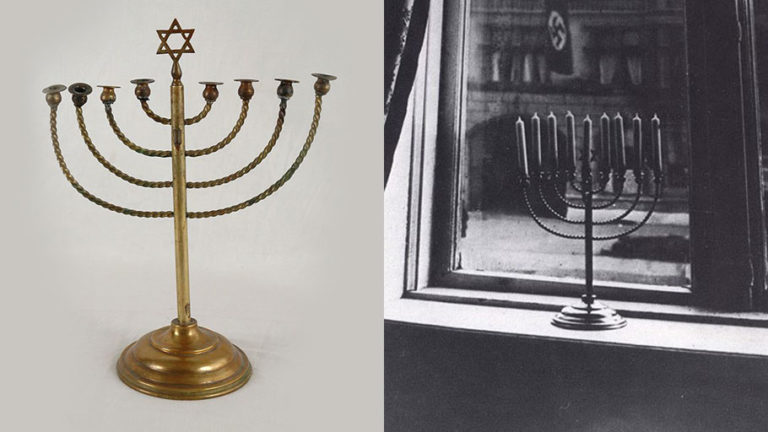 A moving photo and the menorah that bears testimony to the eternal Jewish nation.

Rachel Posner’s life changed in 1932. A mother of three young girls, she lived in the northern Germany city of Kiel where her husband Akiva served as rabbi for the city’s 600 Jews. Anti-Semitism was rising. Parks and buildings now sported signs reading “Entrance to Jews Forbidden” and the Nazis had just opened up a headquarters right across the street from her apartment. An ugly swastika now obscured the view from her window.

When Hanukkah came and Rachel placed her family’s menorah in their window, she was greeted once again by the sight of that swastika flag. With the Hanukkah menorah in place, she snapped a photo - and when the pictures came back from the developers, she defiantly inscribed the back.

“Death to Judea”
So the flag says
“Judea will live forever”
So the light answers. 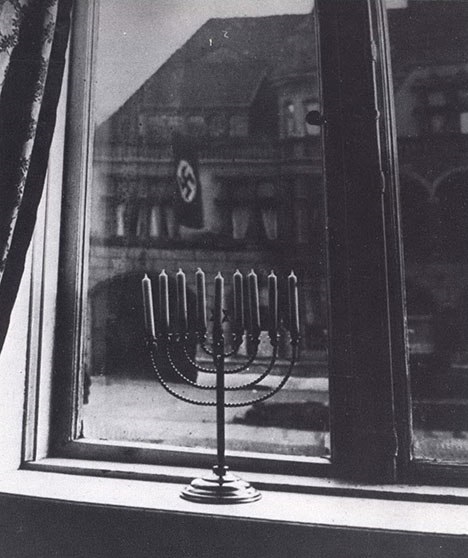 Menorah in the window

That was the Posner family’s last Hanukkah in Kiel. Rabbi Posner wrote an angry letter to the local newspaper complaining about Jews being banned from public spaces, and the local Nazi leader demanded to debate him in public - or else. Sensing just how dangerous it was becoming to live as Jews, Rachel and Akiva encouraged the city’s Jews to flee. In 1933, they left themselves, moving to the land of Israel, along with many of Kiel’s Jews. 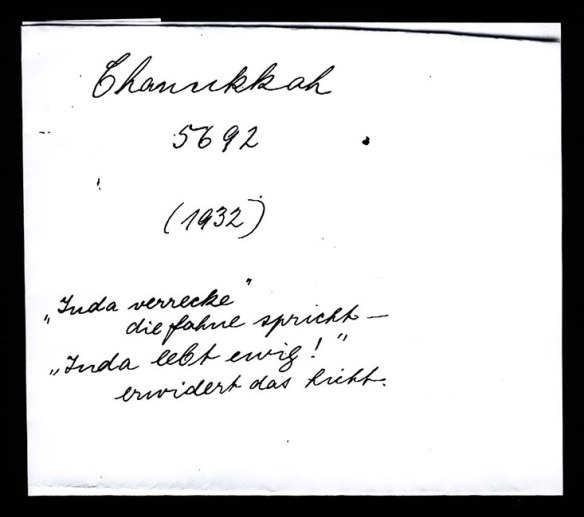 The back of the photo: Judea will live forever

They settled in Haifa. Although Rabbi Posner was offered a job as a rabbi by Rabbi Abraham Isaac Kook, the Chief Rabbi of Israel, he refused, explaining that he couldn’t lead a community in Israel while his long-time community was still back in Germany. Instead, he became a librarian. Rachel and he lit their same family menorah each year, as their three daughters grew up and later as they watched their nine grandchildren grow.

Both the menorah and the picture of it that Rachel snapped in 1932 “were part of the family’s history, but nobody ever made a big deal about it” explained Yehuda Mansbach, Rachel and Akiva’s grandson. Today, the menorah sits in Yehuda’s window, but instead of facing a Nazi headquarters it looks out over his yard in Beit Shemesh, Israel. Each year, he lights it with his wife and eight children. The menorah left their house briefly in 2009, when Rachel and Akiva’s great grandson Akiva Mansbach was a soldier in the Israeli Defense Forces and brought the menorah to his base for his fellow soldiers to use. 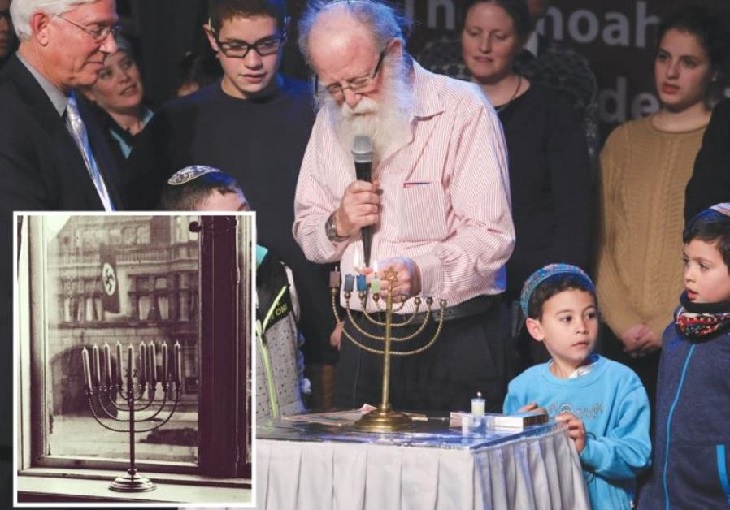 In 2016, Yad Vashem asked the family if they could display it as part of an exhibit on Hanukkah menorahs and the Holocaust - not realizing that it was still in use. “When people from the museum approached me and asked if they could use the menorah in the exposition, I told them, it’s not an artifact - it’s being used, we light it every year!” explained Akiva Mansbach. 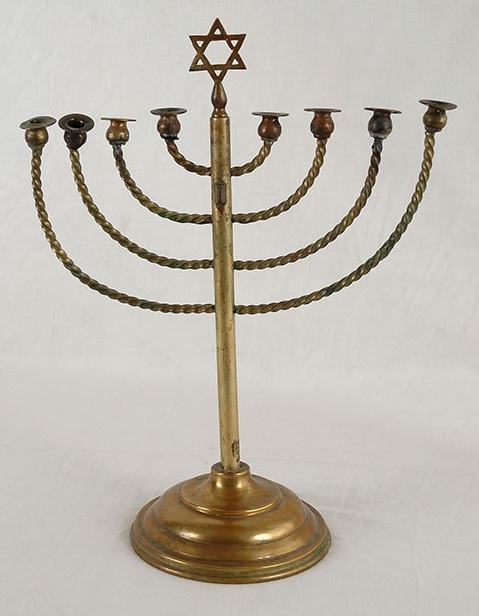 The museum and the family worked out a compromise: Yad Vashem could display the menorah, but would return it to its family to be used over Hanukkah. Each Hanukkah as the descendants of Rachel and Akiva Posner kindle the Hanukkah lights in their homes in Israel, they recall their great grandmother’s powerful words, which seemed so unlikely back in 1932, but which have sustained their family and the Jewish people through the ages: no matter what befalls us: “Judea will live forever.”

The History of Hanukkah They Didn't Teach You in Hebrew School
What Does Kosher Mean Literally?
Live Abortion Panel
Morality and Abortion: Three Views
Comments
MOST POPULAR IN Jewish Society
Our privacy policy