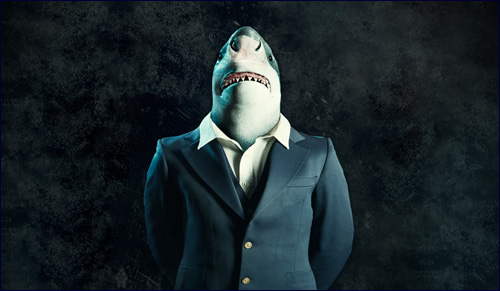 When mankind ignores the inherent equality between the sexes and their mutual responsibility, the flood is not far behind.

The beautiful, brand new world quickly devolved – perhaps not in a physical sense, but certainly in a moral sense.

Adam and Eve had only one prohibition to avoid, but they failed miserably. Their children, Cain and Abel, were the first of many siblings with dysfunctional relationships; in their case, the result was Abel’s lifeless body, the victim of a senseless killing. From this unfathomable nadir, the situation continued to deteriorate, coming to a crescendo with the generation of the flood:

When men began to increase on earth and daughters were born to them, the Bnei Elohim saw that the daughters of men were beautiful and took women from among those that pleased them… the Bnei Elohim cohabited with the daughters of men, who bore them offspring. They were the heroes of old, the men of renown. God saw how great man’s wickedness on earth had become, and how every plan devised by the human mind was nothing but evil all the time. (Genesis 6:1-5)

The wickedness that so displeased God was the behavior of the men who took beautiful women – by force, as they pleased, without the woman’s consent. The language used to describe these men is subject to interpretation: Some commentaries ascribe divinity to the name Elohim, and identify them as fallen angels. Others point at subsequent scriptural uses of the word Elohim to denote positions of power or authority (particularly regarding judges) – in a non-holy sense; hence, they translate Bnei Elohim as “the powerful.” The Malbim (Meir Leibush ben Yehiel Michel Wisser, 1809-1879) combined the two approaches, explaining that the powerful classes deluded the masses into thinking that they were somehow above them, that they were special, even divine, and therefore entitled to take whatever (or whoever) caught their eye.

Apparently, God did not agree. He informed Noah that the corrupt civilization would be eradicated, and instructed him to make an ark. Although we would have expected these instructions to include the word “build,” this verb is strangely absent, and we are practically forced to compare the verb ‘aseh, “make,” with the words used to describe Creation itself in the opening chapters of Bereishit. God creates (as in Genesis 1:1,21,27,28) as well as makes (1:7,16,25, 26,31; 2:2,3,4) the cosmos. Creation (barah) is generally reserved for ex-nihilo creation, making from nothing, of which God alone is capable. Asiyah – forming something using pre-existing materials, is a type of creativity mankind can master. Noah was therefore commanded to make a boat; the next chapter of creation would require Noah to act as handyman, not Creator. There can be no illusions as to the lack of divinity involved in this sort of creative endeavor. And who is to join Noah on this craft? The powerful, self-ordained demigods are excluded. The men who grab whatever women they fancy are excluded. Instead, the animals and people who are invited aboard come two by two, in pairs. They are lovers, partners – equals.

Adam regarded Eve not as a conquest, but as a cherished half of himself, a companion and an equal.

The Hebrew word meaning “to build” is found only one time in the chapters describing Creation:

And Almighty God built (vayiven) the rib that He had taken from the man into a woman; and He brought her to the man. (Genesis 2:22)

In describing the creation of the woman, the Torah tells us that she was “built” – fashioned or formed – out of Adam’s body.

Then the man said, “This one at last is bone of my bones, and flesh of my flesh. This one shall be called Woman, for from man was she taken.” (Genesis 2:23)

Adam immediately understood the significance of the process through which his mate was formed; he knew what his descendants refused to recognize: Eve was a part Adam. They were one. The division between the two was superficial, artificial. Adam regarded Eve not as an object, not as a conquest, but as a cherished half of himself, a companion, a lover – and an equal. Adam (or perhaps God, the Divine narrator in the subsequent verse) declares with a romantic flourish that husband and wife should cling to one another, reuniting the two halves that were artificially separated.

Hence a man shall leave his father and mother and cling to his wife, and they shall become one flesh. (Genesis 2:24)

Throughout history, powerful men – whether they wielded political, judicial, or economic power, or even plain, old fashioned brute strength – have forgotten these words. They have failed to learn the lesson of the flood. Had God not expressly promised never again to use this terrible form of destruction, one fears that mankind would have been washed away long ago.

Politicians, judges, clerics, movie producers, and brutes in every other walk of life, abuse their power. They manipulate, violate, and victimize, and turn a blind eye to the very purpose for which this world was created. If they are unable to remember that Eve was built from Adam, at the very least they should recall that God instructed Noah to save all His creations in pairs, two by two. When mankind ignores the inherent equality between the sexes and their mutual responsibility, the flood is not far behind. It may not take the form of a biblical deluge, but it will, indeed, bring about the decimation of human society. In the words of the bard, “A hard rain’s a-gonna fall.”

Identifying As A Jew in an Anti-Semitic World
It Takes A Lot Of Faith To Be An Atheist
How Instagram Brought Back This Nostalgic Soup
What Makes Eli Run?
Comments
MOST POPULAR IN Current Issues
Our privacy policy