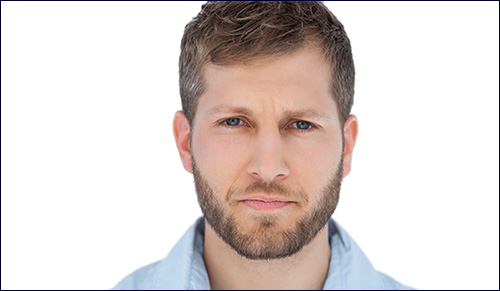 It’s during the quiet times of life that we show God what we are truly made of.

Post-Sukkot always feels like such an anticlimax. Major holiday after major holiday passed us by in quick-fire procession. We progressed from the awe of the month of Elul and the High Holidays to the joy of Sukkot and the thrill of Simchat Torah, with almost no respite in between. And then it all fades – as quickly as it came – followed by the drab, festival-free month of Cheshvan. Back to school, back to work, same old scene. Life as ordinary as it gets. Just as quickly as we were catapulted to the heights of spirituality, we are cast down to the depths of mundane living. How are we to weather the transition?

In truth, there is something special about the quiet times of life – something we just cannot experience during the momentous times. My teacher Rabbi Yochanan Zweig offers an excellent illustration.

Imagine it’s 7:30 a.m. You’re hurriedly making the kids’ lunches, signing their assignments, finding their missing shoes, and getting them ready for school. Suddenly your wife goes into intense labor; you need to leave to the hospital immediately. It’s two weeks early; for whatever reason the arranged babysitter can’t make it. Neither set of grandparents lives locally. You knock on a neighbor’s door in a panic. Help!!!

Needless to say, almost any neighbor, no matter how busy she is with her own children and even if you don’t have the closest relationship with her, will instantly drop everything to help. Don’t worry about a thing! I’ll take care of everything. Just hurry out. Everything should just go well!

Now imagine scenario two. You knock on a neighbor’s door one evening. Everything is fine, no emergencies, no sudden change of plans. You and your wife just feel you could use an evening off. You want a one night break from the stress of making supper, washing the dishes, the daily bedtime routine – a few hours to forget it all and re-energize your relationship with each other. Short of a well-paid babysitter, who could you ask to do all this? (Maybe your mother – if she forgot the last time she tried to get your kids to bed, that is.)

In the first scenario the need is urgent. Your neighbor is willing to be inconvenienced because she understands that your need is great. Who wouldn’t lend a hand during such an emergency? Yet in the second scenario, the friend who actually agrees to help you demonstrates even greater devotion – precisely because the need is not so great. That true friend is willing to give of herself and help you even when you don’t really need it. The act is smaller, yet the devotion it demonstrates is commensurately greater.

This illustrates the difference between the festive month of Tishrei and that of Cheshvan. During the High Holidays and Sukkot, even God’s not-such-devoted servants are there praying in the synagogue and eating in the Sukkah. When it’s clear it’s a high-stakes time, everyone knows he must do his part. This is judgment time; the entire year depends on how we behave right now.

The true test of a human being is when he does not know he’s being tested.

But when it’s all over and quiet returns, it is only God’s true friends who are still there. Everyone is on his best behavior fasting and praying on Yom Kippur. But how do we act during the ordinary times of life – when the kids are maddening, the boss is infuriating, and someone cuts ahead of us in line? The true test of a human being is when he does not know he’s being tested.

Our Sages teach us, “Be careful with a minor mitzvah (commandment) as with a serious one, for you do not know the reward for the mitzvot” (Pirkei Avot 2:1). The simple explanation is that we can never take it upon ourselves to judge the relative worth of the commandments. Rabbi Zweig saw a much deeper insight in the words of the Sages. Take every mitzvah seriously – both the major and the minor – because we do not know how God measures our deeds. Perhaps God rewards more generously for the major mitzvah because the act itself is so weighty. On the other hand, perhaps He rewards more for the minor – because even though it was minor we made the effort to fulfill it. If it was minor and we still took the pains to observe it, we truly showed God we care about Him – and that in itself is so much more precious to God.

Everyone is familiar with the famous story of Hananiah, Mishael and Azariah, the three young Jewish nobles in Babylonia who refuse to bow to Nebuchadnezzar’s idol. The king orders them thrown into a fiery furnace, from which they emerge unscathed (see Daniel 3).

The Talmud (Sanhedrin 93a) wonders about this and suggests a few answers. One of the answers seems especially uninspiring: “They went to the Land of Israel, married, and had sons and daughters.” In other words, they quietly lived happily ever after – no more heroics, no more life in the spotlight. They passed the rest of their years peacefully and uneventfully, leaving forever the stage of history.

An anticlimax! Beforehand they were the big heroes, the stuff of legends, objects of God’s miraculous salvation. Immediately after they fade into complete anonymity, not even warranting further Scriptural mention.

My grandfather Rabbi Zvi Elimelech Hertzberg, a Belzer Hassid who served as rabbi of a Baltimore synagogue filled with Holocaust survivors, explained as follows. We tend to view the heroic moments of life as what life is all about and what defines us as people. But it is not so. It is the small, quiet ones that truly define us. Speaking to a roomful of Holocaust survivors, my grandfather explained that there is no greater blessing in life than living an “ordinary” life – earning a living, raising a family and teaching them proper values – a life without fanfare and heroics. If God wants us to go through fire and water to serve Him, we will do it. Many “simple” Jews have given all for their beliefs when heroism was called for. Yet that is not what we live for. We pray to God for calm, tranquil, uneventful lives. No great moments, no grand finale, no bottom of the ninth with the bases loaded.

And rather than dulling us into a distracted stupor, such times are what life is all about. For those are the times we can show God we truly love Him.

Treasuring the Details
The Softball Player
How This 6 Generation Bread Baker Brought Back Israel’s Ancient Grains
Olivia Newton John’s Grandfather was a Nobel-Prize Winning Jewish Physicist
Comments
MOST POPULAR IN Spirituality
Our privacy policy
Aish.com Is Looking for Great Writers