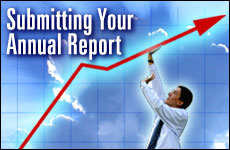 The latest issue of my Brandeis alumni magazine devoted two thirds of a page to the success of one graduate of the Class of '87. Her stunning achievement? She is Hollywood's only female sword-master and has become director of theatrical combat at the Beverly Hills Fencers' Club.

How does the magazine editor decide which graduate's career is worthy of highlighting? What criteria of success qualify to make one's alma mater proud? Wealth? Fame? Contribution to society? ness of profession?

The alumni themselves are invited to write in to describe their own recent accomplishments. This latest issue, for example, lists these truly noteworthy and hard-won accomplishments:

Reading of my fellow alumni's various achievements, I wondered what a spiritual version of the magazine would look like. After all, a person can be justly proud of getting a degree, a promotion, or an award, but are spiritual achievements any less important? If B.G. is feted because he got a promotion up the corporate ladder, shouldn't he be feted for becoming a kinder person this year? If N.H. is congratulated for getting a post-doc degree, shouldn't she be congratulated that she stopped yelling at her kids?

From a Jewish standpoint, the measuring rod of significance in life is a spiritual barometer.

According to Judaism, the measuring rod of significance in life is a spiritual barometer. Thus, when N.H. gets that post-doc degree, from a Jewish standpoint she deserves congratulations because she exhibited the qualities of industriousness and perseverance to earn the degree. And if these qualities did not come naturally to her, she deserves even more accolades.

Contrary to popular perception, wealth, fame, and success are gifts from God, Who endows people with talent, intelligence, and specific aptitudes.

My book Holy Woman, which was published in May, just went into its fourth printing. Recently someone asked me, "You must be really proud to have written a bestselling book."

I replied, "Not really. Most of the ingredients of the bestseller -- my writing talent, my becoming acquainted such an amazing woman to write about, my access to the right people to interview [three of whom died a few months after the interview] -- all that came from God. My response is less pride than gratitude. But when I exercise enough self-discipline to get to bed on time, then I feel really proud."

While my alumni magazine prints only those reports submitted by proud alumni, its spiritual counterpart features a report by every one of us without exception. As the High Holy Day liturgy puts it: "The signature of every person's hand is in it."

And if, as Rosh Hashana draws near, we realize to our chagrin that we have few spiritual achievements to report, it's still not too late. The ten days between Rosh Hashana and Yom Kippur, called "The Ten Days of Repentance," are an ideal time to score some spiritual goals. The deadline for submissions to our spiritual alum magazine is Yom Kippur.

From an alumni magazine, we can learn two important spiritual lessons. The first is: Idealize upward movement.

alumni generally report new jobs, promotions, recently awarded distinctions, etc. Similarly, in our spiritual lives we should strive to constantly reach new levels. V.N. would be embarrassed to report: "I'm working at the same mid-level job I've had for the last 15 years." So why shouldn't V.N. be embarrassed to admit, "The same things that ticked me off 15 years ago still make me ballistic"?

J.H. would be loathe to submit for the 2006 issue, "I was named the 1995 Psychologist of the Year by the Florida Psychological Association." Yet how often when we search for our spiritual accomplishments do we revert to, "I started eating kosher 11 years ago." When we stand before God on the High Holy Days, God wants to hear about how we grew, changed, and progressed this year.

The key word here is "progressed." Spiritual achievement means that you're better in a particular character trait or mitzvah than you were last year. "More of the same" doesn't cut it.

So, if you are by nature and habit generous, reporting, "I gave $10,000 to Yad Eliezer for food distribution in Northern Israeli bomb shelters during the recent war," may not be at all impressive, because God is interested only in progress reports.

Let's say, on the other hand, you are by nature tight-fisted, never give to charity, and always throw out all your junk mail charity solicitations without even opening them. One day this August on your way between your mailbox and the trash basket, you noticed that one envelope was from Yad Eliezer and emblazoned on it were the words, "HELP ISRAEL'S NORTHERN RESIDENTS." You opened the envelope, read the appeal, and battled with yourself about whether to donate money. Finally, you decided to help, and wrote a check for $25. That's a spiritual victory!

That's why I feel prouder about getting to bed on time (in order not to be cranky the next day) than about writing a bestselling book. Writing comes easily to me. There's no battle involved, and therefore no victory. Getting to bed early enough to get a good night's sleep (a key to spiritual success), however, is a nightly fencing match with my yetzer hara. In collusion with my addiction to "getting one more thing done," it seduces me with temptations such as, "Just unload the dishwasher, so you can wake up to a clean sink." When I exercise enough self discipline to overcome its blandishments, I achieve a hard-won victory. I have to keep my sword to the yetzer's throat until the moment I turn out the light.

The second profound lesson we can learn from an alumni magazine is: Validate every accomplishment.

One of the greatest detriments to spiritual growth is our minimizing of our spiritual victories. K.W. is proud to report that she got her M.D. from Middlesex School of Medicine. So what that it wasn't Harvard Med! Yet most of us downplay our spiritual accomplishments: "So, I didn't yell at the kids this time, but I yelled at them twice yesterday." "So I let someone into the supermarket line ahead of me, even though I was also pressed for time. What's the big deal?"

We know that the best way to educate our children is with positive reinforcement. If we want our child to sit still when eating, we have to reinforce every three minutes she sits still, heaping on her attention and praise. Why, then, are we so remiss with reinforcing our own desirable behaviors?

There is no such thing as an insignificant spiritual victory.

When we face off with our yetzer hara, we have to be the home team. When a home team football player scores five yards, the fans cheer wildly. They don't pooh-pooh it, saying, "It was only five yards. It wasn't a touchdown." The more we cheer for our spiritual victories, the more victories we'll score.

Your mother pushed your button and you didn't snap back at her? Hurray! Bring out the band! Your co-worker at the water cooler started to gossip, and you changed the subject? Bravo! Give yourself a mental bouquet of roses!

These feats deserve at least as much recognition as becoming the first female sword-master in Hollywood.

As Rosh Hashana approaches, sit down and make a list of all the ways you've grown and improved this year. Don't consider any accomplishment too small. Then resolve to make new strides in the new year -- not giant leaps, but small, consistent steps.

There is no such thing as an insignificant spiritual victory. Emblazon that motto on your desk and start cheering!