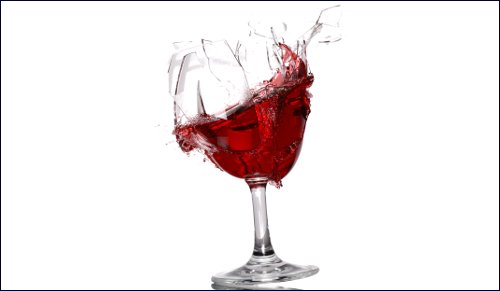 Broken implies that fixing something is hopeless. More often than not, that’s not the case.

Recent headlines have declared so many things to be broken it’s a wonder we can still function at all: one newspaper declared that cyber-security passwords are “broken”, the leader of a major insurance company has declared insurance billing systems to be “broken”. Government departments are routinely described as broken, the dating system has been described as broken, grade inflation means that grade systems are broken.

Broken implies that something is fundamentally dysfunctional and unworkable, and that there’s little point in trying to change. The entire system needs to be scrapped and thrown out. You can't improve something that's smashed to pieces.

Using overly harsh words affects the way we perceive the world and makes us feel even more negative than before. A student who constantly bad-mouths his school will ultimately feel even worse about it than before. A wife who routinely describes her husband in the worst possible terms will dislike him even more;

Speech influences our thoughts for both good and bad, but researchers have found that “bad is stronger than good”. That was the title of a landmark 2001 paper authored by Prof. Roy F. Baumeister of Case Western Reserve University. Prof. Baumeister found that people are hardwired to pay more attention to warnings and negative descriptions than we do to positive words; “bad feedback” - negative comments and words - has “more impact than good ones”.

Describing conditions that frustrate or displease us as "broken" feeds into the language of hopelessness and despair, not change.

Describing conditions that frustrate or displease us as "broken" feeds into the language of hopelessness and despair, not change. It ignores what is working and sends the false message that the damage is beyond repair.

The Torah takes a completely different view, urging us never to give up on a situation, but rather to work on finding ways to make things better. Instead of the mental shrug implied when we describe a situation as “broken”, Judaism urges us to engage, delving into problems and thinking of ways to help.

Rabbi Tarfon lived in the Israeli city of Lod in the First Century CE, during a time of political turmoil and religious repression when the Roman authorities were hounding Jews. Yet in his writings there’s no trace of fatalism. He was famously said, “You are not require to complete the task, yet you are not free to withdraw from it” (Pirkei Avot 2:21). Even when it seems impossible to completely fix a situation, we have a duty to try to our utmost to work and make a difference. He didn't give up and describe the situation as "broken."

We can start by being more careful with our words. Accurately expressing what we really mean challenges us to end lazy thinking and to understand what is truly upsetting us. So the next time you feel tempted to dismiss a situation as irreparably “broken”, try thinking of a more nuanced word to describe your situation. Is a customer call center underfunded and inefficient? Is a situation unfair or unpleasant? Do you suspect that someone is biased or underqualified? Has a situation made you waste time, feel unappreciated, or yield an outcome you disagree with?

All of these descriptions leave open the possibility of change and imply that problems can be addressed and improved.

I Am Not My Disability

The Most Important People in Your Life: Teachers

The Challenges of Suffering
Deep Breaths
What Happened to the Truth?
The Japanese Everything Bagel Spice Recipe
Comments
MOST POPULAR IN Current Issues
Our privacy policy