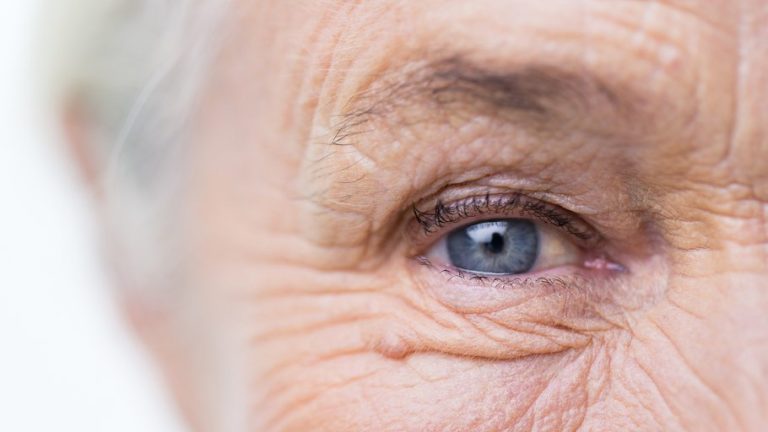 My Alzheimer's patients taught me the essence of who we really are.

As an activity director at a day care center for the memory-impaired, I often ask myself what I have learned from being with people who suffer from Alzheimer's.

One thing I realized is that the mind and the soul are separate. I have seen the soul of a person express itself despite a very clouded mind. In fact I have witnessed this so many times I have come to expect it.

The first time I saw the spiritual side of a memory-impaired person take over was during a personal crisis. My father had recently returned home from the hospital after heart surgery and he was very disoriented. It was Shabbat eve and several of us kids were sitting around the table, grateful and nervous at having him returned to us in such a fragile state. My father was not doing well cognitively. He couldn’t remember who was who and kept mixing us up. He demanded to know where the other children were and why they hadn’t come yet. My sister and I began weeping because everyone he was asking for was already there, right in front of his eyes.

My mother tried to calm him by explaining what was going on but that did nothing to ease my father’s agitation. Finally, in frustration, he struggled to his feet. As he held the Kiddush cup in his shaking hand, the wine began to spill. We stood silently in terrible pain as we witnessed his weakness and his strength. For in a voice strong with emotion he recited the prayer in a melodious voice without missing a beat. This man, who for the life of him could not make out his own kids, was able to praise God and sanctify the Sabbath.

I have seen this time and time again in my work. The other day I posed a moral dilemma to my clients: There is a man driving his car on a cold stormy night. He sees three people stranded at the side of the road. One is the woman of his dreams. The second is the doctor who once saved his life. The third is an old woman. He has room for two people. Who does he leave behind?

A man named Max, who is so far into his Alzheimer’s that he can’t find his way home although it’s next door to the center, ruined my game. Without even contemplating the choices, he said very simply, “I would get out of my car and give it to them.”

Another one of our members is a Holocaust survivor named Abby, who survived the war by living in a Christian orphanage. One morning the lady who sits next to her kept repeating, “Help me, help me. Somebody help me.”

Abby, who no longer recognizes her only son, leaned in close to the other lady. "What is it dear?" she asked. "Are you scared? Do you want to go home? We are all in this together. You just have to make the best of it and stay out of trouble."

Then Abby picked up the other lady’s spoon and began to feed her some applesauce. I watched from the corner of the room, like I often do, observing the behavior of these old folks who live in a twilight zone. And I thought how well Abby had just described this world. Here we are together in this world of nonsense and materialism and our souls are not happy. They want to go home yet must live in a place full of difficult tests. The best we can do is help other people in need.

On Rosh Hashanah God sees who we really are.

If I have learned one lesson from working with people suffering from dementia, it is this: Work on yourself and strive to perfect your character. Because when most of your intellectual powers are gone, the kernel that remains will be who you really are.

On Rosh Hashanah we will stand before the Almighty who has been in the corner observing us. All of our masks and personas, illusions and excuses will disappear. God sees through all that. All that will be left is who we really are – our soul. Our true inner self shines through, no matter how much fog descends upon it.

Yehudit Channen is a writer/editor  for different publications and a madricha at Melabev, a day care center for memory-impaired elderly. She lives in Ramat Beit Shemesh with her husband and children and is blessed to have many grandchildren living close by.

Olympic Champions
Why My Iranian Mother Didn’t Want Me to Become a Religious Fanatic
The Jewish History of Prague
Why the Sexual Revolution was Bad for Women
Comments
MOST POPULAR IN Current Issues
Our privacy policy
Aish.com Is Looking for Great Writers