Sodom, Ruth and the Kindness Imperative 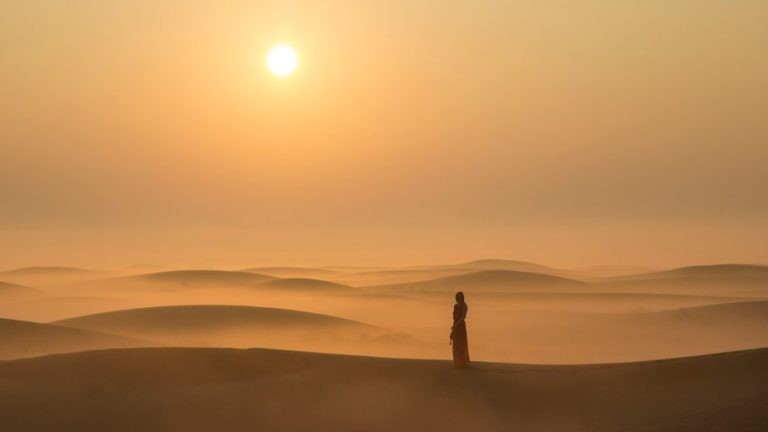 An in-depth analysis of Ruth’s unique journey to the Jewish people and how she brought with her the key to humanity's redemption.

Ruth came from a very murky lineage. Her great grandfather was the enigmatic Lot, who journeyed to the land of Canaan with Abraham, but chose at the last moment to leave Abraham and settle in the infamous Sodom, a city rabidly infected with xenophobia where citizens literally tortured do-gooders. Ruth’s meteoric rise to greatness as the progenitor of King David, and through him, the Messiah, packs a very powerful punch in Jewish thought. The fact that Messiah could descend from someone who came from such a lowly place is an incredible message of hope and of the power of the individual to soar beyond any limitations.

The Midrash does not try to smooth over these unprepossessing ancestors; in fact, it articulates our shock that such lowliness could possibly bring to such greatness: "I have found my servant, David!" God proclaims. "And where have I found him? In Sodom!" (Breishit Rabba, 50)

It is hard to fathom. How could Lot have chosen to establish himself in a place that was the exact antithesis of Abraham?

In a stunningly beautiful 400-page exposition of the Book of Ruth, called Rising Moon, Rabbi Moshe Miller shows how this conundrum of why Lot left Abraham and why he left to Sodom lies at the root of the whole Messianic saga.

While Lot left Abraham for Sodom, Ruth, a Moabite, descendant of the child born to Lot and his own daughter after the apocalyptic destruction of Sodom, reversed Lot's journey and returned to the Jewish people. She came back from Moav/Sodom, bringing with her the key to humanity's redemption.

The maxim "What's mine is mine and what's yours is yours" sounds like a perfectly reasonable life philosophy. This vacuum cleaner is mine. I am happy to lend it to you but please return it in good shape, and when I borrow your drill I’ll try to do the same. But according to the mishna in Ethics of Our Fathers, some opinions, surprisingly, view this approach as “Sodom’s modus operandi". What could be wrong with borders clearly marking my property and yours?

In Sodom's worldview, kindness is the cruelest thing you can do to a person, because it makes the person needy and dependent.

If Abraham was known for his boundless giving, – doors in all four directions so anyone in need had easy access, welcoming guests even while in pain from an operation, praying to save the lives of wicked people – Sodom's mentality was the exact opposite. In their worldview, kindness is the cruelest thing you can do to a person, because it makes the person needy and dependent. In an Ayn Rand tour de force, Sodom believed that social welfare weakens a person and makes them clingy and pathetic. Disallowing kindness and tzedakah was ultimately for the person's benefit. If you know that you can never borrow my vacuum cleaner – what's mine is mine and what's yours is yours – and you have no one to depend on but yourself, you’ll be forced to pull yourself up by your bootstraps and buy your own vacuum cleaner. And what gives a person greater joy than strength and independence?

Thanks, But No Thanks!

Because with all the beauty of pouring out loving kindness on those around you, there is a problem with chessed. No matter how well meaning the giver is, the person on the receiving end always feels a little erased. There is a knee-jerk reaction to wrench away from whomever is giving to you, to assert one's independence. “Thanks for thinking of me but I've got it. I can manage on my own.” Receiving, for most people, is cringe-inducing.

Standing in the glow of Abraham's sun, Lot felt erased, diminished and marginalized, so he went to the place farthest away from Abraham that he could find: Sodom – whose motto was give nothing at all. Autonomy and independence is king.

Lot's dilemma was a microcosm of the human dilemma: Does receiving from someone else turn me into a non-entity? Do I lose or gain by entering into a relationship?

Sometimes It Takes a Woman

It is interesting that it had to be a woman who would bring Sodom's message of independence and autonomy back to the Jewish people (because only women Moabites were allowed to marry into the Jewish people and not male-Moabites). It had to be a woman – cast biologically and metaphorically as a receiver – a woman who back in the Garden of Eden was created in the context of relationship: "opposite man", who would teach the world about the gift of vulnerability.

The independence and autonomy which Ruth brought back from Sodom – in its more evolved form – was not meant to be used for sometimes selfish me-time, but in order to allow the perfectly autonomous, self-aware individual to open herself up to relationship. Not because she doesn't exist – but because she does. It was Woman who could teach the world that who has more power and who has less is irrelevant in a world of true chessed.

Circumstances had thrust Ruth, a former princess, into an incredibly humiliating situation. She was a convert in a strange land whose people looked askance at Moabites in general and at her in particular. Her only relative was a destitute fallen-from-grace widow; her sustenance had to come from scavenging in a stranger's field. And yet Ruth does not seem to recognize this, nor seem to grasp the pathetic quality of her situation.

When Ruth asks Naomi if she can go out to search for grain, she makes it clear that she is not looking for food. She is looking for relationship. She is going on a journey of “to find favor in [someone's] eyes." Looking for relationship is the ultimate in vulnerability, perhaps even more than having to beg for your food. You have literally no control over whether someone likes you. Yet Ruth was strong enough to be vulnerable.

The Midrash tells how she searched among the fields, going back and forth until she found exactly the kind of person she was looking for. It was the greatness of Naomi which had drawn her to Judaism, and in this journey as well she would not settle for less.

And then she finds Boaz, the leader of the generation. He is incredibly kind to her, and Rabbi Miller's close reading of the text offers a fascinating subtext to every word of their conversation, revealing insight after mind-boggling insight. Yet, at the end of the conversation, Ruth is still the beggar, scrabbling for scraps.

Unlike Lot, Ruth knew that the flow of giving and receiving is not hierarchical; it is mutual.

Ruth came from Moav whose roots were in Sodom, and she never forgot that. She never lost her independent, autonomous self, even as she was drawn to the relationship of love which Judaism offered her. Unlike Lot, she knew that the flow of giving and receiving is not hierarchical; it is mutual. Every giver needs a receiver, just as every receiver needs a giver. Relationship – opening yourself up, being vulnerable – is ultimately expansive, not diminishing.

Our Sages, with their exquisite sensitivity to nuances, point this out in the words Ruth uses to tell Naomi about her activities in the fields of Boaz that day.

"The poor person does more for the rich person than the rich person does for the poor person. We derive this from Ruth's statement to Naomi, "the name of the man with whom I dealt with today [is Boaz]." Ruth did not say "the name of the man who did something for me, but rather, "I did for him", [as if to say] "I did so much for him, did so much good for him, all for a single piece of bread." (Rus Rabba, 5.9).

Lot felt erased, or imposed upon by the gifts bestowed upon him by Abraham. It would take a great woman, with a very great sense of self, to teach the world that chessed is a two-way channel.

Though Ruth is compelled by circumstances to marry Boaz, at no time does she seem to feel commandeered into a compromised situation. At all times she allows herself to be open and vulnerable. Indeed, Boaz thanks her for this: "Your latest kindness is greater than the first, in that you have not turned to younger men, whether rich or poor."

Lot escaped because of his fear of losing himself. Ruth the Moabite woman, who knew that the antidote to the shame of receiving is the joy and satisfaction of relationship, returned – vulnerable, but fearless.

The message is not to give in, give up, disappear and erase yourself. Being a martyr is not being in a relationship, in the same way that a sidewalk does not have a relationship with the person who strides upon it. If we can learn the strength of vulnerability from Ruth, if we can learn that receptivity doesn’t make one weak, that relationship ultimately makes us larger, then perhaps we can create a world of true chessed, where fortresses can be turned into bridges.

The Book of Ruth starts with a famine; fear leaves us empty and hungry. The holiday of Shavuot, from the Hebrew word sova, means satiated. Love and relationship, especially with God and His Torah, leave us awash with abundance, satiated and full.

A version of this article appeared in Mishpacha magazine.

The Revolutionary Revelation
Deep Breaths
What Happened to the Truth?
The Japanese Everything Bagel Spice Recipe
Comments
MOST POPULAR IN Shavuot
Our privacy policy