Simchat Torah: Just You and Me 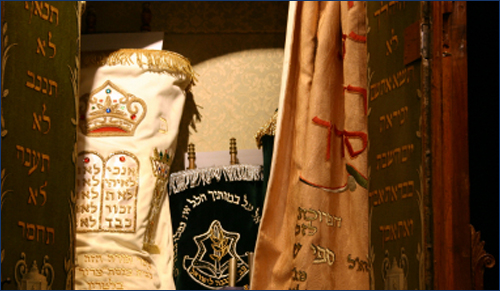 Amidst all the dancing and revelry, we realize just how alone we are with God.

Simchat Torah is given a curious description in Torah: “On the eighth day shall be a holy convocation to you… it is a holding back (atzeret)” (Leviticus 23:36). What in the world is a “holding back?”

The Midrash explains: God says to Israel, “I hold you back unto Me.” It is as a king who invites his children to a feast for a number of days. When it is time for them to depart, he says, “My sons, please remain with me one more day. Your departure is difficult for me.” We have just gone through a Rosh Hashanah, a Yom Kippur, and a Sukkot together. I have judged you, forgiven you, and shaded you in My protective Clouds. And I don’t want to let go of you so soon. Stay for just one more day.

Why do we celebrate the Torah on this day?

There is thus something very intimate about Simchat Torah. After celebrating so many other festive occasions, God asks for one last day – just us alone. No special activities – no shofar, no judgment, no sukkah, no lulav. Let’s put it all aside and spend one more today together – just Me and you. In fact, the earlier holidays related to all mankind: On the High Holidays God judges the entire world. On Sukkot we would bring Temple sacrifices for the well-being of all the nations. But not Simchat Torah. God asks for just a little quiet time together. No one else; just the two of us.

How do we celebrate our special day with God? By taking His special gift to the Jewish people – by holding and dancing with His Torah.

But why do we celebrate the Torah on this day? Didn’t we receive the Torah on the holiday of Shavuot – which commemorates the Revelation at Mount Sinai? Why the opposite end of the year?

The answer is that we lost the Torah we received on Shavuot. After the Revelation, Moses remained on the mountain for 40 days as God taught him the Torah he was to teach the nation. He descended the mountain only to find a fraction of the nation dancing around a Golden Calf – with most of the people indifferent to the tragic affair. Moses smashed the Tablets, annulling our first “marriage” with God. We had lost the Torah we had only so recently acquired; we had failed to live up to its ideals.

Moses spent the next 40 days beseeching God not to wipe out the nation utterly. He then spent another 40 days on Mount Sinai receiving the Second Tablets. He returned at last on Yom Kippur, when God forgave the nation entirely. This is the Torah we celebrate on Simchat Torah.

There are thus two dates in the Jewish calendar in which we celebrate the Torah – Shavuot and Simchat Torah. On Shavuot we celebrate the Torah we had but lost. Why celebrate what we lost? Because the awe-inspiring event of the Revelation at Sinai was one the world would never forget. God descended onto Mount Sinai in all His glory. The world, all of creation stood frozen before God’s overwhelming presence. And Israel was terrified, shaken to the core. We begged Moses to act as intermediary between God and us, “for who of all flesh hears the voice of the Living God speaking from the fire like us and lives?” (Deut. 5:23). It was an overawing experience, one which we as a nation as well as the world over would never forget.

Today many people celebrate Shavuot by staying up the night of the holiday studying Torah. Who can sleep the night before such an earth-shattering event? But not once on Shavuot do we ask ourselves if we are keeping the Torah God gave us. For the Torah of Mount Sinai is not the Torah we have today. The Revelation was the greatest national event which ever occurred to us, but it was one we not able to live up to.

By contrast, on Simchat Torah we do not celebrate our national receiving of the Torah; we celebrate our personal one. God gave us the Second Tablets because He deemed us worthy of receiving them. He had just forgiven us on Yom Kippur and decided to take us anew. And we celebrate by each of us holding close that Torah God entrusted us with and dancing with it. And likewise every single member of the synagogue is called up to the Torah for the reading of a section.

Dancing in a crowd is actually a very personal – almost lonely – experience.

Anyone who has experienced dancing in a crowd knows that it is actually a very personal experience. In spite of vast numbers of people surrounding you, you feel very alone. You lose yourself within a great moving mass of people, unaware of the individuals within the group and your location within it.

When we dance on Simchat Torah we celebrate our very personal connection to the Torah. We at once feel ourselves a part of the great body of Israel, yet at the same time we feel very alone with our God. This is not only the Torah of the nation of Israel; it is my own Torah. And each of us holds the Torah and celebrates just what God’s wisdom means to him personally. For everyone has his or her own perspective on God’s Torah. Everyone has his story, how the Torah has touched his life and how he has become who he is today.

My grandfather’s family came to the United States from the Ukraine in the early 20th century. He was one of 11 children in a very traditional family. They settled in Philadelphia. In a story repeated literally 2 million times, the children were sent off to public school and became “Americanized,” losing most of their religious observances in the process.

All except for my grandfather. Nearly 100 years ago, a local rabbi convinced his father to send his son Abraham to yeshiva in New York. Arriving as a teenager on the original Armistice Day of 1918, he attended what would later become Yeshiva University. He went on to earn rabbinic ordination – as did his son and grandsons after him.

An Invitation To Dance

Dancing with the Torah
Is Grease the Word?
Dried Fruit Compote
Scientific Curiosity and the Divine Encounter
Comments
MOST POPULAR IN Sukkot
Our privacy policy
Aish.com Is Looking for Great Writers