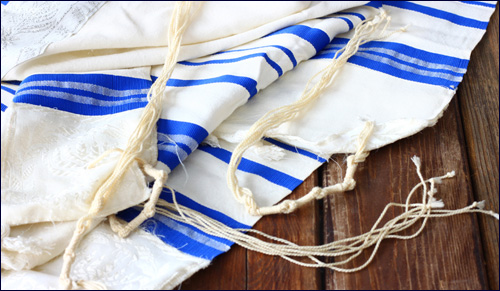 Not everything that happens in shul is in the siddur. Here are my tips on the other stuff.

Not everything that happens in shul is in the siddur (prayer book). Like the Kiddush for example! What’s a newcomer to this strange social gathering to do? Last time, I gave you my tips on how to fit in during services, but this time we’ll focus on the other stuff like what to wear and how to get good positioning at the Kiddush.

People become coat stupid when they enter the shul coatroom.

Leave a Nice Pair of Shoes in Shul

How do women walk to shul in high-heels? I used to wonder that. Until I found out that they don’t. They leave them in shul or carry the high-heels with them in a bag. High-heels are much more comfortable when you carry them. If you leave them at shul, do not worry about somebody stealing your high-heels. They will not be able to run away in them.

Have a Pair of Walking Shoes Handy

This is what the rest of the world knows as sneakers. Religious people call them walking shoes. They could be running shoes, hi tops, cleats or sneakers. We know them as walking shoes.

Wear a Coat that is Unique

The coatroom is packed. Everybody wears a coat to shul when it is cold outside. I cannot tell you how many times I have walked home in a coat similar to mine which is not mine. People become coat stupid when they enter the shul coatroom and their brain tells them, ‘That coat has lapels. My coat had lapels. That coat is mine…no idea how it turned from khaki to green during the prayer services.’ I am left walking home with a khaki jacket and no lapels.

I suggest the “Members Only” jackets. People stopped wearing those in the 1980s. Even though they had lapels, people that wore them will not admit it.

Make Sure You Bring Tissues for Yourself

This will help when the guy next to you sneezes on you.

Take a Strong Stance and Do not move from your Spot at the Post Service Snacks, known as Kiddush

Do not worry about other people getting food. God takes care of those who take care of themselves. God provides for all, but there is only so much herring. Claim your spot at the table and use whatever strength you can muster to push Fran and Bernie out of the way. They will not be scooping any cholent for you. I repeat, do not be afraid to hurt them. As it can get physical, you might want to put on your walking shoes for Kiddush.

They are not just good for keeping bread clean, they also cover a woman’s head during services. Seeing the breadbasket covers makes everybody hungry for Kiddush.

Bring Your Own Kippah & Talis

You do not want to find yourself pulling out a head covering from the Yarmulke bucket. That is an immediate giveaway that you are the non-religious relative of the Bar Mitzvah boy who parked a block away. You also don’t want to wrap yourself in a public Talis. The public Talises only come in scarf form. If you are French and you wrap your scarf for style, then I understand.

The Yarmulke bucket is a lost-n-found of Kippas that were found 45 years ago. Based on my studies of Yarmulke buckets and some of the psychedelic looking Kippas, it is apparent that people used their Yarmulkes as safety reflectors when walking home at night. There were less street lights back in the 70s. I am not sure if they were Conversos, hiding their religious artifacts, but they used all of their Judaica for multiple purposes. They also used their Talises when it was cold, in the winter.

When the Rabbi is Talking, Go to Sleep

This is a very important Jewish tradition practiced by all members of the shul board. This is why it is customary for many congregants to wear suit jackets. They double as a blanket while the rabbi is speaking. It is also more comfortable to wear your walking shoes during this part of the service. A Talis bag, if thick enough, can also be used as a pillow.

If you can’t fall asleep, reading while the rabbi is talking is another acceptable way to show the rabbi that you do not respect him.

Say You Will Give Money

I cannot tell you how many people in my father’s synagogue still owe dues from the 1980s. Even when these people get honored, they don’t pay their pledges. I can’t figure out why they are flipping the numbers with the donation dollar signs on the appeal cards during Yom Kippur. It is as if they are saying, ‘If I were to ever pay my dues and give money to the memorial chapel, this is how much I would give.’

The synagogue is not sick. The community is trying to raise money.

Do Not Feel Bad About What the Rabbi Says

If you are awake for the sermon, the rabbi is going to try to make you feel guilty about something. Forget about it and do not help out with the weekday services. If the rabbi tells you that it is forbidden to speak gossip, keep on telling everybody about your annoying friend. This way, you will have something to say at Kiddush. Do not let the rabbi intrude on your quality of living. The guy sleeping in shul has been showing up for a good 40 years, and he hasn’t allowed for the rabbi to get to him either. He is relaxed, sitting in shul in his walking shoes. He also hasn’t paid his dues.

Pedro Martinez takes Stand; Refuses to Pitch on Yom Kippur
How This 6 Generation Bread Baker Brought Back Israel’s Ancient Grains
Olivia Newton John’s Grandfather was a Nobel-Prize Winning Jewish Physicist
Don’t Believe in Other Gods Versus God is One
Comments
MOST POPULAR IN Jewlarious
Our privacy policy
Aish.com Is Looking for Great Writers