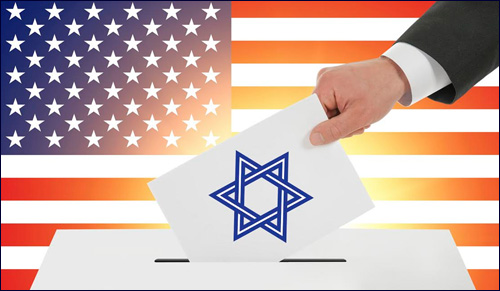 How about mandatory kosher delis in every major city?

SATIRE, NOT POLITICS!: When you go into the voting booth on November 8th, ask yourself this question: ‘Who will take care of our Jewish needs?’ And then, you should recite some psalms.

What about issues like Jewish education, Jewish identity and the cost of kosher food? We need to lobby for Jewish tradition. With that in mind, here are some of my concerns and suggested new bills that must be passed for our people:

At the heart of every Jew is food. And the American people are ruining our tradition, with words like ‘obese.’ We are food lovers and hence…

Mandatory Kosher Delis in Every City

The only Jewish tradition indigenous to America is throwing huge amounts of meat on bread. But I can’t find a decent overstuffed corned beef sandwich in a restaurant with a black and white tiled floor anymore. I say it is the American government that is to blame. It is they who tell us that too much fatty red meat is not healthy. It is because of these government officials that people dare call Subway a deli; shamefully using a third of the meat and a quarter of the fat required to make it a deli sandwich.

Each city must have a restaurant that smells pickled, with a checkered floor that looks like a 1950s washroom. A carpet may be allowed, but only if it is a speckled red and blue carpet, and looks maroon, so that we cannot tell if it has been cleaned or not. It is about tradition.

This is offensive to a people who are required to eat 180 meals over the course of one month of celebration, from Rosh Hashanah till the end of Sukkot. Obese is enough of a description. There is no need to add more sadness and pessimism to it.

It is time to bring kosher to the new school health initiative. Give the kids kishka, tzimis, and other foods they cannot pronounce. Get some schmaltz herring into the public school diet; once the children see it, they will not even want to eat. This will solve the obesity problem in a morbid way.

It is too expensive to be a Jew in America…

I cannot tell you how many people in my father’s synagogue still owe dues from the 1980s. Even when these people get honored, they don’t pay their pledges. I still can’t tell you why they are flipping the numbers on the appeal cards during Yom Kippur. It is as if they are saying, ‘If I were to ever pay my dues and give money to the memorial chapel, this is how much I would give.’

I was at a wedding and the smorgasbord had only salad. No taco or tortilla station. No sushi bar. Dinner came and it was a buffet. I had to get up to get my food. A Shanda. Where is the government?

This will help combat the higher cost of Kosher food. The government has never broached the idea of subsidizing kosher sections in supermarkets. It is time for kosher food stamps for the upper middle class Jews who cannot afford to feed their children Empire chicken.

Note: for Jews who cannot find the kosher section, search for the fridge with same cheese that costs $8 more.

In order to fight against this injustice, religious Jews in Upstate New York threatened to send their children to public schools, knowing that having too many religious looking Jews present would ruin the public school experience. As American culture depends on the lack of a Jewish presence, they received funding. An inspirational story it is. So we must bond together and threaten more with our Jewishness. If they don’t subsidize Jewish eating, then let them know that we might end up making a McDonald’s kosher, and eating there.

Fight Illiteracy without use of Punctuation

Force all children to learn the Talmud. Punctuation is the biggest issue for developing writers. Get rid of it. Teach the youth to read without sentences or vowels, and in Aramaic. Apparently, it has worked in South Korea.

These are Issues that affect us all…

Jewish people down there keep on dying.

Get the Garbage off of TV

No more Sesame Street. The Oscar The Grouch guy is a bad influence on our religious children.

Oil prices are way too high. I can’t afford to light my Chanukah Menorah. If a war is necessary for eight days of well-lit celebration, so be it. Having to go back to candles makes me question if going into Iraq was worth it.

Jewish Music on The Radio

Why is Jewish music never played on mainstream radio? Anti-Semitism. That is the answer. They play country music. Everybody seems to like Blake Shelton. Why should they not enjoy some good Shlomo Carlebach remixes? If we have to, we can translate the songs so that all could understand. ‘Let us sing a song of Shabbis.’ What American would not connect with that?

The number one focus of many Jews, when voting, is Israel. Important issues that must be brought to the forefront…

More Shwarma in the Pita

The 15 shekel shwarma place must fill pockets to its fullest. If I do not have the support of a government, how will I ever be able to convince Shmulik to give me more meat?

The new American ideal of saving the environment has hurt the export business. All fruits and vegetables must be shipped from Israel.

I feel guilty every time I smuggle stuff from America into Israel. A free trade agreement, would mean that I could report my earnings.

No Talking About Israel

The greatest help to Israel would be a new policy that the US government cannot talk about Israel.

The news stations would also be limited to talking about Israel for no more than 68 hours a week.

The UN would only be allowed to talk about Israel if they were able to figure out where it is located.

As you stand in that voting booth on November 8th, please think about these issues and ask yourself what really matters. Or again, you could just recite a couple of chapters of psalms, to turn your American right into a religious one.

Pedro Martinez takes Stand; Refuses to Pitch on Yom Kippur
Should I Break Up, Get Engaged or Keep Dating?
Time Is Your Precious Commodity
A Constant World in Flux
Comments
MOST POPULAR IN Jewlarious
Our privacy policy