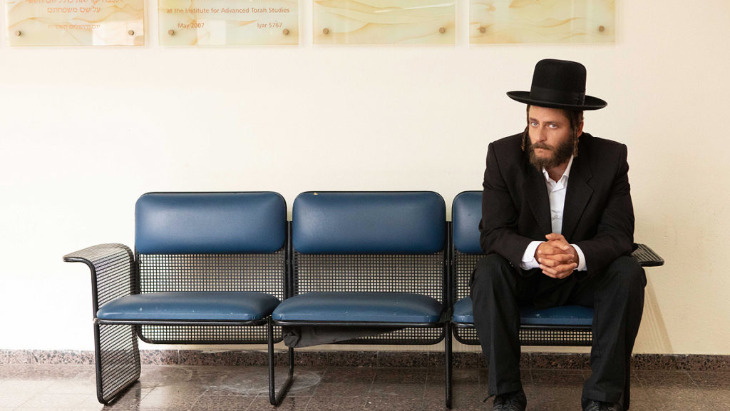 This beloved series explores themes related to intimacy, mental illness and searching for your soulmate.

Season 3 is out, Shtisel fans, and if you’re anything like me, you devoured it just as quickly as you could. Shtisel, in case you’re living under a hunk of Jerusalem stone, is the Israeli family drama that follows the lives of an ultra-Orthodox family living in Jerusalem. It covers many human themes such as love, loss, belonging, forgiveness, power, honesty, and faith.

What it does so well is capture these oft-stereotyped groups of Jews as real people struggling with human issues, just like everyone else. What it also does so well is bring issues of Judaism and Jewish belief to the surface to be examined and considered with unprecedented reach.

One theme that keeps surfacing in this season, more than before, is the exploration of intimacy in relationships, especially potentially romantic relationships. Alert viewers have already noticed in the first two seasons that a door is often left just slightly ajar when men and women who are unrelated are alone together. This is a deliberate technique in Judaism to discourage untoward or unwanted intimate relationships from forming. In this season, we see another technique: the use, or obvious avoidance of, using first names as a form of intimacy.

Some of these usages are lost in the translations of the subtitles. For instance, whenever Kive speaks to his dearly departed wife Libbi, he calls her, ever-so-gently, “Libbik.” “Libbik” is an endearing form of the name “Libbi,” much like a diminutive nickname in English such as “Allie” for “Allison.”

But the most glaring use of the technique is when Shulem tries to ingratiate himself with Nechama Yoktan, his love interest of the season. At times he calls her “Nechama,” at times “Giveret Yoktan” (Mrs. Yotkan), at times even “HaRabbanit Yoktan” (Rebbetzin Yoktan), depending on what he’s trying to get out of the encounter, or how he’s trying to present himself. The usage in his case is rather manipulative, using personal titles to present himself as an intimate friend or partner, or to flip-flop and assume a position of respect in a more aloof manner, as though such intimacies were never intended. 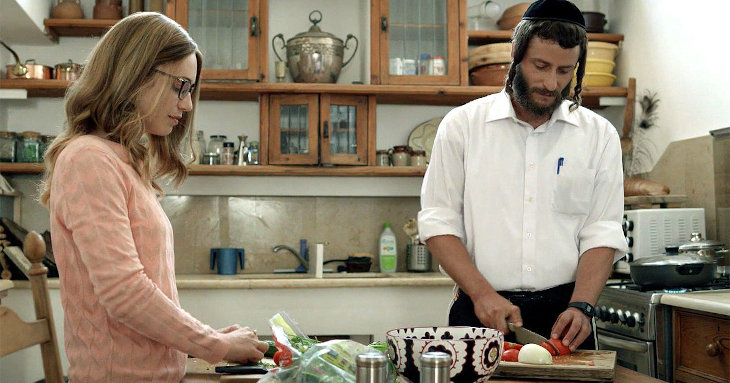 While such usages can feel clumsy or seem old-fashioned, I have experienced a certain sense of security when traveling in these circles. It's a subtle way of maintaining boundaries.

There are, indeed, Jewish communities in which it is considered inappropriate to address a member of the opposite gender with the familiar first name, unless the relationship is truly that familiar. In workplaces of this culture, men and women alike are addressed by proper titles, such as Mr., Mrs., Dr., Rabbi, in order to subtly maintain boundaries so that they don't get blurred or confused.

While such usages can feel clumsy or seem old-fashioned, I have experienced a certain sense of security when traveling in these circles. The trend toward familiarity and “we’re all friends here” can be confusing for both men and women, and the assertion of boundaries as evidenced in Shtisel, to me, feels nostalgic and comforting.

Another big topic that arises is that of mental illness. We experience Uncle Nuchem’s depression and Racheli’s bipolar disorder. In both cases poor Shulem Shtisel doesn’t seem to know what to do with himself. In one heart-rending scene, he flat out yells at Kive, forbidding him to marry someone who’s, essentially, “crazy in the head.”

Unfortunately, mental illness is an oft-misunderstood condition, and there are many like Shulem who have not quite evolved with the times in developing a more accurate and compassionate understanding of these conditions. Shulem’s prejudice is not addressed head-on in the show (many issues aren’t, adding to its appeal as art) but the open question remains: what do devoutly Jewish people think about those who have mental illnesses? Are they, as Shulem suggests, damaged goods?

While you’ll find prejudiced people everywhere, let’s study Shulem’s response in the context of Judaism: is he right? Is he acting according to his Jewish faith? Or is he just being omelet-eating, ego-protecting, plastic-bag-carrying Shulem?

Our bodies do not define us – our souls do.

Judaism teaches that God created each and every one of us in His image. Our bodies do not define us – our souls do. Our bodies are comprised of our hearts, arms, legs, ears and eyes. Also, our brains. I wish that mental illness would be called “brain illness,” similar to “heart disease,” because that’s exactly what it is. Our brains are a part of our bodies and don’t define us.

Kive sees Racheli for who she really is: a complete human being, made in the image of God, who also happens to have a condition, but Shulem sees her primarily as defined by her condition. I sometimes wish Shulem would learn the parts of the Torah I want him to learn, but that’s life.

The final theme I’d like to address is one that was front-and-center in the previous two seasons, and only becomes more prominent here: that of one’s soulmate.

Who is Yosa’le’s true intended: Shira #1, or Shira #2? Was Libbi truly Kive’s soulmate, but now he needs another soulmate? Was Nechama intended for Shulem, but he messed up and now Nuchem gets her? Is it only about love, or is there predestination? Can you outsmart God?

A person can miss out on his or her “bashert” (meant-to-be) soulmate.

The Talmud tells us that 40 days before the conception of a baby, a voice from heaven goes forth and announces its intended soulmate. In fact, the kabbalistic writings expound that we are each created as a “half-soul” and that our search for our life’s partner is actually a search for the other half of our soul – literally, our soulmate. So the short answer is that yes, we each have one intended, pre-destined soulmate waiting for us out there.

However – you knew it couldn’t be that simple – a person can miss out on his or her “bashert” (meant-to-be) soulmate.

Sometimes we miss the cues or signals that this person is our soulmate. Other times, we have more work to do on ourselves until we are ready to meet him or her. Perhaps our soulmates have some more work to do on their own personhood, and so we must be patient while they work out their stuff. We can sabotage meeting or marrying our bashert with unrealistic expectations, bad choices, or lack of self-awareness. Sometimes people marry the wrong person the first time around, but their bashert is waiting for them for round two. A person can even have an amicable, if not deeply satisfying marriage with their non-bashert. Each situation is individually assessed.

I think it’s pretty clear to Shtisel fans who Yosa’le’s bashert was, but in his case he had to surmount a number of obstacles to make that happen. His bashert wasn’t the easy or obvious choice, except to him. In Kive’s case, a series of unlikely developments thrust his bashert into his face without planning or awareness. And in Shulem’s case, one has to simply wonder if he let his bashert go due to poor planning and selfish motives.

As a Jewish educator, I am grateful to the writers of Shtisel for creating awareness and interest around all things Jewish, but even more so, for presenting its flawed and beautiful characters with depth and nuance, bringing all Jews, ever so gently, closer together. It is the conversations happening in person and all across the web about the themes above, and others like it, that will hopefully rally us around our common human issues.

Dune, Judaism and Humanity's Hope
It Takes A Lot Of Faith To Be An Atheist
How Instagram Brought Back This Nostalgic Soup
What Makes Eli Run?
Comments
MOST POPULAR IN Jewlarious
Our privacy policy