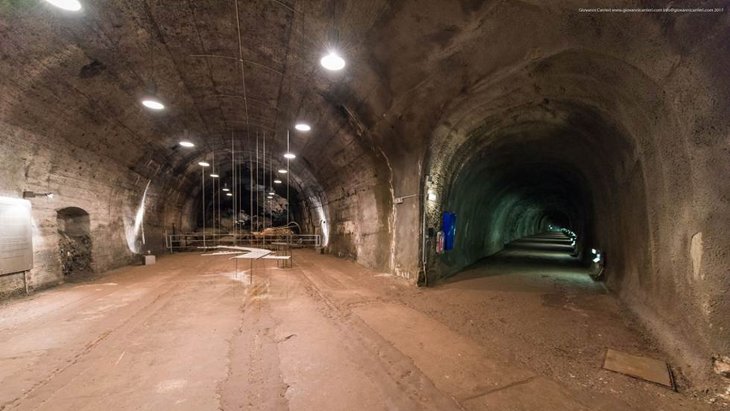 The heroic actions of 200 inmates at Mittelbau-Dora concentration camp is the subject of new film, “Dirty Bomb.”

The short film, Dirty Bomb reveals a relatively unknown story of resistance during the Holocaust.

Jewish slave laborers were brought to the Mittelbau-Dora concentration camp, a satellite of Buchenwald, where they were forced to build the V-2 ballistic rocket, the brainchild of aerospace engineer Werner von Braun who was then working for the Nazis. Around 60,000 prisoners passed through the Mittelbau camps between August 1943 and March 1945. Two hundred Jewish inmates chose to sabotage the creation of the V-2 bomb.

According to historian Norman Davies, “due to a curious oversight in the Treaty of Versailles which did not include rocketry in its list of weapons forbidden to Germany,” von Braun was able to pursue his career in rocket technology in Germany. His pioneering work for the Nazis began at the German resort town of Peenemünde, where the world’s first liquid propellant rocket, the V-2 bomb, was initially developed. 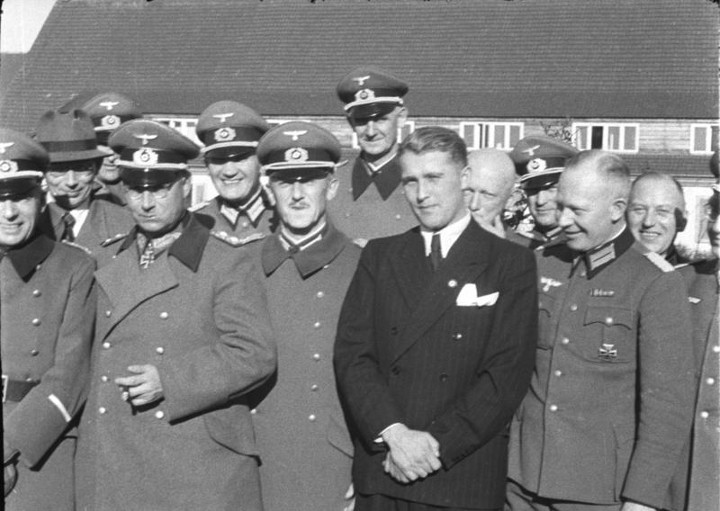 The creation of the V-2 bombs gave the Nazis the most powerful and sophisticated weaponry in the world. The V-2 contained both a powerful motor and an automatic guidance system that enabled the rocket to reach a height 50 miles above the earth while traveling up to 120 miles before striking its intended target. Several thousands of lives were lost when the bombs exploded in Britain, and it is estimated that 20,000 Jews lost their lives while constructing these V-2 bombs.

Werner von Braun would go on to have an illustrious career. He and over 1,600 other German engineers, technicians, and scientists were secretly moved to the United States after the war. While working for the United States Army, von Braun developed the intermediate-range ballistic missile program, and later developed rockets that launched Explorer 1- the United States’ first space satellite. Von Braun and his team were absorbed into NASA, where he served as director of the Space Flight program and became the chief architect of the Saturn heavy lift launch that used V-2 technology to send the Apollo space shuttle to the Moon. 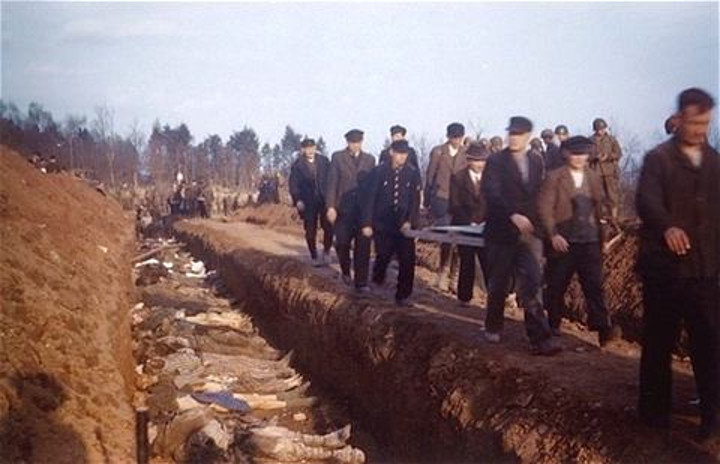 Germans from Nordhausen burying the dead of Mittelbau-Dora

Following the Royal Air Force’s attack on Peenemunde that bombed and seriously damaged the facility, production was halted and a new underground site was constructed by slave laborers at the Mittelbau-Dora Concentration Camp. Here, a new secret underground production facility would resume the work of assembling and storing the deadly V-2 bombs for the Nazis. The slave laborers at Dora Mittelbau were often selected from other camps and reassigned due to their special training, such as electrical or mechanical skills. Thousands of prisoners died while digging huge tunnels into the mountains as they constructed a large underground factory where the work of the former Peenemunde V-2 missile program continued. The prisoners lived almost exclusively underground, shut off from the world in unstable tunnels where they were deprived of fresh air and sunlight, starved, and the death toll was extraordinarily high. Dora Mittelbau is reported to have had a high mortality rate; of the 60,000 prisoners sent to Mittelbau, approximately one third died. 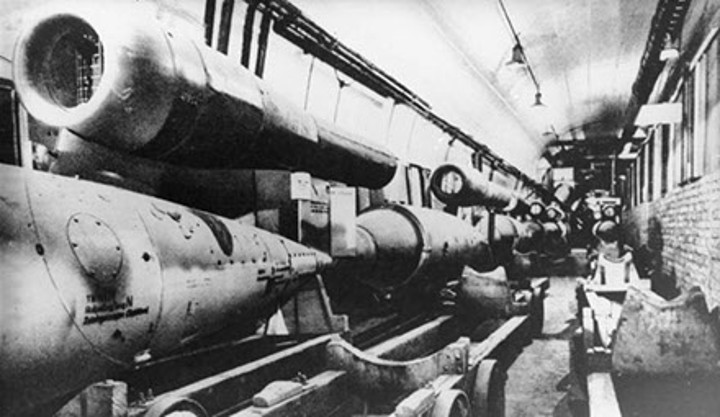 At the time of full missile production in 1944, Mittelbau-Dora was an independent concentration camp with a prisoner population of at least 12,000. A resistance took place amongst some of the prisoners at the camp who chose to tamper with the V-2 bombs that they were assembling-rendering them ineffective. The consequences of their decision insured death of these inmates who performed this sabotage as the bombs, like the inmates, were numbered. More than 200 prisoners were hanged for this sabotage. Dora’s resistance remained unknown to all but a few who lived through the horrors of the Dora Mittelbau camp, who were made to watch the public hangings of the saboteurs. Those who sacrificed themselves were left hanging and not buried, an attempt by the Nazis to frighten and dissuade other prisoners who were forced daily to walk between the rows of these hanged heroes.

According to Valerie McCaffrey, who wrote and directed the film Dirty Bomb, the idea to honor these unnamed heroes for their decision to sacrifice their lives originated from stories her uncle, who served in the Battle of the Bulge under General George Patton, shared with his family after the war. “The American soldiers nicknamed these V-2 bombs dirty bomb because they failed to go the distance. They were aimed at England, but landed in Belgium, and many misfired altogether. I was so intrigued by the role of the prisoners who sabotaged the building of the missiles that I had to make the film.” 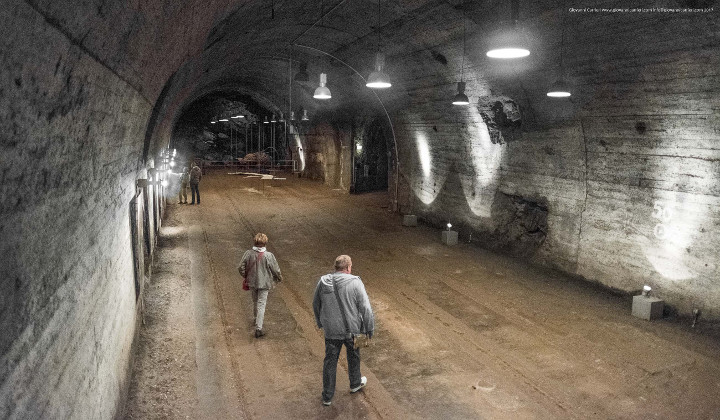 The underground corridors of the factory, Mittelbau-Dora. Photo by Giovanni Carrieri

McCaffrey, an Armenian, explained how her family survived the Armenian genocide. “I thought it was urgent to tell this story about the heroes-the prisoners of the camp. They sacrificed their lives, knowing they would be found out and the outcome it would generate. This is one of the stories that changed the world.”

McCaffrey viewed this piece of history as a reversal story. “Most times, the prisoners are the victims, but in this story, they are the heroes. The scope of this story is that they were responsible for saving lives, and quite possibly ending the war. Interestingly enough, the grandfather of one of the investors of this film was a Nazi.”

The film stars Israeli native, Ido Samuel. “I grew up hearing stories about the Holocaust and meeting survivors who came to our school in Israel to tell their stories. You grow up as a Jewish person in Israel with a sense of commitment to always tell these stories and never forget. 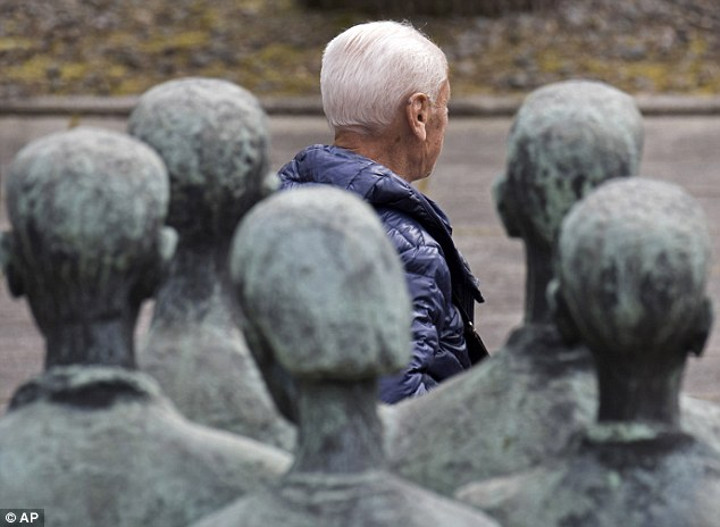 Former concentration camp inmate Pinhas Klein stands
next to the memorial in the grounds of Mittelbau-Dora.

When I heard the story that her uncle told her (McCaffrey) about the Jewish prisoners who sabotaged bombs in World War II and saved thousands of lives, I was surprised I never heard of it before and it wasn’t known what those prisoners did. They sacrificed their own lives to save thousands that they did not know. Why were these prisoners willing to sacrifice their lives to sabotage the bombs?” Samuel believes what the prisoners at Dora Mittelbau did was very simple. “There was a Simon Wiesenthal quote that really stuck with me. ‘For evil to flourish, it only requires good men to do nothing They gave their lives so evil couldn’t succeed.’”

Lori Samlin Miller is a teacher, freelance writer, therapeutic medical clown, and the author of the children’s picture book, Stay Where I Can See You, and No Prayer Is Ever Wasted, a novella for middle grade readers. Learn more about the author at: Lorisamlinmiller.com

When My World Imploded: Facing Ghosts in Bavaria
How I Learned to Love the Multiverse
10 Big Jewish Inventions
A Journey through Jewish Sicily
Comments