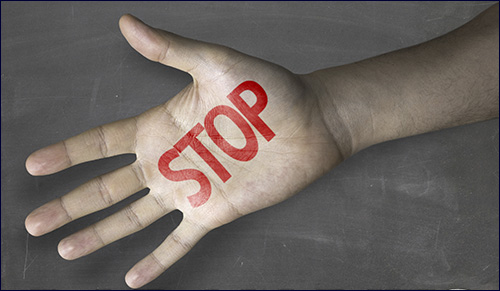 Members of AA can teach us what it means to confront a bad habit, stare down a relentless temptation, and persevere.

Someone with whom I am close invited me to attend a celebration of a major milestone in his life: the anniversary of another year of sobriety. My friend is an alcoholic and a member of Alcoholics Anonymous.  Each year, to celebrate the anniversary of sobriety, members are presented with a medallion at the beginning of an AA meeting that is open to the public.

It was a life-transforming hour for me. Attending the meeting were men and women, young and old, people covered in tattoos and piercings, and others in expensive suits. It is hard to imagine a more eclectic and diverse group assembled in one room, and yet, for all their differences, I don’t know that I have ever been in the presence of people who felt so united, so together, and so much like family with one another.

The members of AA are part of a special fraternity, a group united by a common battle and therefore they can relate to one another in ways nobody else in their lives can. The loyalty, kinship and extraordinary displays of support are something truly special.

I listened attentively as the meeting opened with a reading of the 12 steps followed by the 12 promises the program makes to those who steadfastly follow them. Before the powerful sharing portion began, the medallions were awarded to the evening’s celebrants. The first celebrant was a woman who was marking her two-year anniversary of being clean from alcohol. In her remarks she said something that gave me great pause. She noted that being an alcoholic makes her feel like “damaged goods” and in some ways “inferior.” She said that overcoming her struggles with alcohol and being clean is such a source of blessing that it far overshadows those other negative feelings.

We are all addicts of some sort.

“Damaged goods.” “Inferior.” I was struck by those words and couldn’t help but think that both she and all the others in that room were anything but. If we were honest with ourselves we would recognize that everyone has a vice, a poor habit, or an addiction. Some are workaholics who never see their families. Others are shopaholics who spend beyond what they have or buy things beyond what they could possibly need. Some struggle with gossip, others are challenged not to gaze at lewd images. Some lead sedentary lives in which they never exercise and others have eating habits that leave much to be desired. Some are quick to anger and others seem to never have learned how to speak nicely. Some drive too quickly and others text while driving. Some procrastinate while others are perfectionists to a fault. Some can’t disconnect from their technology and others can’t live without the latest gadget.

While society may label all of these “bad habits,” for some reason we put them in a different category than other addictions like alcohol or drugs, even though they share similar patterns, cravings, and compulsions, and also have devastating consequences. While alcoholics and drug addicts have programs and support groups, most of the other practices are not only not addressed, we often excuse their behavior at best and encourage it at worst. The workaholic impresses us and we may even be jealous of the shopaholic. We dismiss, or sometimes even glorify the tech junkie as “quirky” or “hip” and actually identify with junk food addict. The procrastinator says they can’t find inspiration unless it is the last minute and the person obsessed with clothing and style is considered really put together.

The members of AA have an incredible amount to teach the rest of us, their fellow addicts who can’t live without our vices, what it means to confront a bad habit, to stare down a relentless temptation, and to persevere. Indeed, not only are they not damaged or inferior, those successfully overcoming alcoholism are heroic warriors worthy of both our admiration and emulation. After all, the famous mishna in Ethics of our Fathers teaches: Who is a mighty warrior? One who conquers his or her inclination (4:1).

Let’s confront our vices and imperfections the way alcoholics in recovery do, every single day.

In a few days we will encounter Rosh Hashanah and be evaluated for our lifestyles, our habits, and our behaviors. We are running out of time to perform an intervention on ourselves and to finally admit that we have a problem or in some cases, multiple problems. Everyone who shares at an AA meeting begins by saying his or her name following by the courageous admission “and I am an alcoholic.” What participants say only has credibility and meaning if it begins with an admission and acknowledgement that there is a problem. Similarly, our teshuva (repentance) process begins with confession, the verbalized, articulated statement: I made a mistake, I have a problem, and I want to correct my ways.

“In the place that someone who has conquered his or her flaws stands, a purely righteous person is not worthy to stand.” The recovering addict, no matter the addiction, is in fact superior, say our Sages.

Let’s not wait to hit rock bottom to be motivated to change our ways. Let’s take advantage of this special time of year to take honest accountings of our lives and to confront our vices and imperfections the way alcoholics in recovery do, every single day. May we be worthy to stand alongside with them.

Strategies for Making Real Changes in Your Life