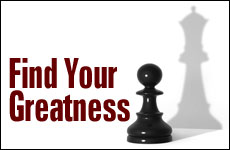 The power of visualizing change.

For Alfred Nobel, the beginning of change looked like an obituary in a French newspaper: his own. Nobel, a Swedish arms-manufacturer, invented dynamite. He never married, had no heirs, and though he was a cultured man, he devoted most of his time and effort to devising ever more sophisticated weaponry. In 1855, when Nobel was 55 years old, one of his brothers passed away (another brother had previously died in an explosion in one of Nobel’s factories), and a newspaper erroneously printed an obituary not for his brother but for Alfred Nobel himself.

It didn’t make pretty reading. “The merchant of death” it called him. Alfred Nobel became rich figuring out ways to kill more people faster than ever before, the paper reported. Nobel was horrified.

It might have seemed like a mistake at the time, but this obituary turned out to be a huge gift for Nobel. In those first horrible moments as he read his legacy in black and white, Nobel must also have seen a very different obituary in his mind’s eye: he surely pictured what he wished his tribute said instead. Desperate to make the epitaph of his imagination – the one which would capture the way Nobel wished to be remembered – a reality, he eventually established the Nobel Prize, the world’s most prestigious awards for peace, literature, chemistry, medicine, and physics.

In one of the most pivotal moments in the entire Torah, Moses tells the Jewish people “Pay attention and hear, O Israel: this day you have become a people to God your Lord” (Deut. 27:9).

Rabbi Ovadia Sforno, the great Italian commentator on the Bible, wrote: “’Pay attention’ means ‘visualize this in your mind.’” Taking a moment to picture where you’re going is the first, most important, step to getting there. It helps make sure we won’t waste time with distractions that will lure us away from our goals.

Scientists have recently begun to study just how powerful visualizing our goals can be. There is now a wealth of research to back up what Jewish thinkers have known for generations: picturing where we want to go is a powerful step to getting there.

In one groundbreaking study, researchers compared people who exercised with those who didn’t. Unsurprisingly, the exercisers increased their strength and the non-exercisers did not. But a third group of people – those who merely visualized exercise – experienced a measurable surge in muscle tone too. For these subjects, using their minds was a huge part of getting to where they wanted to be (in this case, greater muscle mass).

As Theodor Herzl famously said, “If you will it, it’s no dream.” We see it time and again in Jewish history: when we take the time to visualize where we want to be, to consider what it is we are living for and hope to achieve, then the excitement this generates helps carry us towards our goals.

For the fortunate among us, that can be an “aha!” moment when we’re brought face to face with the reality of our situation. There is a powerful story in the Talmud about a wicked man named Eliezer ben Durdia. One day someone said to him, jokingly, that he was so awful there was no way he’d ever enjoy a portion in the next world. Eliezer ben Durdia was appalled; he realized that deep down he truly wanted to be a good person. Confronted with the consequences of his choices and the enormous regret that ensued, he made the herculean choice to return from his wicked ways and attained his portion in the World to Come. He even earned the title “Rabbi.”

At times, a picture of our better selves can come from those who love us. This is what happened to Rabbi Akiva, one of the greatest Jewish sages who lived in Israel in the 1st Century CE. He was a poor, illiterate shepherd, but Rachel, the daughter of a rich and illustrious Jerusalem family, saw his great potential. She told Akiva she would marry him if he began to study, so at the age of 40, Rabbi Akiva began to learn Torah in earnest, eventually growing into the vision Rachel had shared with him: he was a learned and esteemed Torah scholar.

The Hebrew word for repentance is teshuva, which means return. It reflects the Jewish view that God created each of us to fulfill our own special goals, and even though we might stray from them, we have the power to go back to them, to return to the ultimate vision we have of ourselves.

During the Ten Days of Teshuva which we are presently in, we are each challenged to pause and visualize our proper place in the universe. Who do we want to be? What goals are we passionately committed to achieving this year?

Visualization gives us the clarity and vision to see what obstacles are holding us back from our dreams. Reflecting on the big picture of what type of person we desire to become also helps keep us energized towards our goal.

To help get you started, try to set aside a few quiet minutes and consider the following five questions:

Getting back on track can take an instant of resolve, but for most of us it’s a long process. Rabbi Akiva, the sage who enrolled in school at 40, spent many years studying before he fulfilled his vision of himself. Even in the modern age, it takes time to reach our goals.

As we work on realizing our vision for ourselves, there are a few practical steps we can take. Surrounding ourselves with people who share similar values and goals helps strengthen our resolve. Sometimes, enrolling in a class or joining a group gives us the support we need not to get distracted. Finally, opening a dialogue with God is another powerful way to help connect us to the people we ultimately wish to be.

Every one of us has greatness. Now is the time to envision it and commit to making that dream come true.