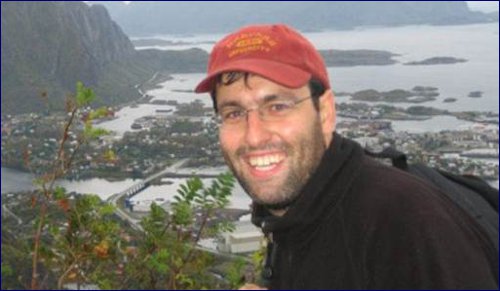 David was tragically killed over a month ago in Manhattan by a crane that was toppled over.

Just over a month David Wichs was tragically killed in Lower Manhattan by a crane that was toppled over by strong winds. The loss of this exceptional young man is as immeasurable as it was tragic. His untimely death was covered extensively in the media, but coverage of David’s unique personality and character were scarce.

For those of us who had the good fortune of knowing him and his family, the pain is still very deep. Although not related to the Wichses in any way, we have merited a close relationship to David and his family for the last 25 years. The following are some details and memories of David that we would like to share with those who did not have the privilege of knowing David. Our first glimpse of David was at the International Arrivals building at Kennedy Airport, in the summer of 1990 – we, holding a big “David” sign, and he, with his characteristic dimpled smile, waving excitedly. He was 12 years old, arriving alone from Prague, ready to experience and conquer America. Planning to spend a month here before his upcoming Bar Mitzvah in the fall, he embraced the opportunity with enthusiasm.

Taking in the numerous highlights of the city and visiting various, vibrant Jewish neighborhoods was an eye-opener. What made the biggest impression and brought him the greatest joy, was his first glimpse of a classroom in yeshiva. He was mesmerized. It was the first time ever that he saw so many Jewish children wearing kippahs, davening, singing. David, who along with his brother Daniel was one of just a handful of Jewish children receiving the best of the limited Jewish education available in Prague, had never seen anything quite like it. 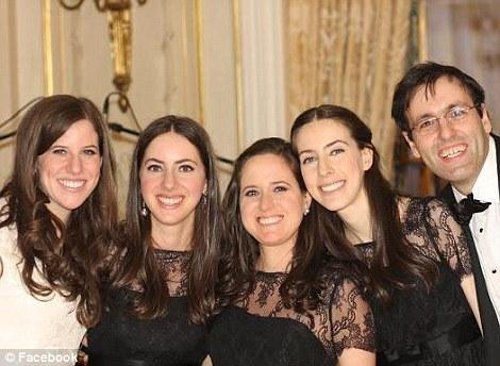 Although David’s English at that time was limited, we had no problem communicating. He was full of opinions about everything. Blessed with a keen mind, his worldview was mature way beyond his years and his dreams for the future were enthusiastically expressed. We were amused, charmed and impressed by his grand ambitions. Experiencing and relishing an all-encompassing Jewishly observant environment on his short visit here, he traveled back home to Prague with a determined commitment to try and adopt all that he had absorbed. It quickly became clear that achieving this could best be accomplished by relocating to the States.

This ambitious and life-changing goal was realized a year later due to the enormous self-sacrifice on the part of David’s loving and devoted parents both of whom were professionals with established careers in Prague. Making the move required the herculean tasks of mastering a new language, re-learning and re-qualifying for their European-accredited professional degrees, settling their family into a new community and adapting to the American culture. It was a truly heroic effort, all for the purpose of affording the boys the possibility to live an observant Jewish life and offering the opportunity for a brighter future on all levels.

David and Daniel flourished in Yeshivah of Flatbush where the staff extended themselves to welcome the family and nurture the boys’ potential. They caught up quickly and excelled in both their religious and secular studies. It quickly became clear that both David and Daniel were very gifted students. Each of them was selected as a semifinalist in the National Westinghouse Science Competition – the United States’ oldest and most prestigious science competition. Despite David’s rare gifts and talents, it was more his sweet, easygoing, humble nature, unique accent and infectious smile that earned him the admiration and affection of his teachers and classmates with whom he developed and maintained lasting friendships. This ability to earn people’s respect and esteem and to form meaningful and enduring relationships was to characterize David’s life throughout the various stages of his career.

Although accepted into Harvard with a scholarship, he deferred his acceptance and spent the year after graduation learning in Israel in Yeshivat Hamivtar where he grew and developed. While there he forged a strong and rewarding relationship with Rabbi Brovender, the Rosh Hayeshiva. His gratitude to Yeshivah of Flatbush and to Yeshivat Hamivtar was manifest in the humble and discreet – yet very generous – support that he extended to them as well as to other organizations and institutions after he became established financially. 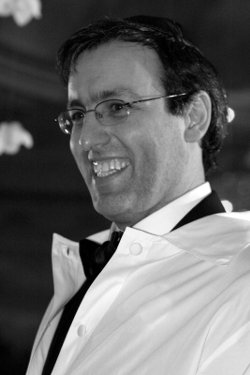 Harvard was next. Gifted with a sharp intellect, he excelled in his studies. While there, he was actively involved in Hillel and formed an additional set of lasting friendships. After completing his studies, he moved back to New York and joined a small financial firm engaged in algorithmic trading. With his participation the firm grew significantly over the next 15 years. Bonds formed with his colleagues were strong, loyal, trusting and personal. In connection with his work he traveled frequently to India along with his co-workers. In many instances he got to meet their families and his warmth, humility and friendliness endeared him to all. As evidence of the love and respect he engendered among his coworkers, his close colleague of many years poignantly remarked at the funeral that “there is a small village in India also weeping for David today.” 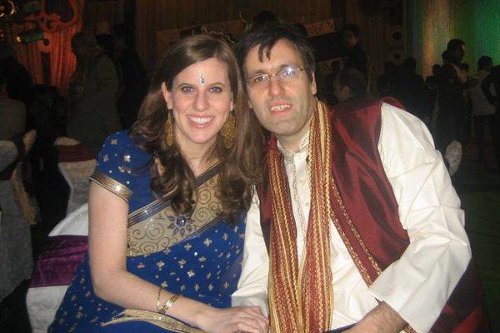 David and his wife Rebecca in traditional Indian dress at the wedding of one of David’s colleagues.

During the shiva the family received a most beautiful and remarkable letter from the man who interviewed David for acceptance into Harvard. In his letter he mentions that as a Harvard alumnae and in his position as an interviewer for Harvard for many years, he has met hundreds of gifted and exceptional students. However, with all the interviews he has conducted over the years, only two really stood out in his mind. One of them was David. Although he only saw him that one time and they never met again, he recalls him vividly. He remembers David as being “off-the-chart smart,” but what impressed him most was the fact that even as a teenager it was clear to this interviewer that “David was a generous human being, humble, mature, a kind Jewish soul, an old-fashioned, terrific guy. You just knew when you met him.” And it was this fact that he chose to highlight in his report to Harvard. He said that he always wondered what became of David over the years and when he read in the paper about David’s tragic demise he felt compelled to share his memories.

David had a great sense of fun and adventure. He loved to travel, ski, hike and scuba dive. He had a wonderful self-deprecating sense of humor. He was laid-back and relaxed by nature and hated dressing formally. One of the attractions of his particular work environment was the very casual dress-code which he took advantage of daily.

David lived on the Upper West Side. Three years ago he married Rebecca Guttman, a graduate of Ramaz and a lawyer by profession. He joined Kehilath Jeshurun where his wife’s family are long standing, active members.

He was a loving and loved son, brother and husband, a discreet, dependable, loyal friend, a reliable, respected and trusted colleague, as attested to by the many tributes from all those whose lives he touched and enriched. He was a “mensch” of the highest order and his life was a kiddush Hashem.

David’s life ended tragically. But in living it, his impact was felt by many.

Eli Weiss is a certified child psychotherapist and a member of the BACP (British Association of Counseling and Psychotherapy). He has undergone postgraduate training at the Family Institute of Neve Yerushalayim as well as Mercaz Shiluv in Jerusalem and specialized in IFS (Internal Family Systems) as well as EMDR and CPP (Child-Parent Psychotherapy). He works for Mercaz Taatzumot as well as in Private Practice in the Jerusalem are and lives with his wife and 4 children in Givat Zeev, Israel. He is the founder of www.parentingconcepts.net Please check out Eli’s Free downloadable Step-By-Step Guide to help you keep cool and have calm interactions with your kids – even in moments of stress when your first reaction is to yell. Please click here for the download and you will be forwarded to the subscription form.

A Day in the Life of a Prison Chaplain

The Best Revenge: Holocaust Survivor Celebrates Birthday with 400 Descendants
Scientific Curiosity and the Divine Encounter
Mind Over Milkshakes
Love the Convert
Comments
MOST POPULAR IN Israel
Our privacy policy
Aish.com Is Looking for Great Writers