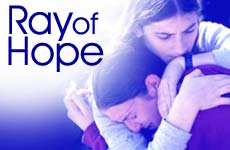 A deadly attack left Karnei Shomron residents stunned, but the pain is accompanied by a ray of hope.

As the Shabbat came to a close we recited the words in the Havdalah from the story of Purim, a prayer repeated optimistically by Jews for generations. "For the Jews there was light, gladness, joy and honor, so may it be for us." With Purim right around the corner, I hoped that this year those words would finally come to fruition. My hope was shattered as the radio was turned on. An explosion is reported in Karnei Shomron, the place where I grew up and where my family lives. There are injured and dead. I could not believe my ears. Not again, not so close to home. We have become accustomed to shooting incidents, as insane as that is, but an attack within our peaceful neighborhood was just unthinkable.

My brother realizes that he standing near body parts.

The round of phone calls begins. My brothers, my cousins, aunts and uncles, everybody is accounted for. Now comes the second round, friends and neighbors. There are rumors running rampant, such chaos that nobody knows for sure. My brothers, cousins and uncle rush to the mall to offer their help. The sight they see is unimaginable. My uncle, who is a doctor and trained to deal with situations like this, cannot believe his eyes. He has never seen anything so gruesome. As my brother is describing the scene to me over his cell phone, he realizes that he is standing near body parts. We pray that they belong to the terrorist and nobody else.

Eventually the picture becomes clear. Chani is injured, Hillel is in serious condition, Nechemia Amar is murdered, and Keren Shatsky, from across the street, is killed. How could that be? We have buried our fair share of victims already, why another? Why the Shatzky's? The nicest of people, why them? The anguish and pain, anger and sorrow that had been bottled up came bursting out. Where are our leaders? How can Jewish children be butchered in the one place that was supposed to symbolize safety for Jews?

The funeral is set for Monday so that Keren's grandparents can fly in from the US. How perverse is nature when a grandparent buries their own grandchild? The families of Karnei Shomron are heartbroken. No one can move on with their daily lives; all we can do is wait with tears in our eyes. While we wait, the Shatskys bake. In their moment of grief they stand in the kitchen baking cookies for the wounded. They then drive down to the hospital to personally deliver them to Keren's friends -- acts of kindness and love that are almost incomprehensible, that personifies the Shatzkys.

To see such young children sobbing over the loss of their friend is devastating.

On Monday afternoon we gather by the shul and from there we proceed to the cemetery. Thousands of people, many carrying flags of Israel, follow the body of Keren, who was just 15 years old. As the procession begins, so does the wailing of Keren's young friends. To see such young children sobbing over the loss of their peer is devastating. As the body is carried past me, I am stunned once again. One by one, her father and three sisters eulogize Keren. As the tears flow from the eyes of everyone present, the message repeated over and over is not one of anger or hatred, but rather of love and belief. Love for the Jewish people, and the belief that the redemption will come from Heaven and not from so-called leaders.

Ari Harrow is the Director of Marketing and Media for www.honestreporting.com.

In Praise of Abnormality
Deep Breaths
What Happened to the Truth?
The Japanese Everything Bagel Spice Recipe
Comments
MOST POPULAR IN Israel
Our privacy policy