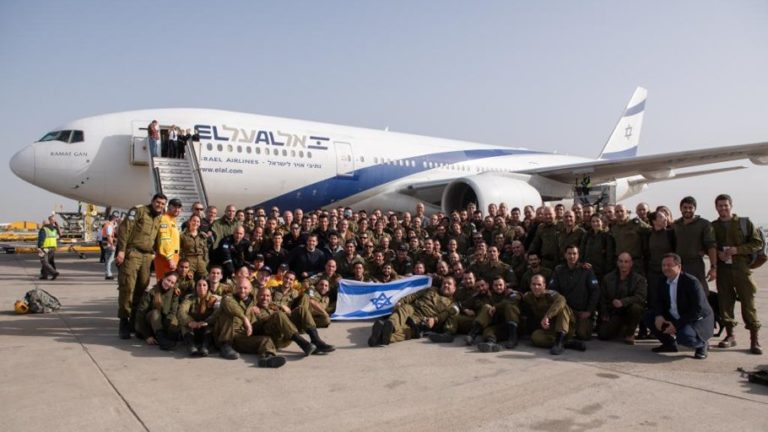 An Israeli search and rescue team which flew to Brazil after a dam collapsed in the south east of the country, has recovered tens of bodies following the disaster at the Córrego do Feijão mine around 400 km east of Rio. The disaster sent a sea of muddy debris into mine, destroying several villages.

Aish.com spoke to Major Rivkah Cohen (31) of the IDF Search and Rescue Unit in Brazil about its’ preparations and efforts to locate the several hundred people still unaccounted for.

Within hours we were packed and ready to go

The dam burst at midday Friday. “As soon as we received the mission, things moved very quickly,” Cohen said. “By Saturday evening we had all gathered to prepare our equipment, and our flight to Brazil left in the early hours of Sunday morning.” 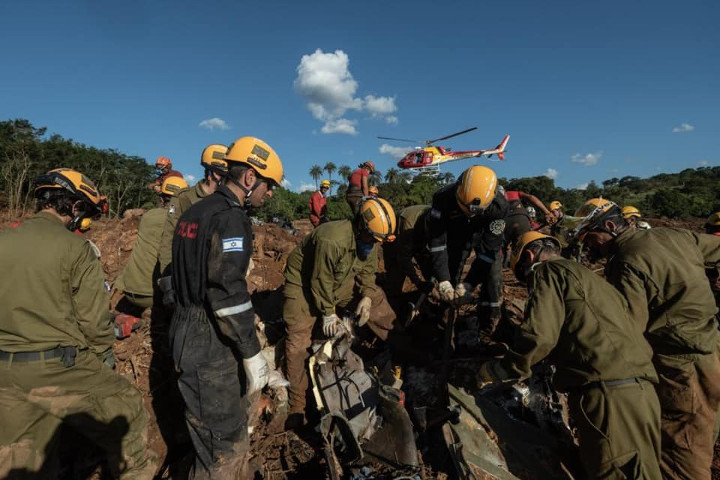 The 132-strong Israeli team containing both regular and reserve soldiers includes Search and Rescue units, the Navy’s Underwater Missions Unit, engineering experts, doctors, and firefighters as well as several dogs and their handlers from the IDF’s elite canine unit, ‘Oketz.’

An entire plane load of supplies, including rescue vehicles, equipment and medical supplies made the 14 hour flight with soldiers given vaccinations and briefed at the airport on what to expect.

After being met at the airport by their military counterparts in Brazil, the team got to work.

“We immediately met with the fire department, the company which operates the dam and local rescue teams,” Cohen said. “We are working in teams in the worst affected places, according to where the Brazilians need us most.” Each team is equipped with drones, sonar equipment and crucially, advanced technology able to detect the location of cell phones. 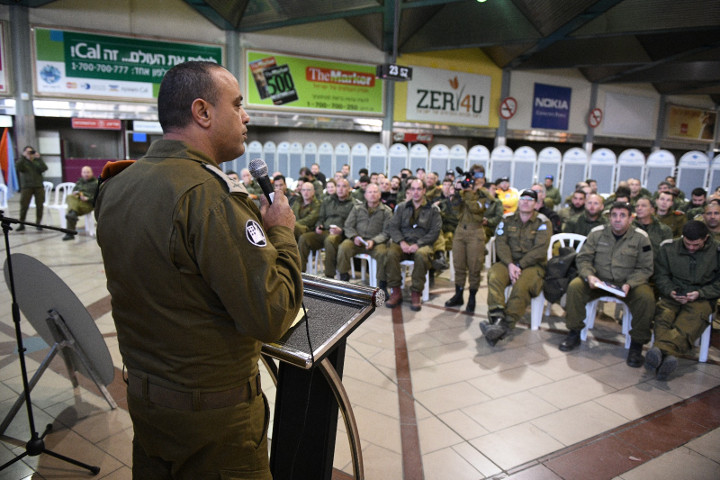 Being briefed at Ben Gurion airport

“When we reach a new rescue site, we use an advanced technology which can detect cellular signals,” Cohen explained. “If we get a positive reaction, the dogs go in and then we start digging.” She added “In flooded areas, divers from the navy lead the search with sonar equipment.”

On Monday the Israeli teams retrieved 15 bodies and several more on Monday, sadly none of them alive. “We are hoping to find more, and we are doing everything we can,” Major Cohen said. The death toll rose to 65 and is expected to rise.

“Of course it’s difficult - it’s a terrible tragedy and emotionally hard. We meet together at the end of each day and there are mental health support staff here if we need.”

Major Cohen has served for 13 years in the Home Front. In Brazil she is tasked with maintaining close ties with civilians and local emergency services who she says are deeply appreciative.

“Yesterday I was with some people from one of the villages affected and I heard the same message from everyone I met, they are deeply grateful and have given as a very warm welcome.” She added, “I tell them, we are here for them and will do whatever we can to help.”

Israeli soldiers and divers search for survivorsThe mission has also prompted an outpouring of thanks on social media. One Brazilian from Sao Paulo wrote, “Thank you Israel! We will never forget what you are doing for us.” Another posted, “You have no idea how much it means to us. I hope this is the beginning of a great friendship between our peoples.”

Although the team are a little far away from the nearest Jewish community, they were nevertheless delivered a hot meal on their arrival from Chabad in Brazil.

Proud to be representing Israel

“There is an overwhelming feeling of pride among the Israeli delegation here,” Major Cohen said. “It is a terrible tragedy for these villages but I cannot emphasize enough how honored and privileged we feel to be representing Israel helping another nation in need.” She continued to stress the close connection with the Brazilian teams they are working alongside. “We are so proud to stand shoulder to shoulder with the Brazilian people and let them know that we are here for everything that they need. We know that back home the Israeli people feel the same.”

This is not the first time Israel has dispatched its humanitarian search and rescue teams abroad to assist in natural disasters. Among many mission, in 2010, Israel sent an emergency response team to the earthquake in Haiti and building field hospitals to treat the injured. In 2015, a team of search and rescue and medical staff were sent to Nepal following the powerful earthquake which struck the country and over 70 soldiers were sent to Mexico to help rescue bodies from collapsed buildings after the powerful September 2017 earthquake.

My Value as a Jew

The Candle of God
The Blue Beyond
Great Place to Live
Is Eating Supposed To Be Spiritual?
Comments
MOST POPULAR IN Israel
Our privacy policy