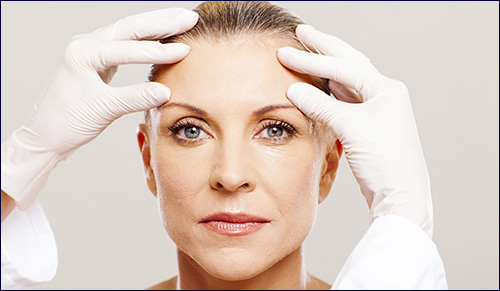 My mother scheduled plastic surgery to improve her appearance. My father and I think she’s making a big mistake.

My mother recently informed me that she is planning to have plastic surgery to improve her appearance. I think it's totally unnecessary, as does my father. Neither of us wants her to have it. We're worried about the risk, and I think it seems unholy. After all, God gave her a fine body made in His image. Maybe she's not completely satisfied, but no one is ever going to be completely satisfied with his or her body. What does Judaism teach about this issue? I'd really appreciate some clarification. Thank you!

Let me begin by commending your unconditional love for your mother and your appreciation for her, just the way she is. Let me also clarify that the area of plastic surgery comes within the realm of Jewish law and that it’s appropriate to consult with a Rabbi who is an authority in this area to determine what’s allowed and what isn’t.

While in general we don’t take unnecessary risks (something you seem to be alluding to) when it comes to cosmetic surgery, it is not a black and white position. (For an in-depth treatment, read Judaism and Cosmetic Surgery.)

The bottom line issue here is how important it is to your mother or, to put it another way, how upset she is by what she perceives as her physical lack. That is not something that I could presume to determine – especially from a letter. Some people would just like to look nicer and eliminate certain obvious signs of aging. Some people experience a deep psychological pain over certain aspects of their physical selves and require cosmetic surgery in order to function.

It goes without saying that a baby with a cleft palate would be permitted to have cosmetic surgery. What about someone with a large birthmark? What about a cancer patient? A burn victim certainly could. It’s not just a question of degrees; it’s a question of emotional health. That is very individual and is why it’s important to have a relationship with a Rabbi with whom your mother can discuss her situation.

Judaism allows for makeup, Botox, and all sorts of augmentation of our physical appearance where the risk is basically non-existent. Here we have to balance the risks against the need. This requires that we understand the surgery involved and the real risks taken as well as your mother’s psychological state.

It is true that the Almighty gave us all bodies made in His image and that our bodies should be respected as vessels for our holy souls. But that does not mean we are not allowed to do anything to improve our physical selves. Again, as in the aforementioned cleft palate, we would think it foolish to say that a baby was born that way and therefore could not have surgery.

One final thought: It might be helpful for your mother to explore – either in therapy or perhaps with your father – why she feels so physically inadequate. Is it possible that she is not getting enough validation and expressions of love from her husband and this is motivating her to change? I’m not saying it’s your father’s fault; he could be doing everything right and we are all so affected by the media’s bombardment of young, unwrinkled images, but it’s worth exploring.

I wish you luck. Keep telling your mother how much you love her just the way she is. It may not change her mind but it will definitely deepen your connection.

About a month ago, I bumped into a woman at a wedding who used to be a guest at my Friday night dinners about 8 years ago, until one night, something bothered her and she left, after screaming her discontent at the guests. I didn't hear from her until I met her at the wedding. She told me she needed help because she was due to go into surgery and she was all alone.

I visited a few times at the hospital, practically cleaned her house before Passover and observed how angry she could get at other people over what she considered "bad" behavior. I was expecting my turn. She began to become very demanding, on the grounds that she was all alone and after an operation, etc. At some point, I could not take it; I was no longer helping from a place of kindness, but out of a sense of responsibility and guilt.

She was calling me 15 times a day, always playing the victim's card. I then ran into some problems myself and told her I was not going to be able to be there for her 24/7, but she insisted, still crying about the fact she is alone and I needed to be patient. In the end, I had to tell her that if she wanted to have more people around her, she had to do something about her anger, either therapy or medication. She's a lovely woman, but when she gets a short fuse, she goes out of control; it's very unpleasant and even scary to witness those fits.

She became very angry at me for saying this and sent me a totally incoherent message, telling me she regretted having given me trust and that I am an unkind individual and I dropped her when she was the most vulnerable. Now she wants to become friends again and she tries to entice me with gifts. But I am afraid of getting sucked in and I don't want to accept her gifts. Is there any way I could convey to her that a friend can lend a helping hand without taking total responsibility and carrying somebody else's issues 24/7 or should I simply stay a sane distance from her, as it seems she is unable to realize how destructive her attitude is to her health?

From your description, the problem is much greater than lack of appreciation. Your friend needs some serious therapy. Her emotional/psychological problems are much greater than you could solve, and even if you were able to be there for her 24/7 (her unrealistic expectation of this is a sign of her disorder), it wouldn’t make a difference. Nothing will satisfy her - she needs professional help.

Your desire to give is commendable and there is nothing wrong with helping out of a sense of responsibility. Frequently this is better than not helping at all. Except when it starts to destroy you. While we all recognize that we don’t give in order to get, most rational people understand that you don’t “bite the hand that feeds you.” Not only does she lack appreciation but it’s all about her. When you were in trouble, she didn’t try to help you but was resentful that you couldn’t help her more. This is yet another sign of her lack of emotional health and narcissism. This is too big a problem for you to tackle and you need to stay that sane distance (I think probably very far) away from her.

There is another important lesson to be gleaned here. As you mentioned, when you saw how she behaved towards other people, you were “expecting my turn.” How people behave to others is definitely a sign about how they will eventually treat us. Sometimes we fool ourselves and think that we’re different but it’s usually an illusion and we should therefore be on our guard. If someone speaks a lot of lashon hara (negative gossip), to us about our other friends, you can bet she’s doing the same about us to them. And if someone is cruel or demanding or angry or unreasonable with others, we will eventually be the victims ourselves. Watching them with others should be a cautionary tale that should govern our behavior with them.

I commend you for wanting to be kind but I think you have recognized that it is a bottomless pit, that your kindness is not making a real difference and that your first obligation is to yourself and your family.

Corona Tension in the Home

Dear Emuna: Intermarriage & Marrying Jewish
Can You Show Me This "God?"
How to Become Immortal
Judaism and Mental Health
Comments
MOST POPULAR IN Current Issues
Our privacy policy
Aish.com Is Looking for Great Writers