This pumpkin challah recipe is, hands down, the best challah pumpkin there is thanks to fresh roasted pumpkin and scant pinches of cinnamon and nutmeg. Your favorite canned pumpkin will yield equally satisfying and orange-tinted dough (no turmeric needed but feel free to add some, if you like) if you want to skip the fresh pumpkin. Shape the dough into pumpkins large or small, or even into traditional braids, with kitchen twine. Leftover turkey sandwiches never tasted or looked so good as they do on pumpkin challah!

Food4Thought: Did you know that in Jewish thinking any meal that doesn’t include bread is simply considered a snack? Get more Jewish food thoughts here.

1. In a small bowl or measuring cup, sprinkle yeast and granulated sugar on warm water. Stir. Let stand for up to 10 minutes (it should look like the foam on beer).

2. In a large bowl, combine oil, brown sugar, salt, eggs, pumpkin puree, and then the yeast mixture. Stir in the cinnamon and nutmeg, then 3 cups of flour.

3. Gradually stir in most of the remaining flour. Dough will be sticky. *The amount of flour used will vary, depending upon the moisture in the air.

4. Place dough on lightly floured surface and knead for 5 minutes (or use a standing mixer with the dough hook on a low speed), adding a little flour at a time as needed. If dough sticks to the counter, use a bench scraper to clean the surface and lightly flour the board to prevent further sticking. When done kneading, the dough will feel silky and smooth.

5. Put dough into a lightly greased bowl, cover with plastic wrap and let rise for 1½ hours in a warm, draft-free environment until approximately doubled (the bowl placed inside your oven with the light on is a good spot).

6. Punch down the dough with your floured fist. Shape as you like or follow instructions for shaping into pumpkins below.

7. Place dough on parchment paper or nonstick baking mat. Preheat the oven to 375°F. Cover the dough with plastic wrap or a clean dish towel as it goes through the final rise for 30 minutes to 1 hour. Note: If you are pressed for time, you can skip the second rise and still get great results!"

8. Right before baking, brush the bread with beaten egg wash (egg and water).

Two large pumpkins: bake for 15 minutes and then remove the pan from the oven (shut the oven door so the heat does not escape). Brush with additional egg wash and rotate the pan when returning it to the oven. Bake for another 15 minutes.

16 pumpkin rolls: bake for 12 minutes and then remove the pan from the oven (shut the oven door so the heat does not escape). Brush with additional egg wash and rotate the pan when returning it to the oven. Bake for another 10-12 minutes.

Note: The bread should take approximately 30+/- minutes in total, until golden brown and challah sounds hollow when bottom is tapped. (Internal temperature approximately 190°F - 195°F) Temperature will vary depending on the size of the bread.

10. Allow the bread to rest and cool for one hour before a) removing the kitchen twine, if making pumpkins, and b) serving.

If making large pumpkins, place a cinnamon stick in the center of each loaf to resemble the stem. 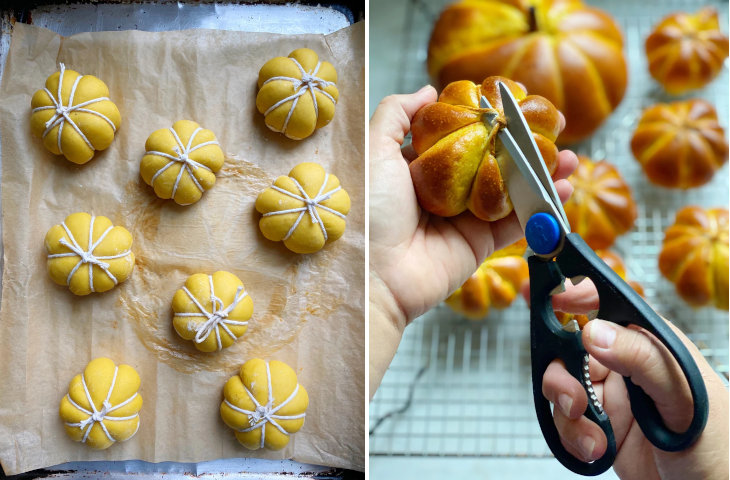 Two large pumpkins: divide the dough in half evenly; shape each half into a ball and set aside. Cut eight pieces of twine, each 16 inches long. Use four pieces of twine per large pumpkin. Tie each piece of twine around the ball of dough, one perpendicular to the next so that 8 equal sections of dough appear. If making large or small pumpkins, do not pull tight the twine around the dough. The dough will rise around the twine as it bakes, making the fluted pumpkin shape/sections. It will be easier to remove the twine this way once baked.

16 pumpkin rolls: divide the dough in half evenly; divide each half into 4 equal sections; divide each section in half for a total of 16 small pieces of dough; shape each piece of dough into a ball and set aside. Cut 16 pieces of twine, each 16 inches long. Tie each piece of twine around the ball of dough, one perpendicular to the next so that 8 equal sections of dough appear. Once the knot is tied, trim any excess twine with scissors. 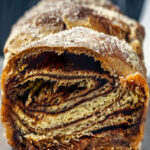 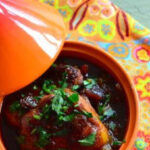 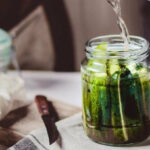 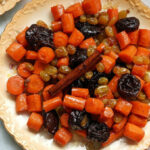 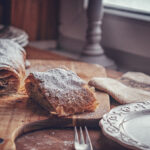 Rolled Up and Ready to Go: Where Strudel Really Came From3 min read 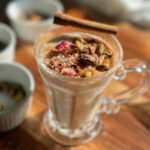