The first Duke of Sussex championed the rights of the underdogs and downtrodden in Britain and beyond, including the Jews.

When Prince Harry and Meghan Markle wed, they received new names; Queen Elizabeth II bestowed the titles of Duke and Duchess of Sussex on the royal pair. Harry is the first Duke of Sussex since 1843, when Augustus Frederick, the first Duke of Sussex, died. Though he’s little known today, the former Duke of Sussex was incredibly brave: an aristocrat who did away with royal traditions and championed the rights of Britain’s minorities. He was also a warm friend to Britain’s Jews.

Born in 1773, Augustus Frederick was the ninth child of Britain’s King George III and his sixth son. That meant that legally, he was required to gain his father’s approval to marry, something that is still required for everyone in line for the British throne until the sixth heir. Instead of asking the king, Augustus Frederick rebelled, traveling to Rome to marry Lady Augusta Murray there in 1793, when he was 20. King George refused to give consent and the marriage was never recognized. 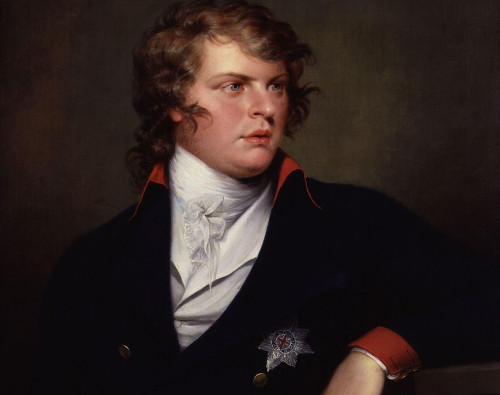 When the pair annulled their marriage in 1801, it seems King George III wanted to reward Augustus Frederick and granted him the title Duke of Sussex. If George hoped to keep his son in line, however, he was bound to be sorely disappointed.

Augustus Frederick, now the Duke of Sussex, became a radical, championing the rights of the underdogs and downtrodden in Britain and beyond. He fought to abolish the slave trade and championed rights for Britain’s Catholics. And one of his greatest causes was pushing for greater rights for Britain’s Jews.

Jews faced numerous restrictions in mid-19th Century England, including bans on serving in Parliament. The first Jew elected to Britain’s Parliament was Lionel Nathan de Rothschild, a prominent Jewish philanthropist, banker and politician. At a time when Jews faced intense suspicion and weren’t widely accepted by the upper echelons of British Society, the Duke of Sussex became friends with Lionel Nathan de Rothschild, and was a staunch supporter in the face of prejudice and anti-Semitism.

Rothschild was elected to parliament in 1847 but was not allowed to take his seat unless he’d remove his hat and swear a Christian oath. He refused, and his seat sat empty for over a decade, despite the fact that Rothschild was re-elected four times. The Duke of Sussex and some other liberal-minded British figures urged the government to amend the rules, to no avail. Finally, after over a decade of lobbying the Jewish Relief Act of 1858 allowed Jews to sit in Parliament without taking a Christian oath.

Duke Augustus Frederick also befriended another Jew living in London, the Italian-born Moses Montefiore. For a nobleman of the Duke’s social position, it was a surprising friendship.

Originally apprenticed to a company that sold tea and groceries, Moses Montefiore eventually rose to become one of 12 “Jew brokers” working in the City of London. After amassing a fortune, he retired in 1824, became Orthodox, and devoted himself entirely to charitable giving. He supported Jews in pre-state Israel, visiting seven times, and travelled to Russia, Morocco and Romania to plead with the rulers in those nations to ease their intense persecution of their countries’ Jews. With his Italian accent and the head covering he always wore, Montefiore must have looked eccentric in Britain. When he travelled, Montefiore would bring a shochet, or ritual slaughterer, with him to prepare kosher food, and he built a synagogue on the grounds of his country house.

Queen Victoria gave Montefiore an aristocratic title in 1846 in recognition of his work on behalf of the Jews. At the time, despite Montefiore’s eccentric-seeming lifestyle and appearances, the Duke of Sussex was delighted, telling friends that Montefiore’s recognition was “one of the things I have worked for all my life”.

The Duke’s ties with British Jews went beyond the eyebrow-raising fact that he associated with and was friends with Jews. He supported the Jews Hospital in the East End of London, which served Jews who arrived in Britain from Europe and who were often desperately poor. These refugees were poor, foreign, often with a feeble command of the English language. To assist them was virtually unthinkable for a British nobleman, yet Duke Augustus Frederick eagerly embraced this cause, becoming a patron of the Jews’ Hospital and Orphan Asylum in 1815. (The charity continues to serve Britain’s Jews. Renamed Norwood, today it provides residential and day programs for vulnerable members of the Jewish community.)

The Duke of Sussex seems to have been at home with Jews, perhaps enjoying a measure of close friendship and acceptance that he never received from his own royal family. He collected an extensive library, including 51 books in Hebrew. His most impressive volume was a 14th Century Hebrew Bible, which was sold to the British Museum after his death. Contemporaries noted that the Duke owned a black kippah which he would don in Jewish environments and whenever he spent time with his dear friend Moses Montefiore. 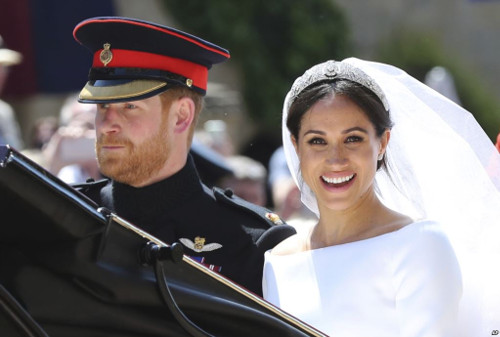 Unsurprisingly, Duke Augustus Frederick’s embrace of Jewish community and his championing of other liberal causes didn’t go down well with his peers, and he became estranged from much of his royal family. When he married for a second time, wedding Lady Cecilia Underwood in 1831, his family snubbed him once again, refusing to accept Cecilia as a royal. The First Duke of Sussex passed away in 1843, beloved by Britain’s burgeoning Jewish community.

As Harry and Meghan, the new Duke and Duchess of Sussex, settle into their role, let’s hope they’re guided by the example of Duke Augustus Frederick, who wasn’t afraid of going against tradition and protocol and embraced and defended the beleaguered Jewish community of his time.

World Repairs
The Blue Beyond
Great Place to Live
Is Eating Supposed To Be Spiritual?
Comments
MOST POPULAR IN Current Issues
Our privacy policy