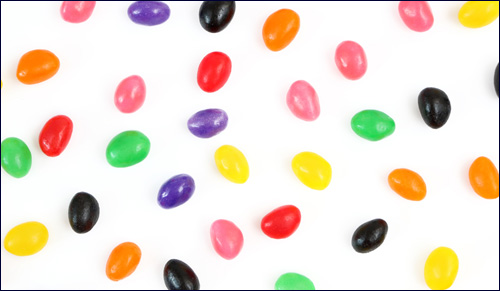 Why do we celebrate a Bar Mitzvah by slinging sweets at a defenseless child?

One of the most dangerous Jewish traditions is the throwing of candy at bar mitzvah boys on their big day (and throwing candy at your next-door neighbor is assault and battery.) The question is: why do we celebrate these milestones by slinging sweets at a defenseless child?

How does publicly pulverizing kids with jelly bellies make them feel like adults?

Let's be clear. The Torah does not require candy throwing and a reasonable argument can be made that the Torah frowns up such aggressive activity. Remember when Moses got into trouble for hitting a rock instead of talking to it? Granted, Moses was punished more for disobedience than violence, but we still can glean from this episode that hitting is not a good thing.

It all comes down to how the parents truly feel about the child. If the kid is loveable and dutiful, then the parents typically hand out soft candy for a light and fun pelting. No harm, no foul, no problem. If, however, the child is a difficult and disturbing delinquent, then the parents usually go with a harrowing hard candy horror show to teach the kid one final and painful lesson before adulthood. (Yes, I still have welts from my bar mitzvah.)

Candy throwing in celebration may seem like a relatively new concept but Jews have been pelting each other with treats on big occasions for centuries. Some scholars trace this tradition back to the Talmud which actually mentions the custom of throwing items at a bride and groom as a gesture of good luck and blessing: "We may let wine run through pipes before a bride and groom, and throw them roasted ears of corn and nuts." (See Brachot 50b) Some scholars note that during Jewish weddings, it became customary to throw nuts and raisins. Apparently, nuts were thrown as a sign that all sins are forgiven. Speaking of nuts, these days if you pelt a bride with pistachios and cashews, everyone will think you are nuts.

The same scholars note that Jews also threw raisins at each other based on one rabbinic opinion that intimates that in the Garden of Eden, Adam and Eve actually ate a forbidden grape, not a forbidden apple. Since eating the grape was a sin, Jews threw raisins to signify how the delicious grape turned into something dried out, inferior and thus negative. (Yes, the makers of Raisin Bran cereal angrily reject this tradition.)

So, we now know that Jewish food-fights during celebrations are nothing new, but candy throwing in synagogue creates a few unique issues. First, what kind of message are we sending the kids as they officially enter adulthood? How does publicly pulverizing kids with jelly bellies make them feel like adults? Is it a necessary rite of passage or are we just trying to squeeze in a parting shot for our own amusement?

Second, have you ever noticed how the kid's support team conveniently disappears right before the gummy bear gunnery begins, before the appetizing ammo is shot and before the laser-guided lollipops are launched? These adults discretely run for cover, leaving the terror-filled child alone in a sea of taffy torpedoes. Yes, in Jewish law there is a concept called Pikuach Nefesh (self-preservation), but the effects of sugary shrapnel are in no way life-threatening. The support team should stand with the child in solidarity and, if necessary, they should all go down together in a blaze of milk chocolate missiles and tootsie roll rockets.

Finally, while sitting in synagogue during candy throwing, have you ever been hit with delicious darts as part of candy-related collateral damage? If so, has this happened to you even when you are sitting nowhere near the line of fire? If so, have you ever wondered if that stray Sugar Daddy, the one that hit you right between the eyes, actually was intentional? Could it be that a vindictive congregant took this opportunity to exact revenge against you for some prior, perceived transgression, all under the guise of accidental, errant candy throwing? Was it all part of a JFK-like conspiracy, a “mystery wrapped inside a riddle, wrapped inside an enigma” wrapped inside a grape-flavored laffy taffy?

Bottom-line: If you get hit during synagogue candy throwing, immediately conduct jelly bean ballistics testing, check the grassy knoll, hope for a Zapruder-ish revelation and try selling the movie rights to Oliver Stone. 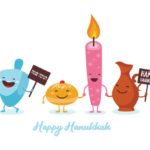 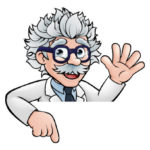 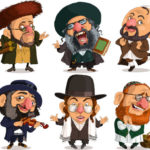