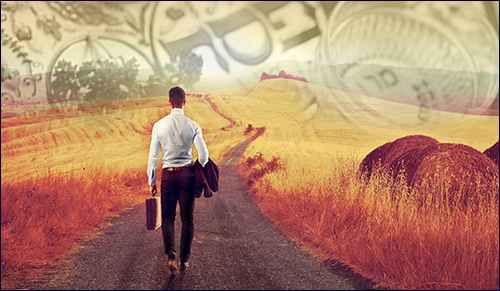 Coming together as families and as a nation to remember our shared history.

At this year's TED conference, the rock star Sting gave a moving presentation about how he overcame a creative block that surprised him in middle age. Suddenly, he was unable to write any new songs and the drought of ideas continued for weeks, months and then years. But then he began thinking about his childhood in the north of England; he had grown up on a street that led down to a huge shipyard. When Sting revisited the places and people of his childhood in his mind, his creativity was re-ignited. At TED, he sang some of the songs born out of his trip back in time. He sang about the personalities he remembers and how badly he had wanted to escape a life stuck in that shipyard. The songs are featured in his musical "The Last Ship" which will arrive on Broadway this fall.

Sting wasn't going back to live in the past; he was circling and coming forward.

Every year, as Passover approaches, I think of a spring long ago when one of my roommates stood in the doorway of my room. "Why didn't you buy your plane ticket yet?" she asked. "I told you I got all of us the group rate, right?"

I looked up from my laptop. "I know, I keep forgetting," I mumbled. But the truth was that now I wasn't so sure that I wanted to go to Cancun for spring break, even if Karen brought kosher wine, and Liz brought the matzah. For some reason, I wasn't as enthusiastic as I had originally been about having the Seders there.

"What do you mean you keep forgetting? You're the only one who also knows how to scuba dive, remember you promised you would go with me every morning?"

"I know, I'm sorry. It's just that my grandmother called, and I'm thinking of going home."

"Home? Instead of Cancun? Why?"

Her words echoed across the room as I stared at my screen saver. Why did I want to go home? Maybe it was something that my Indian lab partner had said the previous week when I asked him where his family was from.

I felt a pang of homesickness in the pit of my stomach. "Yes. I do," I said, and I saw a fleeting glance of envy wash across his face. That was when I began to think about changing my plans. Passover had always been about going home again.

I can still see my mother, grandmother and great grandmother in their ruffled white aprons, gathered around the kitchen counter. They’re peeling potatoes and laughing. There is chicken soup bubbling on the stove. The counters are covered with the special cloth trimmed in gold thread. Someone is taking out all the silver and china. There are cousins running up the stairs and through the living room. My grandmother hands me the beautiful, carved goblet that has been handed down for generations.

"Here mammela, you can set up the place for Elijah the Prophet," she says. I hurry into the dining room, my patent leather shoes echoing on the marble floor and my velvet dress swirling behind me. I place the cup on the table and it glimmers in the light of the chandelier. I watch my grandfather setting up the Seder plate and he winks at me as I look up at him.

"All set to ask the Four Questions?" he asks me. I nod as I admire his snowy white kittel and the enormous leather Haggadah that he is placing by his chair. Soon he will be joined by my father and my great grandfather, and they will sing the story of our redemption in that ancient, beloved tune that has wound its way forward through hundreds and thousands of years of Seders. They will hide the afikoman, and we will all scramble through the silent, dark hallways in search of the hidden treasure, not realizing until years later that the treasure was inside each of us already: the ability to return “home” no matter where we are.

Many Jews, regardless of how far away they may be, come "home" for Kol Nidre on Yom Kippur and for the Seder on Passover night. The commentator, the Nesivos Shalom, explained that there is a deep connection between the two holidays. On Yom Kippur, we return to God out of fear, frightened of the consequences of being disconnected. But on Passover, we return home out of love. Love for where we have come from. Love for those who cradled our childhoods with their words and their smiles. Love for the One who brings us home again.

On Passover, we gather together as families and as a nation to remember our shared history. We recall how thousands of years ago God took our spiritual potential and transformed us into the Jewish people. On Seder night, we go through that transformation ourselves as we reunite as families and as a people. We remember our unique mission to bring the light of our Torah into this world. And when we go home we experience a three-dimensional gratitude: Remembering the miracles of the past that brought us to this day. Seeing the blessings of the present that encircle our Seder tables. And touching the hope of our future redemption, when we will all go home as a nation.

"Going back home is a creative process. The events of childhood are like the Hebrew alphabet. The vowels are missing, and the older self has to make sense of them,” David Brooks writes. “He has to see the world with two sets of eyes: the eyes of his own childhood self and the eyes of his current adult self...Life has a way of blowing you off course. People have a way of forgetting what they originally set out to do. Going back means recapturing the original aspirations. That's one reason Jews go back to Exodus every year. Sting's talk was a reminder to go forward with a backward glance, to go one layer down into the self and then after self-confrontation, to leap forward out of self."

I remember going through the front door that spring break. Putting down my duffel bag. Inhaling the scent of my childhood. Seeing the cup of Elijah through the dining room doors. I searched for my grandmother. I heard the echo of faraway footsteps and laughter that had traveled through the years.

"I'm home!" I called out. The words were full of the sweetness of the past merging with the aromas of the present. Because there is nothing as powerful and transformative as putting down our bags and going home again. 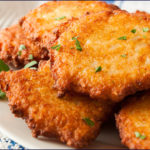 To Kill a Mockingbird4 min read

The Jewish Ethicist: No News is Good News4 min read