The Orthodox Community I Know 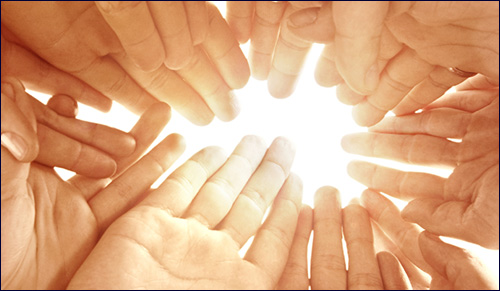 What do you envision when you think of the Orthodox Jewish community? Here’s an accurate portrayal based on real life experience.

The Orthodox Jewish community has a certain mystique.

Whether it’s because we look, act or believe differently, people are intrigued by stories about the Orthodox Jewish community. Media outlets often oblige but whenever I read these stories, they don’t quite resonate with me. They don’t look like the Orthodox community I know. So I’d like to share a few things that happened to me over the last year that give a more accurate insight into the real Orthodox Jewish community.

My wife and I have experienced fertility problems. We thankfully had been blessed with two children but as they grew older we had been trying for some time to have another child to no avail. One day I was speaking with my rabbi about our situation and I conveyed to him that my wife and I wanted to pursue fertility treatments but because of the steep cost, we were having second thoughts. A few days later my rabbi said that he spoke with an anonymous individual with means in the Jewish community who had agreed to sponsor fertility treatment for young Jewish couples if they could not afford it. He would not know who we were and we would not know who he was. He was motivated purely out of a sense of loyalty to the continuity of the Jewish People.

That’s the Orthodox community I know.

The excitement began early Friday morning and as the day progressed I started thinking about Shabbat. What would we eat? How would I recite Kiddush? Light candles? I remembered hearing about an organization called Bikkur Cholim which means “visiting the sick.” It’s a volunteer-driven charity that looks after the needs of people in hospital. I called them and within a couple of hours someone came to our hospital room with literally bags of food, grape juice for Kiddush, electric candles to serve as Shabbat candles, even spices for havdallah. The food is free and the person delivering it is a volunteer. In the few moments I had to speak with him I learned that he was just a regular guy -- an accountant -- who takes off Fridays from work to volunteer for Bikkur Cholim. I asked him why he does it and he replied simply that it’s what God wants of us.

That’s the Orthodox community I know.

After a quiet Shabbat with our new baby the doctors told us that they had detected some abnormalities on x-rays that they had taken. While they told us not to be alarmed, they were concerned and wanted to transfer her to the intensive care unit at the children’s hospital. So the day after giving birth to our baby girl, we were in an ambulance being transferred to a high risk intensive care unit for some unspecified condition. Not exactly what we had been planning.

Friends in our community heard what was going on and told us not to worry about our two kids at home. They would take care of them. They arranged sleepovers and carpools and meals. Bikkur Cholim received a notification that we had been moved to another hospital and contacted us and asked if we needed continued meal service. Grateful, we accepted.

The idea that my kids would let a bunch of strange girls give them a bath was, well, laughable.

We also received a phone call from another organization called Chai Lifeline. They are a charity dedicated to helping sick children and their families. They had heard about our situation and wanted to help in any way they could. They offered to take care of our older kids for all of Sunday so that we could stay with the baby at the hospital. They said that they would take the kids out for the day and have them bathed and ready for bed when we returned in the evening. When I heard this I actually laughed out loud. The idea that my kids would let a bunch of strange girls give them a bath was, well, laughable.

Sunday night after a long day at the hospital I returned home to find my kids playing with a Chai Lifeline volunteer and they were in their pajamas, and…

“Why is your hair wet?” I asked my daughter.

“They gave me a bath,” she said nonchalantly.

Stunned, I sat down at the table and had a bite to eat while I listened to my kids tell me about their amazing day. Then I heard the water in the sink running and turned around and saw the Chai Lifeline volunteer washing our dishes. Washing our dishes! “You don’t need to worry about washing dishes right now,” she said.

Word started getting out in our community, and I cannot count the amount of people who approached me in shul and asked what they could do to help. And help they did. For three weeks we didn’t cook a meal because people in our community rotated, cooking meals on our behalf. A few people asked me for the baby’s Hebrew name. They wanted to pray for her.

After two weeks in the hospital, the doctors told us we could go home. In the end, they said they would monitor her condition, but over time it would likely go away on its own.

Our two kids at home were delighted at the return of their baby sister. They helped her and cared for her and nurtured her. As a parent, there’s no better feeling than seeing your children care for one another. Likewise, when God watched how my community took care of my family in our time of need, I think He too had that parental pleasure, so to speak.

I wish I could thank my community publicly for everything that they’ve done but I am writing this under a pseudonym to protect the privacy of my family. But I know that my community doesn’t want a public thank you. They were just doing what they do.

Top 10 Questions for the Pope
Don’t Believe in Other Gods Versus God is One
Seeing Without Eyes
Why Shouldn’t We Eat Whatever We Want?
Comments
MOST POPULAR IN Israel
Our privacy policy
Aish.com Is Looking for Great Writers