Over the Top Bar Mitzvah Videos 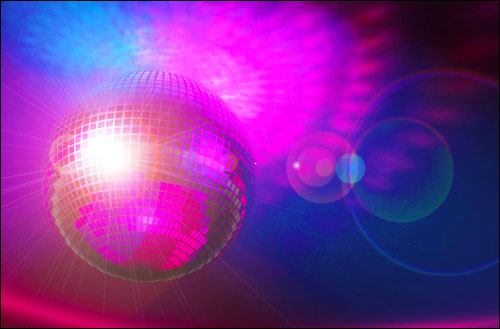 What can we expect when so many Jews are denying their kids a serious Jewish education.

Sam Horowitz’s bar mitzvah was nearly a year ago, but the video of his over-the-top coming of age celebration has only recently gone viral, viewed hundreds of thousands of times, even earning the thirteen year old and his mother a spot on Good Morning America.

In his video, Sam – dressed in a sharp white suite – descends from a ballroom ceiling in a large white chandelier, landing in the midst of a bevy of scantily-clad dancers wearing flapper-style miniskirts, and joins them in a Vegas-style dance number, the ceiling-high word “SAM” written in lights behind them.

Reaction to Sam’s video once it went viral was swift. One commentator wrote in the Washington Post that the excesses of Sam’s bar mitzvah party showed a lack of spirituality on the part of the bar mitzvah boy and his family – only to apologize a few days later in the paper, saying it is the Jewish community – rather than Sam himself – who deserves criticism.

Sam’s video is only one of several bar mitzvah videos to go viral in recent months. Daniel Blumen, the Atlanta pre-teen whose bar mitzvah invitation – featuring celebrity appearances by Mayor Kasim Reed, Charles Barkley, Shaquille O’Neal and No-Yo – is also enjoying a viral moment. And a six-year-old video “Best Bar Mitzvah” speech – in which a jaded-sounding bar mitzvah boy admits he doesn’t believe in God or Bible stories – was gaining thousands of hits, too.

Unfortunately, these videos are easy to mock. Most of us instinctively recognize that marking a bar or bat mitzvah is a momentous event. And watching kids engage in over-the-top theatrics, or appearing to make fun of Judaism, seems somehow wrong at a time when they are meant to be celebrating their growing maturity and spiritual development. These videos are lavish, but ultimately empty.

Yet besides being easy targets for disapproval, these videos have something else in common, too. They’re passionate. They’re creative. The kids who made them clearly were eager to comment on and mark their Judaism in some way.

Our kids are seeking creative ways to express their search for spirituality and fulfillment.

Their very existence speaks to a timeless Jewish concept: the pintele yid, or spark of spirituality that exists inside every Jew. This quality restlessly seeks to find meaning in life, to connect with its Creator. It drives us to try to grow, to fulfill the plans that God has for us, to give meaning to our lives, and to try to become the people that God meant for us to be. The pintele yid can be ignored. It can be neglected, covered up, hidden – but it will find a way to drive us to look for greater meaning in our lives.

Today, especially, when traditional Jewish education is a rarity in many circles, our kids are seeking creative ways to express their search for spirituality and fulfillment. After viewing the aforementioned video of the bar mitzvah boy who admits he can’t find meaning in the dry messages he was taught about Judaism in Sunday school, Aish.com’s Lori Palatnik pointed out “this kid is…saying the Judaism he knows is not inspiring or relevant or real,” and that he probably speaks for 90% of bar mitzvah kids today. But by talking about his struggles with Judaism – by putting his thoughts on the internet for all to see – he’s at least grappling with issues that are important to him.

Of course the showgirl-style dancing or overt materialism is not how we should be relating to bar mitzvahs these days. But what can we expect when so many Jews are denying their kids a serious Jewish education and the benefit of 4,000 years of Jewish wisdom.

Rosh Hashanah is a time for introspection, a time to ask ourselves whether we’re doing all we can, and to make resolutions to do better. Certainly, we can and should seek a more serious form of spiritual engagement than the over-the-top antics of today’s crop of viral bar mitzvah videos. But at the same time, we can learn a lot from the passion and energy and attempts to do something good and lasting that many of the bar mitzvah kids in today’s viral videos display.