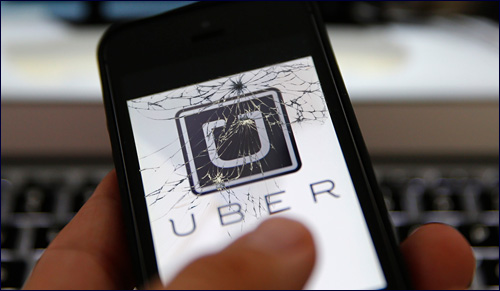 We felt in danger but oddly did nothing about it.

Since Uber drivers are simply human beings after all, each trip is as varied as the human race. Unfortunately our last driver did not exemplify the qualities I previously wrote about it (!) but it wasn’t him I learned about this time, it was myself. There were some signs when he pulled up. His trunk was full of “junk” and we had a very hard time fitting our suitcases in. The backseat was similar and we were challenged to fit ourselves in!! There was no friendly good morning, chit-chat or offers of water. The a/c was broken and opening the windows subjected us to the noise of the freeway. But none of that was what really mattered.

The real problem was that our Uber driver was actually not a very good driver! In the first place, he drove in a very jerky stop-and-start fashion, an inauspicious beginning for someone like me whose motion sickness is likely to rear its head at the most inconvenient of times. But that wasn’t the issue either. He actually didn’t seem to know where we were going. In today’s world of Google maps and waze, this should not be a serious issue. He did have a smart phone and he did have some type of navigational app. But it wasn’t positioned on the dashboard and he didn’t seem able to rely on the oral instructions alone. So he kept looking down to check the directions. And when I say “he kept looking down,” I mean over and over and over again.

I was not alone in my concern over this situation. My husband was nervous as well and immediately pulled out the Traveler’s Prayer to recite! It was an hour-long journey and I kept suggesting to my husband (in a low voice of course) that we pick a place in Trenton or Morristown or some other small city along the way and ask him to just let us off there. We consulted our own iPhones, we debated, we clutched the doors nervously, we prayed – and we just sat there. Until we finally arrived at Newark airport (it’s never looked so good!) and we said another prayer of thanks and breathed a real sigh of relief. Sometimes I exaggerate for the sake of this column and to make the story sound more interesting (sorry everyone!) but not this time. It was really a harrowing ride and we were really nervous.

We thought we were at risk of our lives and yet we remained silent. Why?

But the problem was that we didn’t actually do anything about it. I’m not diminishing the power of prayer but this was also a time for action. We didn’t ask him to pull over or to let us off early. We felt awkward, uncomfortable so we allowed ourselves to remain in the car for this whole, actually dangerous, experience rather than assert ourselves. This was a troubling recognition. We were so passive, so unwilling to assert our rights. We didn’t even say “Would you mind not looking at your phone so frequently or could you please keep both hands on the wheel?” although my husband did access Google maps on his phone and turned the volume up high! We truly thought we were at risk of our lives and yet we remained silent.

I’m still trying to process this reaction. We all learned of the Milgram experiments where subjects shocked other participants seemingly to the point of death because they were unwilling to challenge the authority of the man in the white lab coat. We were unwilling to even challenge our Uber driver who had no actual authority over us and simply the power of being the one in the driver’s seat.

I’m concerned about what this says about us (too nice?) and trying to plan for the future. On Passover we try to rid ourselves of all types of enslavement – the psychological ones being the most difficult. Allowing myself to make bad, nay dangerous, choices rather than stand up for my needs, rather than create an uncomfortable situation suggests a type of slavery, one that I need to work on escaping. I have many things to work on this Passover and now I’ve just added a new one to the list. No matter the situation, I need to remember that I can still be the one “in the driver’s seat.” As I always tell my students, “We can’t control the situations we are in but we can control our responses,” and in this case not just the emotional one but the behavioral one as well. It’s time to practice what I preach.

I think I’m going to stay home and avoid travel for the next little while, other than leaving Egypt….

The Sandwich Generation
The Promise Of The Land
Which Chat Are You On?: Parshas Behar/Lag Ba’Omer
Do You Like Slow-Cooked Food? Thank the Jews
Comments
MOST POPULAR IN Mom with a View
Our privacy policy