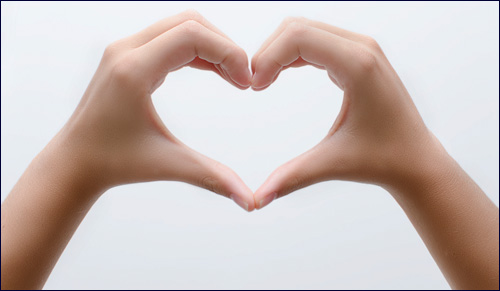 I was blown away by her extraordinary act; she didn’t think it was even praiseworthy.

I ran into an old friend recently – let’s call her Staci. “What are you up to?” I asked her. She gave me a quick reply about how busy she is with her grandchildren and younger kids who are still at home. “In addition to that?” I inquired.

Unlike me, whose ego would have compelled me to jump to list all the big and important projects I’m involved in, Staci gave a very minimalist, non-descript answer. “A little of this, a little of that," she replied, "and by the way," she continued, "I ran into your daughter at a wedding the other night…” And the Jewish geography began.

I hadn’t given her response and our subsequent conversation much thought until I mentioned it to my daughter – who then proceeded to tell me the following story. That was not a typical wedding Staci mentioned. The bride, Mindy, had grown up with a very complicated home situation. Staci had taken Mindy into her home and was like a second mother to her. In many ways, she had raised her, giving her the stable foundation she needed to now build her own home.

Staci's curt reply – “A little of this, a little of that” – began to grow in proportion. I began to reflect on my friend's humility. The story continued.

Mindy’s wedding took place during the same week as Staci’s own daughter’s wedding, on one of the nights traditionally set aside for sheva brachos. Staci and her family, along with her daughter, a new bride herself, and her new husband cancelled sheva brachos so they could participate in Mindy’s celebration. Just “a little this, a little that.”

Staci’s family wore gowns to Mindy's wedding to signify their closeness and attachment. After Mindy danced with her own mother, Staci was the next in line.

When I heard the whole story, I was blown away. And humbled. “A little this, a little that” meant taking another child into her family and treating her literally as a daughter – making her simchas as meaningful as their own. Not only was it a special – and time-consuming and I’m sure emotionally challenging – thing to do, she never mentioned it. It would have been so easy to have thrown it into the conversation: “I saw your daughter at the wedding of a girl who we were very close to, who lived in our house growing up. It was a very special wedding since I felt like a second mother to her.” “We were so happy to cancel our own sheva brachos and celebrate with her.” I could think of so many creative (and natural!) ways that this crucial information could have been inserted. I probably would have done it. It would have been a subtle way of saying “Look how good and righteous I am!”

But my old friend didn’t do any of those things. She merely mentioned she saw my daughter at a wedding and left it at that. If my daughter hadn’t filled in the blanks, I’d be none the wiser. And that would be a shame. Because I wouldn’t have understood Staci’s pure and simple kindness and her pure and simple humility. She didn’t say anything because she didn’t even think of it as something particularly praiseworthy. It’s just the way she lives. Kind and caring and humble. “A little of this, a little of that.” I have a lot to learn.

Why I Love Cleaning for Passover

What a Difference Sincere Gratitude Makes

Our Collective Tragedy
Why My Iranian Mother Didn’t Want Me to Become a Religious Fanatic
The Jewish History of Prague
Why the Sexual Revolution was Bad for Women
Comments
MOST POPULAR IN Family
Our privacy policy
Aish.com Is Looking for Great Writers