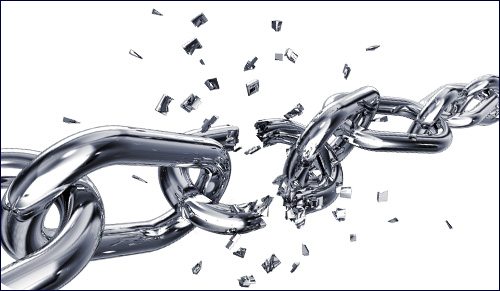 I could not accept the constraints imposed upon me as a Jew growing up in Iran.

As an Iranian Jew, my desire to be free impelled me to leave my family and heritage, and travel a dangerous road to a country where I could study, speak out, and be a Jew.

As a child of Iran in the late 1970s, I was taught to keep my head down and my mouth shut. I was free to be Jewish as long as I was discreet and silent. My father encouraged me to follow these dictates, which had supported the existence of Iran’s Jewish community for thousands of years. Every member of an Iranian minority knew that the freedom to live – and even flourish – was predicated on remaining small and silent.

I was not free to be myself.

I knew that I was not free to be myself – to voice my opinions, to read what I pleased, to listen to music that called to me, to walk in the streets with my head thrown back and be a girl, a student, a Jew.

My mother told me that I could set my goals high and accomplish anything that a man could, but I knew that my freedom was limited. My sense of responsibility informed me that if I declared my freedom to act, I would face grave consequences. To be a Jew and a thinker in Iran in the late 1970s meant that the individual had to live as a slave in relative liberty, within the dictates of her masters.

I could never accept this.

Following the Dictates of My Heart

In 1978 I was 13 years old and I slipped out of my father’s house to join university students demonstrating against the brutalities of the Shah. I thought that by adding my voice to the cry of “Long Live Freedom!” I would help freedom come to my country. I was young, idealistic and naïve. As my ambitions were primarily academic, I truly believed that my desire to live a life without restraint could never harm me, or bring harm to others.

When the Shah was replaced by the Ayatollah Khomeini, whose regime imposed cruelties and restrictions as yet unheard of in my country, one tyrant was replaced with another. To use the Persian proverb, we had climbed out of the pothole only to fall into a gigantic well. Nonetheless, I continued to follow the dictates of my heart and spoke out whenever I saw people bullied or in danger.

At 13, I intervened in a schoolyard incident with repercussions that would chase me down over the years. In my private girls’ school, students of all denominations studied together and were friends, free to even visit one another’s homes. When pro-extremists in my city of Shiraz took it upon themselves to hurry the Shah’s departure, one of their tactics was to foment social unrest. They burned many homes in the Baha’i community. On that particular day, I was playing volleyball during recess when I saw a group gather around a Baha’i friend. I could hear distress in her voice. The more radical of our group was taunting her, saying that it was a pity that her house had not been burned as well.

I jumped into the fray and faced the ringleader. “How can you to tell her that her house should have been burnt as well? You say you follow the teachings of the Prophet but he would never condone this,” I challenged. “The name 'Mohammed' means 'peace' and 'tolerance.’ Where is your sense of tolerance and peace if you set the homes of innocents on fire?”

I was suspended from school for my comments, but I knew I had defended my friend against injustice. My mother told me I had done the right thing, but that I should never put myself in danger again. My mother was prescient: I did not know years later the Muslim friend to whom I had spoken would use her Hezbollah connections to put my name on a list of people to be disappeared by the government. Her actions would eventually require me to leave school and go into hiding for over a year, and eventually flee Iran.

Women who revealed a spot of skin could face fines, jail, or acid attacks, initiated by the Ayatollah’s fleet of guardians.

Had I known that my outburst would one day impel my flight into the most dangerous desert in the world – the Kavira Loot – and my difficult journey to Pakistan, would I still have been so free with my words? I believe so.

Enslaved by the Hijab

The situation in Iran grew more dire and women were obliged to wear the hijab. The Ayatollah had mandated a form of hijab that was heavy, dark and clumsy. It literally limited my steps. Women who accidentally revealed a spot of skin – perhaps a sudden flash of ankle, neck or wrist – could face fines, jail, or worst of all, acid attacks, initiated by the Ayatollah’s fleet of guardians who patrolled the street on motorcycles. They would zoom by the offending woman, throw the acid on her, and race away, leaving her writhing in pain, shamed, and scarred for life. 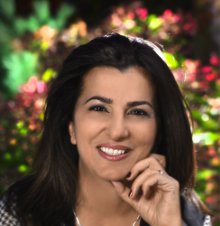 My mother, seeing me wither at home, contacted smugglers and passed me into their hands, assuring me that, “If you have nothing to die for, you have nothing to live for. Go with them into the desert, find freedom and live. This is not life you are living, it is a living death.” When I think of my brave mother, who courageously watched me leave our home in the company of strangers, who gave me up so that I could find life in a different world, my heart still breaks.

Many Iranian Jews felt as much a part of Persia as any other people. Sometimes slaves just accept their bonds.

My ancestors followed the hand of God out of slavery and into the desert, where for 40 years they learned to live as a people until they came, cleansed of the stink of slavery, into the land of Canaan. In late 1982, I passed through the desert, came after a lapse of seven months to Canada, and I gladly left the symbol of my slavery – my hijab – behind me, to live as a free woman among my people where I am free to discuss and to share my beliefs in an atmosphere of acceptance and tolerance. In my new country, I developed the confidence to become a unique hybrid, a Canadian-Iranian Jew, and I feel like a flower transplanted out of stone-filled earth into a field that is fertile and deep.

In my heart and bones I know that "In every generation a person should feel as though he personally went out of Egypt... Today we are slaves, tomorrow we shall be free men." I lived this. I escaped the hijab. And it is my mission to tell this story, the story of what it means to be a Jew.

Dr. Sima Goel is the author of her memoir Fleeing the Hijab: A Jewish Woman’s Escape from Iran.

Dr. Sima Goel has been a practicing chiropractor in Montreal since 1994. Fleeing the Hijab: A Jewish Woman’s Escape from Iran. Dr. Goel accepts invitations to share her story. Visit http://www.fleeingthehijab.com for contact info.

Empowering Beliefs For Freedom
Blessing on Chewing Gum
Was Rahab a Prostitute?
Extras In Our Own Epic
Comments
MOST POPULAR IN Spirituality
Our privacy policy