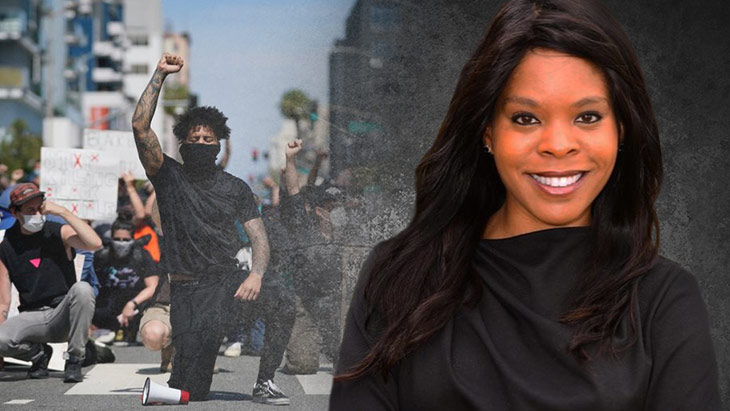 The past several weeks have been overwhelming and heartbreaking for me.

One of my most used slogans is that “I don’t fit in a box”. And I say this as a black Jewish American who is Orthodox. I'm asked many times to share my story because people are so curious about my journey. But my story is quite long and complicated so I don’t tell it as much anymore. Nevertheless, the short version is that I wanted to live a Torah-observant life which I found immensely fulfilling. And I’m also blessed to have met my husband, Aryeh Klein, who has provided me with support and compassion every step of the way.

As a black Orthodox Jew, I've had many different experiences that make me who I am, and one of them is the experience of being a person of color. The past several weeks have been overwhelming and heartbreaking for me.

I want to first express my condolences to the family of George Floyd. No man, no matter the color of his skin, should die in that manner. It is a horrific tragedy.

I also extend my condolences to retired police officer David Dorn who was killed by looters and rioters. Another terrible tragedy. I can’t begin to tell you how deeply saddened I am about these tragic events.

As a social worker who has worked for a police department and worked side-by-side with our officers, I have respect for our police officers who risk their lives to protect citizens every day. I truly appreciate them. 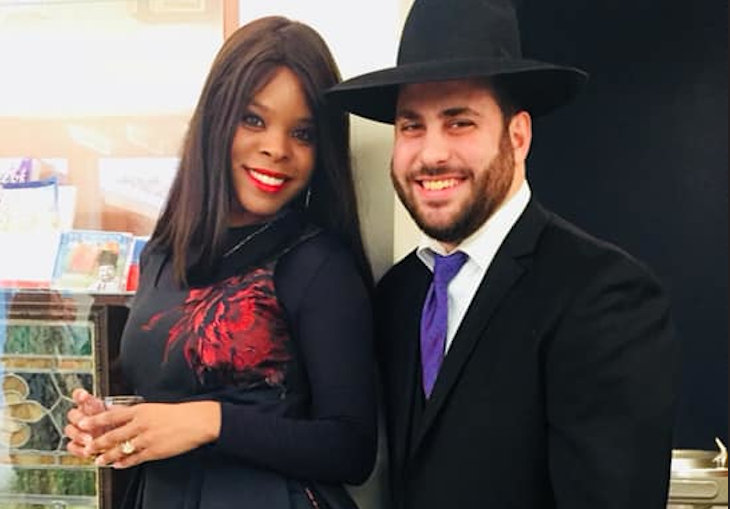 On the other hand, I also understand the awful experiences and challenges that black Americans – more specifically that black males – face in the United States.

George Floyd is just one of the many horrific incidents that describe what some black men face when interacting with the police. Unfortunately, there are some bad cops in the system. They need to be identified and not hidden within the police departments. I believe that police officers – black and non-black – could benefit from learning different arrest procedures and cultural competence training. Too many police officers – and average citizens for that matter – are suspicious of black males and hold racist beliefs. As the daughter of a black male, I’ve experienced this with my own eyes.

I remember when I was 15 years old, my parents and I took a cruise to Alaska where we were one of two black families on board, along with hundreds of people. We encountered a lot of stares, awkward conversations, and discomfort by others.

As we were on our land-and-sea tour during our train ride through the Yukon Territory, there was an open seat next to my father. No one wanted to sit beside him. You could see the sneers and faces of displeasure as they passed him by, judging my father just by his skin, not by his character.

In a Detroit Jewish News article, a black man shares his story about being pulled over every day at 5 AM while on his route to the gym where he was working as a trainer with a client. He asked this officer, “Why do you pull me over every morning? You know who I am. I’m the only black guy who comes over here.” The cop gave him no reply.

The outrage is understandable. It has been expressed through peaceful protests by multitudes of people, and sadly, it has also been expressed by destructive rioting

The outrage is understandable. It has been expressed through peaceful protests by multitudes of people, and sadly, it has also been expressed by destructive rioting by a wide range of people, black and white, some who just want to start trouble, some who are angry and are expressing it inappropriately, and others who have different agendas.

In 1966 while giving a speech, Dr. Martin Luther King spoke about rioting. He says:

This quote is usually taken out of context by individuals who support rioting. If you knew Dr. King, you would know that he believed in peaceful protests and did not support violence. Dr. King was merely providing empathy on the issues and concerns of black America, while also highlighting the reason as to why people were rioting. He did not condone it.

Dr. King, who was a minister, spoke from many religious principles including peace, kindness, and respect for your neighbor. Just like Dr. King, my parents always taught me about kindness and respect for your neighbor. I was also taught that just because you may experience hurt, it doesn’t mean that you have the right to hurt others. My mother's story is a prime example of this.

My mom is a retired journeyman electrician for General Motors. During her time working there, she was diagnosed with multiple sclerosis. She also experienced racism and sexism on the job that exacerbated her medical condition and quickened her decline. My mom spent years in court battles over the way she was treated and never received justice. Despite the horrible mistreatment she received, she continued to have faith without being fueled by anger and hate against the world.

I believe that my parents’ strong will and ability to continue to have faith no matter what challenges they faced are some of the reasons that motivated me to seek a more observant Jewish lifestyle.

My dad often tells me that good things and blessings happen in difficult times. He’s right. Difficult times like this showed me that I have amazing family and friends that care about me and support me. Furthermore, these difficult times helped me see what obstacles I could face no matter how difficult -- especially when guided by faith.

Last but not least, we can all combat racism with the specific principles of treating people the way you would like to be treated, learning about our fellow neighbors, and treating people with respect no matter where they come from.

We can also learn to how to combat racism by:

Aliza Bracha Klein is a social worker for a public school district. Prior to becoming a school social worker, Aliza worked for a police department where she provided crisis intervention to victims of domestic violence, sexual assault and secondary victims of homicide. Prior to joining the police department, Aliza Bracha worked for many other organizations, and held leadership roles for several metro Detroit Jewish organizations. She holds a bachelor's degree in journalism from Oakland University and a master's degree in social work from Wayne State University.

It Takes a Virus
Scientific Curiosity and the Divine Encounter
Mind Over Milkshakes
Love the Convert
Comments
MOST POPULAR IN Current Issues
Our privacy policy
Aish.com Is Looking for Great Writers