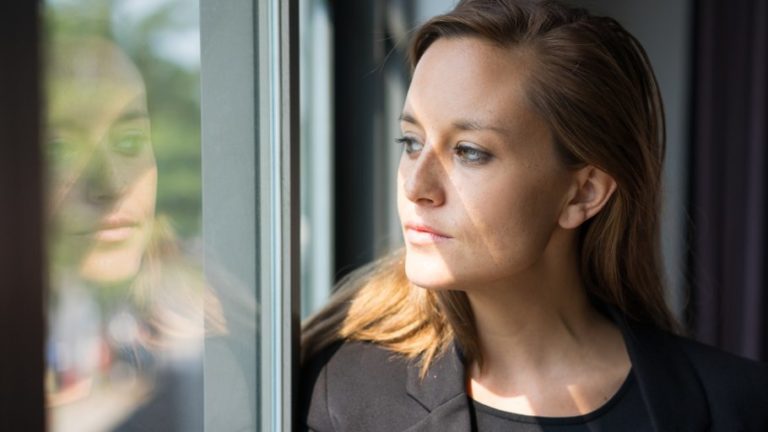 My relationship with God was on rocky ground when I heard about young mother who needed our prayers.

I didn’t want to pray on that rainy, autumn day. The sleepless nights and weeks of frustration had taken its toll on me, and with two close family members in hospital, a best friend getting engaged, and my own abysmal dating scene to deal with, I wasn’t sure where I was with God at the time.

I’m angry, I realized, as I stared at my siddur, willing it to pray for me as I knew I wanted to but also knew I didn’t. I opened it up, flipped its pages, pondering over the stories it could tell if it spoke. Shut it. Opened it. Shut it. Ran my fingers over its cover again while the voices in my head fought over what to do next.

It doesn’t help anyway, one chided.

How do YOU know? the other one said, somewhat sensibly.

Stymied. My phone beeped. Excited for some distraction from the current predicament I was in, I grabbed it and opened up the text from a good friend. Oh, it’s one of those. It was a Psalms text, asking for prayers. A mother of an acquaintance was ill; the doctors reckoned she was close to the end, a young woman facing the biggest uncertainty of all. Life turned upside down and inside out, like being in the centre of a swirling, twirling tornado. I opened up and started to pray.

The next few weeks were full of text updates. One day she was doing better, the next, things had taken a turn for the worse. In my little blue car, as I drove to and from work, my colleagues talked of terrible treatment – the only chance of survival, when there was nothing else left. I prayed three times a day, put on a more modest dress, beat the angry gremlins inside to just do that extra bit more to contribute. I snapped one less time at my sister, held back from sharing something really funny which was probably needless gossip. I cried. Begged. Pleaded. Wanted desperately for a miracle. Almost expected a miracle.

I had a sense of satisfaction at my additions for the cause, imaginary bar graph getting taller with all the good deeds that could be done, especially when I knew how hard it was for me.

And then on one deceptively beautiful day, she died.

It hit me hard. Harder than I ever would have imagined, considering I barely knew her. I cried for her family, for her kids – the youngest just two years old, all gorgeous dark curls, dimples and green eyes. I cried that sad things happened, that death existed, that grief and loss and pain are inevitable. I spent the day getting on with things in that half-hearted kind of way, surprising myself with random waterworks while I graded papers, made an omelette, bought a cucumber. By then it was almost sundown.

I thought of not praying. Of how powerless I felt to change anything anyway, of how hurt I was by God for letting it happen, and then…Of how deserving I’d felt this woman, this barely-known acquaintance was, of my good deeds. I’d done it all because I felt that she was good, she deserved, she needed the merits that I could bring.

And yet, here I was, in need of more than one miracle, and… what about me? Was I not deserving of one good deed, one prayer with concentration, one spark of hope in the dark? And if I was, as I was, how could I hold back from approaching my Creator again, asking, begging, pleading for myself and my life? How could I not give myself that chance of the merits it brings and the connection it fosters?

I prayed. I spoke with words and writing and tears. I am yet to receive what I want. But in the meantime, I do the things which remind me that whatever which way things are going, I deserve every prayer I can get. And indeed, every prayer I can give.

Devorah Gold is a teacher and writer who loves people, words and music. With ambitions to follow the Doctor in his path, her 'Rebbetzin Seuss' poems are the Next Big Thing!

Five Thousand Prayers
Olivia Newton John’s Grandfather was a Nobel-Prize Winning Jewish Physicist
Don’t Believe in Other Gods Versus God is One
Seeing Without Eyes
Comments
MOST POPULAR IN Spirituality
Our privacy policy
Aish.com Is Looking for Great Writers