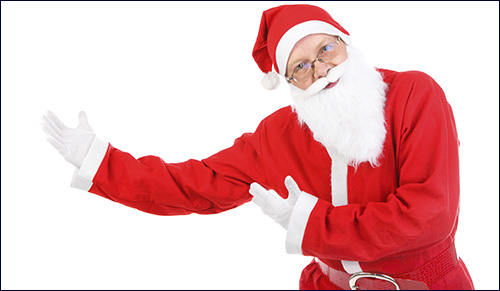 How my father’s journey from Santa Claus to a gift-lugging dog in a drainpipe led me to Judaism, sort of.

It all started in in Mrs. Mann’s kindergarten class at Carrie E. Tomkins elementary school. We’re learning that cows say “moo” and cats say “meow,” I’m furiously taking notes and Mrs. Mann suddenly points out the window and yells, “Look, children!” We look, and racing toward us across the grounds is Santa Claus. He has clearly just emerged from the woods in the direction of my house, and as he bounds over the grass, a big sack bouncing over his shoulder, I think, I’ll bet he must not be able to use his sleigh except on Christmas Eve.

Mrs. Mann lets Santa into the class and, huffing and puffing, he starts to give out presents, his red suit hanging off what appears to be a pretty spare frame. My best friend, Ricky Feurst, ninth in a Catholic family of 12, jabs me in the side and whispers, “You know who that is, right?” I give him a withering glance and say, “What are you stupid? It’s Santa Claus.”

“No, genius, see the glasses?” I look. Santa’s glasses aren’t the Ben Franklin spectacles from all the pictures, but thick black glasses just like my father wears. Oh, I think, isn’t that just like the media, to gussy up reality and pretend Santa doesn’t wear normal glasses? (That really is what I thought, though I don’t think I used the words “media” or “gussy.”)

Then Santa hands me a present, gives me a big wink, waves a “Ho ho!” to all the boys and girls, and runs back into the woods in the direction of my house. After school, I open my front door and see the Santa Claus costume in an open box on the couch. I was floored when I realized the truth. Santa Claus has been in my house! And he left his clothes!

Yes, I was a little slow on the uptake. But I did figure it out eventually. Unfortunately, it was when I was 35.

Okay, that part’s not true. My father confessed to playing the role that very evening, and it was my first dose of reality that reality isn’t always what you think it is. My father, a self-professed Realist, never took sacred institutions too seriously, and he wasn’t interested in participating in the universal pastime of persuading his children that Santa Claus – or the Easter Bunny, or the Sandman, or Jack Frost – were real. (He also never believed Richard Nixon, and turns out he was right.)

All of which kind of led to Shpitzvinkel.

My stepmother decides no more Christmas tree. My brother and I are outraged at this affront to family tradition.

It’s 1981, and my youngest brother is now old enough to be more interesting than a piece of living room furniture, and my stepmother decides a Jewish home should be more Jewish, and no more Christmas tree.

My older younger brother and I are outraged at this affront to family tradition. “We’ve always had a tree!” we cry in unison. “We can’t stop now!” (Does it hurt the pathos to note that at the time I am 22 and my brother is 17?) But the decision has been made, and we go to sleep with visions of coal dancing in our heads.

When we awake, our bleary eyes are greeted by a bizarre sight. On the mantle is my sister’s big Snoopy doll, dressed in a horrid little red sweater and long black knee socks, festooned with ornaments, and lights hanging off his big nose.

“Dad, what in the world is going on?” we ask, rubbing our eyes.

“What the heck is Sphitzvinkel?”

He points to the festooned dog. “That’s Shpitzvinkel!”

He then proceeds to sing us a song he wrote about a mysterious dog of that name who enters your house at night through the pipes and emerges from the sink drain to bring presents to all the boys and girls, whether or not they’ve been good.

“That’s my Snoopy doll,” my sister cries. (She was only 25 at the time, and very sensitive.)

“Well, yes,” my father says. “He’s not the real Sphitzvinkel.”

“Where is the real Shpitzvinkel?”

“There is no real Shpitzvinkel!” my father says in exasperation. “I made him up!”

At which point my younger younger brother gets upset, because as smart as he is, it’s only at this point that he realizes how crazy his father is.

But we calm him down, open the gifts, and peace reigns.

Our family celebrated Shpitzvinkel for years. My sister maintains it wasn’t a dog, but a gnome with a corkscrew hat (to auger through the pipe, see?), and my younger younger brother says it wasn’t a sink he popped out of, but a toilet. That was the beauty of Shpitzvinkel, that it could accommodate such important differences.

(If this sounds at all like Festivus – the made-up holiday made famous on “Seinfeld” – you may be interested in knowing that Festivus came from the personal history of one of the writers on the show, whose own father had made it up around the time my father created Shpitzvinkel.)

I don’t tell them about Shpitzvinkel because I’m hoping to stay married.

Okay, fast forward 15 years, I’ve been to Israel, gotten religious, gotten married, had four kids, and have just moved to Passaic, New Jersey. It’s Hanukkah time, and each night for the last three nights we’ve kindled the lights and watched their reflection in the shining, joyful eyes of our little boys. I don’t tell them about Shpitzvinkel because I’m hoping to stay married.

On day three, I take my four-year-old and two-year-old with me on errands in our new town, stopping first at the post office to buy stamps. I get on line behind a crowd of non-Jewish neighbors who all have brightly wrapped packages under their arms and in shopping bags. I smile at them, hoping to make a good impression and trying not to break their happy holiday mood. That’s when I notice my kids aren’t at my feet, and their absence is never a good sign. I turn around and see a horrifying sight.

The two boys are on their knees in front of the Christmas tree in the corner of the lobby, yanking the little colored balls off the branches and flinging them away as fast their little hands can manage it.

I can’t imagine what the crowd thinks of two kids with yarmulkes destroying the symbol of their holiday, but whatever it is it’s probably not good. I race over, yank the boys away from the tree, and start putting the little colored balls back on the branches as fast as my little hands can manage it.

That’s when Rabbi Zupnik walks in.

He’s one of the biggest rabbis in town, most of my friends go to his shul, and this is the first time we’ll be meeting. He looks at me on my knees, trimming the Christmas tree. I look back at him. Time stops. There’s only one thing I can say.

I give him my biggest smile, and shrug. “Don’t you just love this time of year?”

Well, suffice it to say, I don’t daven (pray) at Rabbi Zupnik’s shul now. But I do daven at another shul. And keep Shabbos. And send my boys to yeshiva. And recognize God’s existence.

And I give my father a lot of the credit for this. He’s the one who taught me that you shouldn’t pretend to be something you’re not, shouldn’t practice something you don’t believe in – but should act on something you do believe in. So when I actually learned a little about Judaism and met some amazing observant Jews, and saw what an important role the Jewish people played in history, I decided to join in.

Of course, when I said all this in my speech at my first-born’s bris, my father almost fell out of his chair.

But cleaving to the truth is something deep and instinctive for a Jew. After all, when God offered us the Torah at Mount Sinai, we are the people who said, “Na’aseh v’nishma – we will do and we will hear,” meaning we’d take the Torah sight unseen. We did that because when the Creator of the Universe comes to you with the Blueprint to Life, you don’t need any other information. By definition it has to be perfect, and it has to be true – so we wanted it.

And sticking to the truth of who we are is what Hanukkah is really about. But if you pass me on the street and wish me a Merry Sphtizvinkel, I’m not churlish enough not to say, “You too!” 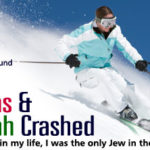 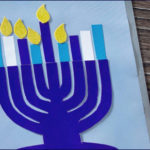 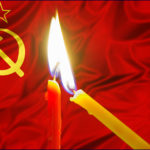