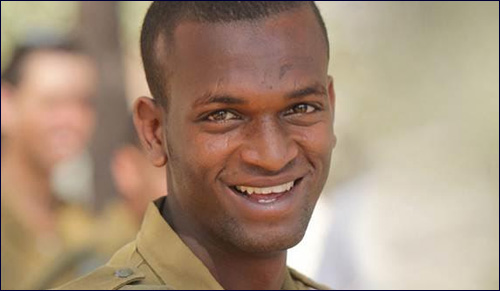 Mekonen, an Ethiopian Jew, reminds us that Jewish values and Israel are worth fighting for, no matter the sacrifice.

In the early 1930s, comic book creators Jerry Siegel and Joe Shuster felt the need to inspire a world very wary of the Nazi threat. They created Superman, the supreme nemesis of the forces of evil.

Siegel and Shuster – children of Jewish immigrants – made their character personify core Jewish values because they understood that the world needed a role model with a strong moral compass, a hero it could relate to and believe in.

Superman may be back on the screens today, but who are the real life role models teaching authentic values to young Jews in 2016? How are they learning what's important in life? And who is guiding them to discover their own purpose, passions and power? With all due respect to the current stock of celebrities, I suggest we need everyday heroes.

We need to show our youngsters regular men and women – people their own age – who have overcome adversity, do good for their community and follow their passions despite the challenges. And we must present them in a way that speaks to hearts and souls.

We need to introduce today's youth to everyday heroes who personify Jewish values, take responsibility and make a difference in the world. Jerusalem U, which produces films and educational programs about Israel and Judaism, has just released a new documentary about one such role model.

"Mekonen: The Journey of an African Jew" follows the transformative personal journey of Mekonen Abebe from his beginnings as a young shepherd in Africa to his induction as a commander in the Israel Defense Forces.

Born and raised in an Ethiopian village, Mekonen was 12 when his father died, just weeks before his family was to move to Israel. The film accompanies him back on an emotional trip, where, for the first time, he visits his father's grave.

With this background, and difficult acclimatization in Israel, Mekonen was fortunate to attend Hodayot High School, which educates children from challenging backgrounds and helps them integrate into Israeli society. At school, and later in the army, Mekonen was surrounded by people who believed in him. They wouldn't let him fall.

It was not easy by any means, but with determination and loving support, Mekonen finally achieved his dream. He is now an officer in the IDF Paratroopers Brigade, serving as a shining example for young people from similar backgrounds.

"Mekonen" is a follow-up to our 2014 film "Beneath the Helmet: From High School to the Home Front" (rated one of the top five military movies on Netflix), which followed Mekonen and four other IDF recruits through their basic training.

Our audiences always wanted to know more about Mekonen than any of the other soldiers. So, when we heard he was becoming an officer, we grabbed our cameras and starting filming his graduation. We followed him back to his childhood home and met the people who helped him get to where he is today. And we were able to finish the editing in time for Israel's Independence Day.

We couldn't have scripted a more powerful story.

"Mekonen" resonates with almost every audience. Ethiopian-Israelis see their own stories while others view him as the embodiment of the best and bravest versions of themselves. Because he gives them hope and inspiration to be who and what they want to be, no matter the odds. 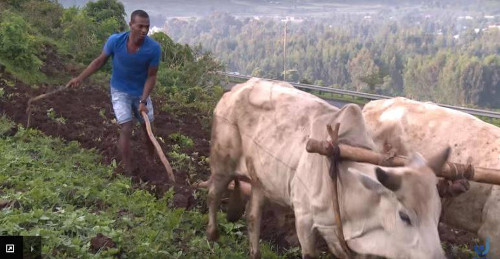 First, Jews are searching for a deeper connection to Judaism and Israel. All too often, young Jews grow up without ever connecting to the power of the Jewish experience or realizing the diversity and genius of the Jewish people or what Israel stands for. They have never had a role model or something they could apply to their own lives.

Second, young Jews frequently look outward to find their role models. In a world obsessed with screens, image and superficiality, our youth is hungry for inspiration, insight and depth. Lacking Jewish role models, they turn to YouTube, Facebook and sports, and they find nothing and no one of value.

And finally, we know global media is rampant with anti-Israel, anti-Jewish sentiment. Many Jews have not only bought into these claims but have become some of the most vocal members of the anti-Israel movement. Often because they have no other role model to follow.

There is a solution to connecting young Jews to Israel, to the Jewish people, and (perhaps most importantly) to themselves: Mekonen, and others like him.

Mekonen's tale of perseverance and triumph transcends color, race and religion, proving that anyone can conquer their demons and navigate even the most challenging obstacles. It also speaks directly to our youth, reminding them that Jewish values and Israel are worth fighting for, no matter the sacrifice. The film also presents a different story about Israel and the Israeli army, one they don't often see in the mainstream media.

But the most important thing to remember is that Mekonen is a Jewish hero because we can relate to him. He's one of us. His challenges are our challenges. His triumphs are our triumphs.

Thankfully, they are all around us, our amazing Jewish youth. Our mission is to share their stories in a way that makes others feel connected and inspired, that reveals the majesty of the Jewish experience.

More than 80 years ago, Siegel and Shuster created an indestructible crusader for justice, a fantastic character that resonated with the fearful Jewish masses of his generation. Today, we need not be afraid any longer.

We have remarkable Jewish youth. We have Israeli soldiers. Real life heroes who, though far from indestructible, remind us just how incredible Jews can be.

Rebecca Shore is the creative director at Jerusalem U and makes her directorial debut with "Mekonen: The Journey of an African Jew."

Seeing the Light unto the Nations

The Spirit of Alisa

Out of the Mouth of Roni
Megillah Gorilla Saves the Day
Challah Reuben “Grinder”
Big OnThe Little Things
Comments
MOST POPULAR IN Israel
Our privacy policy
Aish.com Is Looking for Great Writers