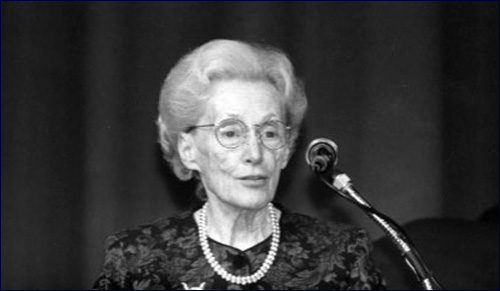 The heroic woman rescued scores of Dutch Jews during the Holocaust, and has died at the age of 96.

Marion Pritchard, the heroic woman who rescued the lives of scores of Dutch Jews during World War, has died at the age of 96. She vividly remembered the “crucial moment” in the spring of 1942 that changed her life forever.

She was riding her bike to college in Amsterdam that morning and paused outside a Jewish orphanage, watching as the children were “liquidated”, crammed into a truck to be deported. “It was a beautiful spring morning,” she recalled, “and it was a street I had known since I had been born, and all of a sudden you see little kids picked up by their pigtails or by a leg and thrown over the side of a truck.” 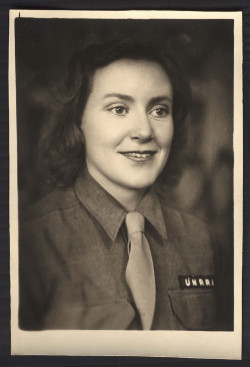 Two women tried to intervene and struggled with the soldiers, only to be forced into the truck with the Jewish children. At that moment, Marion committed herself to fighting the Nazi occupiers of the Netherlands and to saving Jewish lives.

Marion came from a distinguished family; her father was a Supreme Court justice and she was studying to become a social worker. She had already been involved in the Resistance and even spent several months in jail in 1941 for being caught in a group that was transcribing Allied radio broadcasts.

Now, with her parents’ support, she began to work to save Jewish lives. The head of a center for underprivileged families where Marion volunteered on weekends asked her to help hide a Jewish boy named Jan Herben. Marion brought Jan to her parents’ apartment where they sheltered him. Soon, Marion and a group of friends from college became part of an underground movement accompanying Jewish children to safe hiding spots in the north of Holland.

One of Marion’s former high school teachers was part of this rescue effort and would send Jewish children to her to hide. Marion went to the town hall to register herself as an unwed mother and claim the children as her own. This was an almost unimaginable scandal for a well-brought up young woman at the time, yet Marion performed what she later called her “mission of disgrace” again and again. At one point, she cared for a Jewish toddler for several months before a more permanent hiding spot could be found.

Marion helped to find Jews hiding places, arranged for false identity documents, and even managed to find extra ration cards and food, despite severe food shortages in wartime Holland. It’s thought she helped up to 150 Jews, many of them children.

After the war, Marion’s son Arnold Pritchard remembered that his mother always credited her network of resistance members, friends and neighbors with the lives she helped save. In Nazi-occupied Holland, it was virtually impossible to single-handedly save the life of another, Marion would explain. She downplayed her awesome bravery and the incredible dangers she faced.

At the end of 1942, Marion moved in with family friends in Huizen, in the north of Holland. There, the owners’ son-in-law asked if Marion could shelter Fred Polak and his three children. (Fred’s non-Jewish wife, Edwina Louisa Moor, had been arrested by the authorities for working for the Resistance. After the war, she was reunited with her family.) Marion took in the four fugitives, including a baby named Erica, and sheltered them for nearly three years. 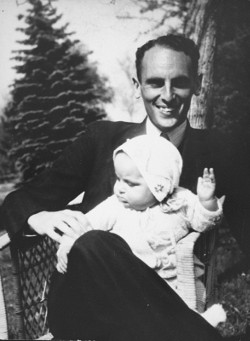 Fred Polak with his daughter Erica.

Raids by local officials were a constant danger. Fred and Marion dug a hole in the ground under a table which Marion covered with a rug. When there was an inspection by local police or the family feared a raid, Fred Polak and his children would hide in the hole. Baby Erica was fed sleeping pills to keep her quiet during these terrifying moments.

One night in 1944, Marion wasn’t quick enough. A local Dutch policeman suspected Jews were being sheltered in her house and surprised the family with a midnight visit. He caught the Polak family slipping into their hiding spot. Without hesitation, Marion shot the policeman dead. “I would do it again, under the same circumstances,” she later explained, “but it still bothers me.”

A local butcher and undertaker who were active in the Resistance helped Marion secretly bury the body; nobody ever found out.

The final year of World War Two was particularly difficult. That winter there was famine throughout the Netherlands and Marion had great difficulty in obtaining extra food for an adult and three growing children. One day, she was stopped by a German patrol who took her bicycle and the black market food she was transporting. Speaking in German, she told them exactly what she thought of Hitler and the Nazis. Incredibly, the soldiers gave her back her food and bike and let her go. 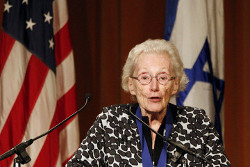 When the war ended Marion continued her work on behalf of Jews, travelling to Germany to help displaced Jews and survivors try to rebuild their lives. There she met her husband, Anton Pritchard, a former U.S. Army officer. They were married in a German displaced persons camp in 1947, among the survivors Marion had dedicated her life to help.

The couple later moved to the United States where Marion worked with refugee families and lectured extensively, making sure her story was widely known.

Fewer than 25% of Dutch Jews survived the Holocaust; over 100,000 were murdered. Thanks to Marion Pritchard’s incredible bravery and resolve, that number wasn’t higher. Erica Polak, now a psychologist living in the Netherlands, told reporters after Marion died, “My whole family is grateful to her. No words will ever be enough to describe what deep gratitude we feel.”

In 1981, Marion was recognized as Righteous Among the Nations by Yad Vashem in Jerusalem. She credited her parents with teaching her the courage to stand up for what was right.

The Six-Year-Old Holocaust Heroine from Ukraine
Saadiah Gaon, Rashi and Maimonides: How Three Rabbis Revolutionized Judaism
King Sennacherib and the Siege of Lachish
Three Small and Easy Changes to Add Positivity in Your Home
Comments
MOST POPULAR IN Holocaust Studies
Our privacy policy
Aish.com Is Looking for Great Writers