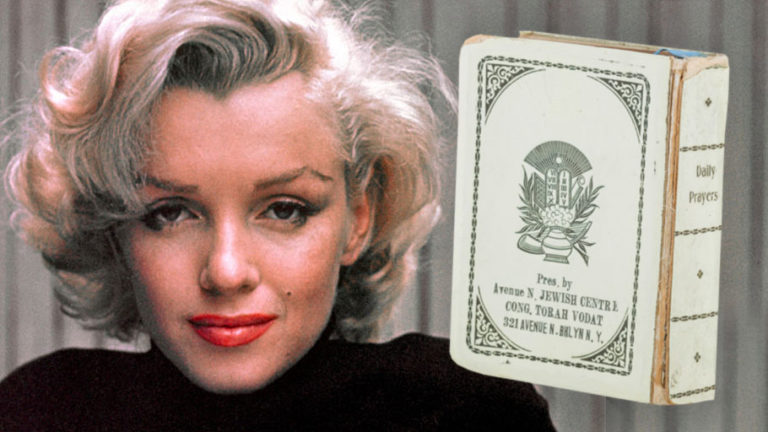 Reading from a Hebrew prayer book and writing comments in its margins isn't the typical image one has of the actress.

Marilyn Monroe isn’t usually held up as a Jewish role model. While the actress underwent a non-Orthodox conversion to Judaism before marrying her third husband, playwright Arthur Miller, when she died she was buried in a Lutheran ceremony. Yet Monroe’s Jewish links have been back in the news recently as a New York auction house prepares to put her siddur, her Jewish prayer book, up for sale.

Estimates are that the siddur will fetch thousands of dollars. Ms. Monroe apparently annotated it, adding her own comments and thoughts to the Jewish text. “It’s worn, there is no question about it. It has been clearly used,” explained Jonathan Greenstein, a Judaica expert who examined the volume before it goes under the hammer in November 2018.

Marilyn Monroe reading from a Hebrew prayer book, writing comments in its margins and giving voice to her deepest hopes and feelings? It’s not the typical image of the actress. How many of us take the same time to read and explore and think about Jewish prayers? How many of us own a siddur, and if we do, when was the last time you added your own thoughts and annotations? 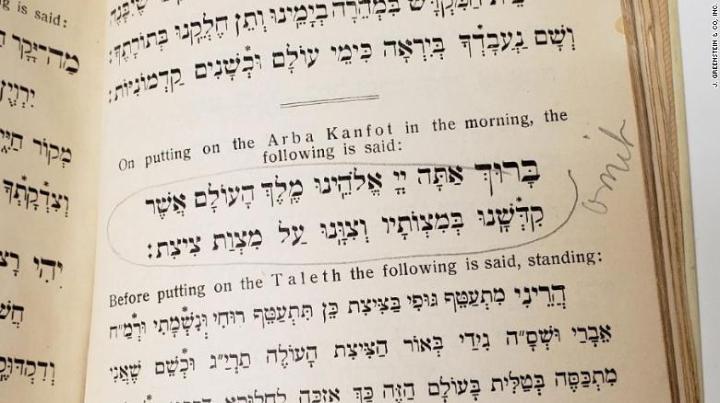 When I first read about Marilyn Monroe’s siddur, my mind went back to my first Jewish prayer book. Growing up, I never owned one. Siddurs were for synagogue, not the home.

That changed when, as an adult, I began to learn more about Judaism and discovered the centrality of prayer in a Jew's life. My first siddur helped me channel my desire to connect to God in a concrete, tangible way.

I was amazed to discover that there are beautiful Jewish prayers for every occasion, from the first moment one wakes up in the morning to the last words one says at night. Thanking God for the miracle of being alive for another day helped me to appreciate life as a gift, not something to merely take for granted.

In fact, the very act of reading timeless Jewish prayers changed the way I looked at and related to the world - and to being Jewish. Knowing that I was reciting the same prayers, penned by luminaries such as King David, that Jews have said for thousands of years gave me a feeling of connection to the Jewish people I’d never had before.

Perhaps this feeling of being part of a timeless, spiritual tradition is what moved Ms. Monroe to thumb through her siddur. Her example can inspire us to acquire our own and to spend time getting to know the prayers.

Praying is always important in any form it takes. In fact, it’s a Jewish tradition to pour our hearts out to God using our own unique words to connect. Formal prayer has an important role too, allowing us to access the words and thoughts of people who came before us to give voice to our deepest emotions and hopes.

There are many excellent siddurs on the market. The Artscroll Siddur is a classic, used in homes and synagogues the world over. It is a comprehensive siddur, with prayers for weekdays, Shabbat and some holidays. It contains commentaries and explanations and facts about Jewish prayers. http://www.artscroll.com/linker/aish/link/Books/9780899066509.html

The Koren NCSY Siddur contains commentary, essays and diagrams to explain and enhance Jewish prayers. This siddur contains prayers for weekdays and Shabbat and some holidays. Designed for youth, its clear descriptions are useful for teens and adults alike.https://www.korenpub.com/koren_en_usd/koren/tefilla/siddur-prayer-book/the-ncsy-siddur.html

As Marilyn Monroe’s annotated siddur goes to auction, it’s changing many people’s thoughts about the actress. It would be nice if it could change our perceptions of Jewish prayer books too, inspiring us to take time to read and think about the meaning of the timeless words of Jewish prayers.