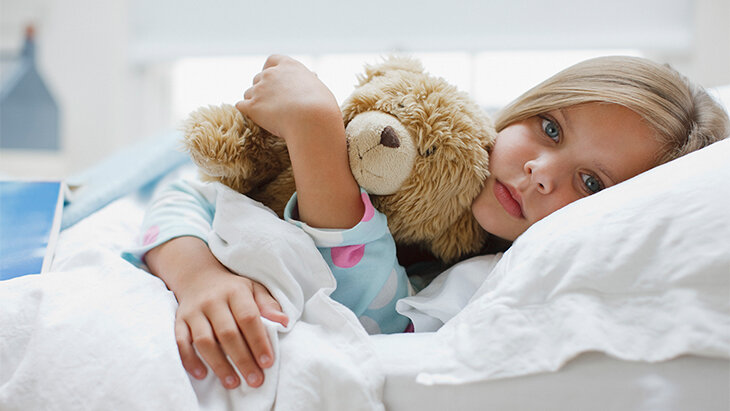 How one family dealt with this devastating challenge.

Overnight, their life changed. Scott and Cynthia Havlin1 received devastating news that their daughter, just five years old, was diagnosed with a brain tumor. Their daughter could no longer attend school, and spent extended periods in the hospital. The Havlins had to balance caring for their youngest child in the hospital while trying to maintain normalcy for their two older children at home.

Two weeks after the diagnosis, they met with Charlie Harary for encouragement. He said something that changed Cynthia’s entire perspective.

“People think when hard things happen, God is pushing you away. He just wants to get closer to you.”

His words encouraged her to strive to transform her ordeal into an opportunity to develop a relationship with God. “I never doubted God’s existence," Cynthia said in an exclusive Aish.com interview, "but I had so many questions. ‘Why me?’ ‘Why this daughter?’ ‘God, why are you testing me with something so hard?’

Eventually, I stopped asking these questions because I realized it didn’t get me anywhere. I started to ask, 'What does God want from me in this moment?'

“Eventually, I stopped asking these questions because I realized it didn’t get me anywhere. I started to ask, ‘What does God want from me in this moment?’ To be honest, I still don’t know. I’m searching and trying to understand.”

During this crisis Cynthia was desperate and felt like she would do any mitzvah if it would help save her child. “I wondered if God wanted me start covering my hair, and make other sweeping changes in my life. I wish there was a clear answer. These mitzvahs were just too big for me to take on. Instead, I made a small change. I was super consistent and reached milestones slowly. That’s how I am building myself up and developing a closer relationship to God.”

Cynthia still has highs and lows. “It’s a journey. I keep reminding myself that we are almost there. We just have two more years to go to reach the milestone of remission.”

Even when Covid-19 hit and she had to be extra stringent, Cynthia chose never to cry to her mother, because she didn’t want her mother to suffer more. Instead, she turns to other people.

“I think I inherited positivity from my parents. I couldn’t ask for anything more to get through hard times. They always told me growing up, ‘Things aren’t that bad. Don’t dwell on the negative.’ These words helped me get through a lot."

"My wounds were so open and I didn’t want people seeing my pain. I was so vulnerable." But the problem was too large for them to contain or handle alone.

At first, the Havlins wanted to keep their daughter’s diagnosis private. They felt it was too personal to share. “My wounds were so open and I didn’t want people seeing my pain. I tried to control the information. I was so vulnerable.”

But the problem was too large for them to contain or handle alone. Now she realizes how much strength she gained from the help and love of others. “I also lean on another family whose child has cancer. We take notes and support each other.”

Cynthia continued, “We have really seen who people are and are so blown away by the Jewish community. We care so much about each other. I'm so grateful to a part of the Jewish nation. Bikur Cholim was amazing, too. The rabbi walked five miles on Shabbos just to be with us.”

Cynthia explained that her challenge enabled her and her husband to clearly see the good in people. Their suffering gave people the opportunity to show the best in themselves.

She expanded, “I would say to my husband all the time, ‘Wow, did you know this person was like that?’”

The Havlins were touched by all the “random” people who reached out and subsequently became part of their close circle. “Each person was brought into our life at exactly the right moment and we realized that we weren’t alone. This made the biggest difference in coping, especially when we saw other families in the hospital who were dealing with everything alone.”

Today, two years later, the Havlins are in a different place. Their daughter is attending school and no longer in the hospital for long stays. It breaks her heart looking back and seeing the photos that capture that difficult time; Cynthia can barely process what they have endured.

It always helped me to hear, 'I know your daughter is going to be okay.'

"But then I try to think positive. ‘Wow, we have come so far. Thank you, God. You pulled us through.’ She is able to go back to school and that’s a miracle.”

Cynthia offers advice to families who want to help others and offers words of encouragement.

“I think there is no right or wrong thing to say. I would never know what to say. Everyone was doing their best, so I didn’t take offense to anything. It always helped me to hear, 'I know your daughter is going to be okay.'"

She felt encouraged when people told her that they were praying for her, or took upon a mitzvah in her daughter’s honor. “We felt like these actions and words were like her armory and archers. With other people’s prayers and mitzvahs, we were geared up to fight the battle. What can I say, we have an amazing community and organizations.”

In the Light of the Bereaved

Jewish Life on an Aircraft Carrier

Strapped In: My Complicated Relationship with Tefillin
There Are No Limits
Adam and Eve Were Vegan
Bechukotai 5782: Divine Retribution
Comments

There Are No Limits
Adam and Eve Were Vegan
Bechukotai 5782: Divine Retribution
Behar 5782: Working to Live or Living to Work?
The Wholeness of Being Broken
The Strange Face of Change
The Grand Mufti of Jerusalem and the Holocaust
The Connection between Israel and the Jewish People
Grit and Torah
Why We Can’t See True Reality
1 2 3 … 2,981 Next »