Learning from the Holocaust 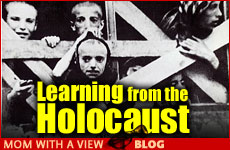 Survivors put my petty selfishness and complaints to shame.

Holocaust stories are certainly sad, but I also find them to be inspirational. They take me out of myself, they give me perspective. People who continue to give (maybe give even more), people who continue to trust (maybe trust even more) after such an experience put my petty selfishness and complaints to shame.

I emerge from every encounter – be it personal or via the written word – with renewed determination, belief and hope.

Unfortunately, it doesn’t always last. Unfortunately, I need frequent reminders. I recently fell into a familiar trap, made an all-too-common mistake. After Jacob, our forefather, survived his encounters with Esau and the trauma of his daughter’s experience in Shechem, he went and settled in the land of Canaan. Some of the commentators suggest that the word “vayeshev – settled” tells us that he relaxed, grew complacent. He figured he had his trials; he’d had his tests, now he could relax and coast. But that is not how the Almighty runs the world. Yaakov had more growth to accomplish, more potential to achieve. The Almighty could not allow him to rest on his laurels.

Sometimes I make the same mistake (at least I’m in good company!). I think “Okay, we just went through a painful, difficult experience; everything should go smoothly from here on in. In fact, the Almighty owes me one.”

But, of course, He doesn’t owe me anything. Everything I have is a gift and part of that gift is that He doesn’t stop pushing us to be “all we can be” (the US Army has nothing on the Creator!). It would be to my detriment if I were I allowed to live the rest of my life on cruise control. He keeps pushing. He keeps challenging.

The stories of survivors help me here also. If they were fortunate and survived the war, they still faced poverty, homelessness, loss of family and continued anti-Semitism. For almost all of them, many challenges still loomed ahead. If they could meet them with grace, couldn’t I? 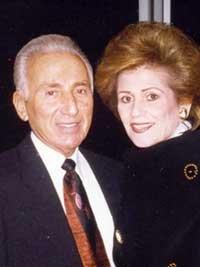 The Jews of Munkacz were given one hour to vacate their homes and were herded into ghettos.

The Teichman family home once occupied two square blocks in the town of Munkacz in the Ukraine. If you look carefully you can still see their initials on the top of the house. They are all that remain of what was once a thriving Jewish community filled with Belzer and Munkacz Chassidim.

When Sol Teichman was born in 1927 in Munkacz, the town consisted of about 40,000 people, 75 to 80% of whom were Jewish, with 90 to 95% of the Jews being Sabbath observant. Although the community was strong, there was always anti-Semitism in the surrounding environs. Sol remembers that when he would visit his grandparents on their farm, they weren’t allowed to go outdoors on Sunday mornings. After church, as the priests marched with their crosses in hand, their parishioners would spit at and kick any Jews they passed along their way.

In general, however, the Jews kept to themselves and all seemed well. Mr. Teichman was fortunate to be close to the Belzer Rebbe and the Munkaczer Rebbe, the Minchas Elazar. He vividly recalls the latter exhorting his followers (in Yiddish, of course) to “Keep the Shabbos and it will be good for you.”

Shortly after Sol’s Bar Mitzvah in 1940, his father was taken away to a Hungarian labor camp. On the second day of Passover, 1944, all the Jews of Munkacz were given one hour to vacate their homes and were herded into ghettos.

In June, they were transported to Auschwitz. That was the last time that Sol Teichman saw his mother, sister and three of his brothers.

“If you didn’t have hope, prayers, belief in God, you had nothing to live for,” Mr. Teichman tells us. He wouldn’t eat on Yom Kippur, he shared his meager rations with others, and even though his weight dropped to 60 pounds, Sol Teichman stayed strong.

As the end of the war approached, the Nazis forced many of their Jewish prisoners to participate in their infamous death march to Dachau. Sol and his brother Steve began the march. But Steve’s strength gave out so Sol carried him for the rest of the journey. Of the 6,000 who started the march, only about 600 survived, Sol and his brother among them.

“It never leaves you; it stays with you all the time.”

Years later, Mr. Teichman shakes his head in bewilderment. He still can’t comprehend how anyone survived. “It never leaves you; it stays with you all the time,” he repeats.

At one point, as the war was drawing to a close, Sol, his brother, a cousin, and many others were loaded onto a train to be killed. But the Allies began bombing and the train stopped moving. Not wanting to take any chances, everyone jumped off the train and ran down the perilous slope that angled beside it. Sol and Steve lost track of their cousin and each assumed the other had perished.

The war finally ended. Sol and Steve went to Budapest to look for their father. They walked into a store and not two minutes later, in walked their cousin. It was a particularly poignant reunion since their cousin had previously informed their father that his sons were not alive.

Unfortunately their time together was brief. Their father, who was supporting himself selling goods on the black market, was reported to the authorities and arrested. Sol and Steve were alone again. They registered with the United States government, hoping their American relatives would serve as sponsors. They were chosen to be among the 200 orphans sponsored by Eleanor Roosevelt to enter the US, the first children out of Europe.

Although we frequently call a child with only one remaining parent an orphan, this was apparently not the government’s definition. As the ship was about to leave port, the captain received a telegram: “Take off the Teichman children immediately; their father is alive; they are not orphans.” Sol and Steve were found and brought, shivering and sobbing to the captain’s office. Since they only spoke Yiddish, the services of an interpreter were engaged.

“What are they going to do to us?” the terrified boys kept asking.

The captain of the boat was moved by their plight. “What am I going to do?” he said. “Punish these young children because their father is alive? Tear up the telegram.”

The Teichman brothers set sail for America. The boat docked in New York on a Shabbos afternoon. Sol and his brother refused to disembark until Shabbos had ended. The Minchas Elazar’s voice was ringing in their ears, “Keep the Shabbos and it will be good for you.”

It took three long years for their father to join them in America, three years of working and scrimping and sending any extra cents to relatives in Europe. Along with their father, the Teichmans moved to Los Angeles and a new life began.

"I know that I tried to help my family and to help the Jewish people.”

A few years later, a friend sent Sol to pick up her niece who was arriving in Los Angeles on vacation. She actually had a three-month pass from the Israeli army because she refused to participate in training exercises on Shabbos (the army has since revised its rules). Sol married this young woman, Ruth, in 1959 and they built a home and business that embodied Sol’s resolve “that Torah and yiddishkeit would flourish in his home and throughout the world.” With his successful business enterprise, the Teichmans were able to give significant support to institutions of Jewish learning throughout the world.

“Financial success is a blessing from God granted in order to help others” is the message Sol gave his children. Countless schools, shuls and other Jewish educational efforts owe their continued existence to the generosity of the Teichman family.

“It’s been a long journey and there are so many more stories I could tell,” he concluded, his eyes tearing up. “But whatever happens tomorrow, I know that I tried – to help my family and to help the Jewish people.”

Can any of us ask for more?

A Life of No Complaining

My Shavuot Preparation
The Blue Beyond
Great Place to Live
Is Eating Supposed To Be Spiritual?
Comments
MOST POPULAR IN Family
Our privacy policy