Judaism and the Multiverse 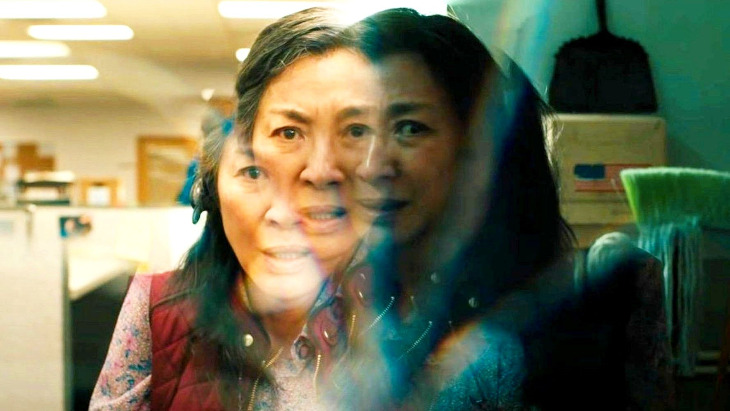 Insights from the film Everything Everywhere All at Once.

There are a lot of ways to explain the multiverse — a concept or theory that our universe is one of many different universes, possibly each containing a different version of ourselves or our world — but the movie Everything Everywhere All at Once simplifies it: every decision in a person’s life is like a fracture point, creating alternate universes where the ramifications of those decisions ripple forward, like the proverbial hurricane blowing after a butterfly flaps its wings.

The movie builds this concept into a beautiful web of maximalist filmmaking and maximum action. Every maybe or could-have-been gives Evelyn Wang (Michelle Yeoh) the chance to tap into the mind of an alternate version of herself. In one world, she is a teppanyaki chef. In others, she’s a kung fu master/movie star, blind opera singer, and hot-dog-fingered romantic. There is a multiverse full of potential that she could have fulfilled, she just needs the right help to access the skills, ability, and knowledge she could have had.

Does Judaism believe in a multiverse? It depends on your definition and your sources — it is certainly believed that other worlds besides ours were created. But imagining parallel universes where other versions of us exist would mean that there are other beings besides the humans of this world who have free will (it’s a complicated issue). Maybe we could take the premise of Everything Everywhere All at Once and think about it theoretically.

If we believe in an infinite God who sees all, knows all, including the past, present, and future, then every branching path that we could take exists — just not to us. In the movie, the parallel universes exist, but humans who can’t access those universes merely lack the technology to do so. We lack the knowledge to see what could or might have been. 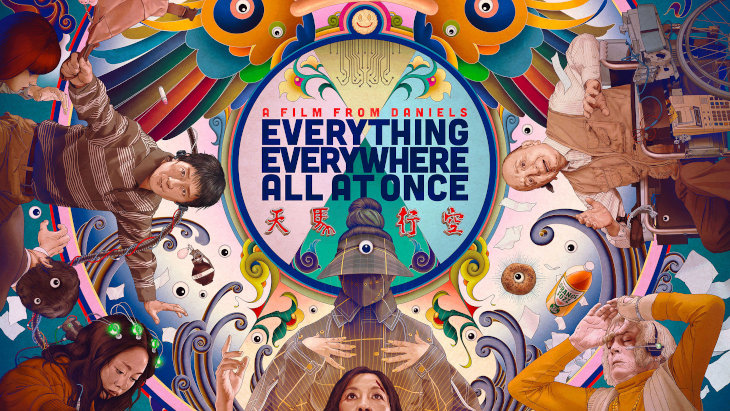 The potential of our actions is real. Potential exists in the decision points of the mind and the not-yet-actions of our words. When we say we’re going to do things, when we declare that something is going to happen, that does make a difference. Jews who understand the power of language will couch their words by making sure they don’t promise something they might not fulfill or suggest potential bad things that might happen. The Talmud teaches about the power we have to make dreams come true, just by interpreting them.

Thinking about potential realities matters in Judaism. If you regret doing something positive, you can negate its impact on you. If you wish you could have done something negative, that might just rub off on you. Teshuva, or repentance (if you like that translation), is an area where this is most felt — you can turn your missteps into good deeds, because they led you to the place you are now. It’s all a matter of the choices we make, even if only in thought and speech.

We can’t access any other versions of ourselves. We don’t have the technology or knowledge. Should we search for access to the multiverse? Would it benefit us to look for ways to connect to the potential of our alternate decisions? There are questions that traditionally we’re not supposed to ask: what was before the world, what will be after the end of it, what is above the firmament, and what is below the earth. The details of those questions are complicated, but it’s clear that there’s a warning: certain things are not in the realm of human understanding.

Try picturing your day. You decide to get up or stay in bed. You decide to drink coffee or tea. Should you text your friend or not? Pick up that coin? Catch a bus or a train? Get in a fight or concede an argument? Smile at a stranger or ignore them? There are so many minimal, unnoticed moments in every single day. If everyone branched out into a universe for each decision, each branching out to further and further universes, it would be too much for us to comprehend. Losing oneself in the multiverse of decisions is dangerously overwhelming.

We can wonder all we want about would-have-beens, could-have-beens, might-have-maybe-happeneds, but in the end, we’ll just be digging ourselves further into the pit of wishing life was different – which only gets you so far. After a point, you just have to act and make this version of yourself the best it could be.

We can take comfort in the potential of multiversal thinking: if there’s some universe out there where all of our choices have led to us being someone amazing, then there’s a chance, however slim, that it’s the universe we’re living in. And at every decision along the way, we can make the most of it: one thing in one place, spaced out over a reasonable amount of time.