UFOs and Jews Living on a Different Planet 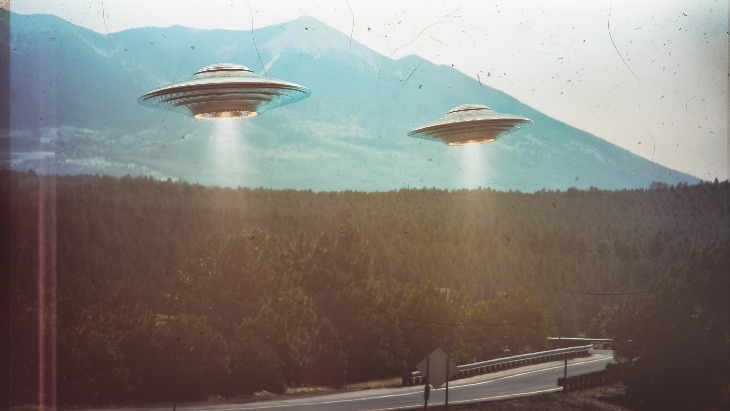 Judaism's differing views on the possibility of life on other planets and how some Jews are living in an alternative universe.

Every few years, someone claims to have seen a UFO and the suspicion of life on other planets is raised, only to disappear as quickly as it came about. This time, however, seems different. It isn’t just golfer Bryson DeChambeau, basketball star Shaquille O’Neal, and quarterback Baker Mayfield who claim to have recently seen UFOs. Sightings have soared during the pandemic. Indeed, instead of just the usual attributions to conspiracy theory, a unit of the Pentagon has been established to investigate sightings, and UFOs are the subject of a Congressional inquiry whose report is due in the next few weeks.

Even former President Barak Obama said in an interview this week, "What is true, and I'm actually being serious here, is that there are, there's footage and records of objects in the skies, that we don't know exactly what they are. We can't explain how they moved, their trajectory. They did not have an easily explainable pattern. And so, you know, I think that people still take seriously trying to investigate and figure out what that is." 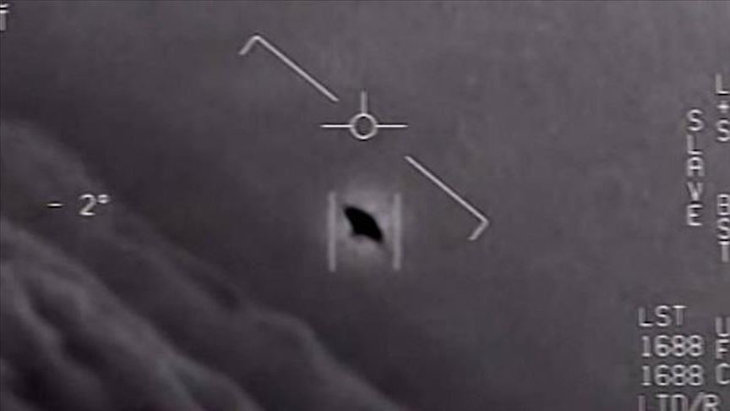 Image from a video released by the Pentagon recorded by US Navy pilots showing an "unidentified aerial phenomena".

The upcoming report from Congress likely won’t conclusively settle the question of the existence of UFOs, but is Judaism even open to the possibility? In his Sefer Ha’Ikarim, Rabbi Yosef Albo (1380-1444) rejects the concept of life on other planets. Rabbi Pinchas Horowitz (1765-1861), in his Sefer Ha’Bris, says that Rabbi Yosef Albo is wrong; but while he believes there is life on other planets, they do not have free will in the sense of human beings.

Rav Chasdai Crescas of Spain (1340-1411) writes that nothing in the Torah negates the possibility of believing in extraterrestrial life. He quotes the words of Psalms (19:2), “The heavens declare the glory of God; the sky proclaims His handiwork,” as potential evidence that praise of God can come from inhabitants of the heavens. He has an entire chapter in his work, Ohr Hashem, on the possibility of life on other planets.

Rabb Aryeh Kaplan argues that the basic premise of the existence of extraterrestrial life is strongly supported by the Zohar, Judaism chief mystical work. He writes, “The Midrash teaches us that there are seven earths. Although the Ibn Ezra tries to argue that these refer to the seven continents, the Zohar clearly states that the seven are separated by a firmament and are inhabited. Although they are not inhabited by man, they are the domain of intelligent creatures.”

Rav Soloveitchik (“The Rav Thinking Aloud,” p. 93) was asked about alien life and said: “It is possible that Hashem created other life forms on other planets. It is no problem to Judaism. The reason man likes to think he is the only created being in the entire universe is because of his egotistical nature. Even the concept of am ha’nivchar, chosen nation, may only be relative to our world, our small section of the universe. The Torah is written from the viewpoint of our sun, moon, and stars. It would not detract from our being the am ha’nivchar of this region of space if there were other am ha’nivchar in a distant galaxy.”

Shortly after the first moon landing, the Lubavitcher Rebbe, Rabbi Menachem M. Schneerson, argued similarly. While acknowledging that there is support in Torah for the notion that life exists on other planets, he argued that life could not be intelligent or similar to human life. If they were, they would need Torah to guide them. They couldn’t have the same Torah, since it was only revealed on Earth. They couldn’t have a different Torah, since there is only one truth. Therefore, while there might well be life elsewhere, it is not intelligent life similar to humans.

So, do UFOs and extraterrestrial life exist? Maybe. But while we may be curious, how much of a difference would it really make to our lives?

On the other hand, there are a group of people who live with us here on Earth, yet it feels like we are living on different planets. And there is something we can and must do about it.

While over the last two weeks 4,000 rockets have rained down on innocent Israeli civilians, If Not Now, a group that describes itself as “a movement of Jews to end the Israeli occupation and transform our community,” tweeted this: “We can show the world that Jews don't need Israel in order to keep us safe. We're creating thriving, flourishing, safe Jewish lives here in the diaspora by building strong communities and working in solidarity with other marginalized people against white supremacy.”

Reacting to a group of Jews being attacked in L.A., popular comedian Sarah Silverman posted, “Jews in the diaspora need allies. WE ARE NOT ISRAEL. And we…aren’t the Israeli government.”

Perhaps most disturbing is a public letter signed by dozens of American rabbinical students accusing Israel of apartheid and calling on American Jewish communities to hold Israel accountable for the “violent suppression of human rights.” Inexplicably, the letter does not mention Hamas or Israeli civilians.

Am I really living on the same planet as those who signed this letter? Are we looking at the same reality? Do we come from the same history and do we really share the same destiny? How can we expect non-Jews to stand with the Jewish state while a growing number of our own people are expressing sympathy and support to the perpetrators of evil, rather than the millions of innocent victims being terrorized? When it comes to these attitudes and philosophies, there is no speculation or inquiry necessary. To me, they come from a different universe.

Our brothers and sisters in Israel are facing a harsh battle, running in and out of bomb shelters and executing missions to eliminate terrorists. But the battle doesn’t end on Israel’s borders; it is continuing online as well as offline right here in America where elected members of Congress are condemning Israel and calling for cutting off funding and support.

This is no time for silence, indifference or inaction. For a year and a half our Israel activism was suspended as we, Israel and the world focused on a common enemy, Covid-19. It is time to re-activate, to set the record straight, to speak truth to power, to demand of elected leaders that they have a strong moral voice, to stand with justice and to give our greatest ally in the Middle East more than lukewarm support or a tepid statement that Israel has a right to defend themselves.

While UFOs and extraterrestrials are uncertain, let us stand up and leave no doubt that there is strong pro-Israel life here on Earth.

Judaism's Guidelines for Voting
Blocked Goals and Anger
Why the Mezuzah is Placed on a Slant
Faith: the Axis Upon Which the Wheel of Science Turns
Comments
MOST POPULAR IN Current Issues
Our privacy policy