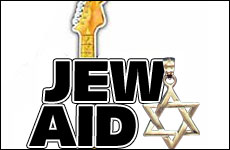 Jewish celebrities band together to help trim the deficit.

Historically, we Jews have developed our trimming skills to a near legendary extent. We’ve substantially trimmed the size of the Pharaoh’s army when it tried following us as we crossed the Red Sea. Millions of Jewish mothers and grandmothers have trimmed the chicken fat from our poultry before cooking it. And no need to go into explicit details about the mohel’s trimming abilities.

It’s no wonder, then, that Jewish celebrities have decided to band together in a major, unprecedented effort to help trim the deficit.

In the tradition of Farm Aid and Comic Relief, Jew Aid: Back From the Brink of Default will take the form of a live show which will take donations as it is broadcast on several cable networks as well as over the Internet. And while I cannot absolutely confirm any of the following details 100%, they did come my way from a very trustworthy source – my mother’s hairdresser’s nephew is the roommate of a guy who knows a person who’s pretty good friends with Jew Aid’s assistant make-up person’s cousin. So, never let it be said that Jewlarious.com has no show biz connections.

In response to Standard & Poor’s having downgraded the U.S. government’s credit rating to AA-plus from the coveted AAA, benefit favorite Bob Dylan will open the show with new lyrics he’s written for one of his classic songs – “AAA, Mr. Tambourine Man.” Backup dancers from Japan, China, Spain, Taiwan and Slovenia will represent those countries with which the U.S. now shares the same credit rating.

As the donations come in and are processed, the tote board will show America’s $14.3 trillion dollar debt being reduced, little by little. Each time the debt is reduced by $1 million, a surprise guest celebrity will appear and entertain. These will include Barbra Streisand doing a financial meltdown-themed version of West Side Story’s “When You’re a Jet,” called “When You’re in Debt.” And harkening back to a fiscally healthier time, the ‘70s, the hit song “Feelings” will be used to salute Obama’s raising of the debt ceiling, as a group of CPAs sing “Ceilings.”

While the sets are being changed, Don Rickles will preside over a Barack Obama and John Boehner lookalike contest. In conjunction with the bipartisan nature of the just-passed bill to raise the nation’s debt ceiling, Rickles will insult the Obama and Boehner wannabes equally.

Larry David will confide that with his profits from “Seinfeld” and “Curb Your Enthusiasm,” he could easily make a huge dent in our $14.3 trillion dollar debt, but instead, he has decided to use the situation as a way of teaching our young people some responsibility and love for their country. He therefore will proceed to ask kids throughout America to send the government their lunch money and allowance for the next three months.

Kris Kristofferson, a Rhodes scholar, will calculate exactly how high our debt ceiling can be raised. He’ll then perform an updated version of his hit, “Me and Bobby McGee,” including the new lyrics, “Default’s just another word for everything left to lose…” In the evening’s most emotional moment, the ghost of Janis Joplin will make a special, unbilled appearance to duet with him.

In a demonstration of the need to make deep spending cuts, Natalie Portman and Scarlett Johansson will headline a fashion show of models and celebrities wearing garbage bags, which, they explain, greatly reduces their clothing expenditures.

In a serious, heartfelt moment, former “Star Trek” commander William Shatner explains that the bill Congress just passed was the result of “a compromise, much like my career.” And Joan Rivers likens the Democrat and Republican dysfunctional squabbling to “a typical Jewish family dinner, but without the brisket.”

Joan Rivers likens the Democrat and Republican dysfunctional squabbling to “a typical Jewish family dinner, but without the brisket.”

Right Wing Jewish celebrities, lead by Jon Voigt and James Caan, will form their own version of the Tea Party – the Borscht Party. They will do their part to help trim the deficit by offering bottles of celebrity borscht to anyone making a donation. Howard Stern will get into a major argument and scuffle with them, leading all to wonder if it was a planned bit.

In one of the most controversial parts of the show, Bernie Madoff will appear on a live feed from prison to apologize to the world and warn those in finance to get their budgetary eggs in order and to treat people right. According to the script, he will then break down in tears and vow to devote the rest of his life to humanitarian causes.

Get out your handkerchiefs, because Tori Spelling will elicit tears with her revelation of how a million dollars buys much less of a week-long vacation in St. Barts than it once did. Sarah Silverman will rush out to comfort her, though while they are hugging, Sarah will make mocking faces behind Tori’s back.

Paula Abdul will forget what show she is on and begin judging the other performers.

As the evening approaches most children’s bedtime, Supreme Court Justice Elena Kagan will address the children directly, explaining to them exactly how the U.S. Budget, the debt ceiling, federal credit and the threat of default works – thereby putting the kids, and many of their parents, immediately to sleep.

David Schwimmer and Lisa Kudrow will get the cast of “Friends” together to do a comedy sketch titled “Old Friends,” in which they’re all living in a retirement community in Miami, still hanging out at the coffee house, and making crank calls to the White House, offering their suggestions for avoiding a disastrous government default.

Using this platform to prove to the world that he is once again serious about acting, Joaquin Phoenix will appear, clean-shaven and coherent. He will do the famous “To be or not to be” scene from Hamlet, but in Yiddish and he will primarily yodel it. Phoenix will end on a high note, dueting with his rabbi on “My Yiddishe Mama.”

And finally, in the evening’s perfect grand finale, master magician David Copperfield will bring the crowd and even those watching on TV at home to their feet – by making the entire national deficit – disappear. Wouldn’t that be nice.

Shoeless in Albuquerque
Korach 5782: Visit to Lift the Spirit
That Time The Ivy League Found A Way To Limit Jewish Enrollment
Would You Rather Be Right or Happy?
Comments
MOST POPULAR IN Jewlarious
Our privacy policy