An Ode to Jewish Delis 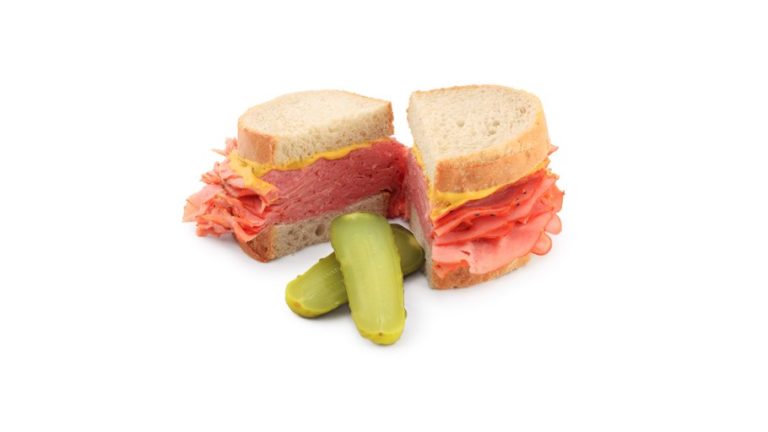 Nothing says American Jewish tradition like the deli. Somehow it happened that in America, deli is the only true Jewish food. But our tradition is under attack! Falafel and shawarma have begun to displace the deli. And to make matters worse, when I went to New York recently I found them serving sushi at what was my favorite deli. I feel like Jewish life has been ruined forever. Now nothing is Jewish anymore.

So I am here to remind you some of the reasons why we, American born Jews of tradition, love the deli.

The deli smell is as close as you can get to the smell of sweaty socks.

It is as close of a smell as you can get to socks, after they have been through a marathon in the rain and then ran in again, and then left in the room with the windows down. Yet, it still smells great. It is the closest you can get to a stench that both unbearable and appetizing at the same time

Every deli reminds a Jew of the Lower East Side. Jews came from Europe and this is the food they took on the ship with them. The pickling connects us to that tradition, as any pickling process done right can keep food fresh for well over a century. Perhaps that is where the deli smell comes from – Europe, a hundred and twenty years ago.

Salami doesn’t smell that bad. But you leave it hanging for two years, something is going to come of that.

A restaurant that smells pickled, with a checkered floor that looks like a 1950s washroom. Décor does not get better than that.

Carpet that Hasn’t Been Cleaned

If you don’t have the bathroom tiles, it’s decked out in speckled red and blue carpet that looks maroon. This way, we cannot tell how much kishka, stuffed-derma, gravy has spilled on it. I love the thriftiness of not needing somebody to clean the place.

A picture of a guy pushing a wagon in the Lower East Side of New York, in the early 1920s, that every deli owner is related to. And then another picture of a guy standing behind a counter, whose face we can barely see behind the hanging salami. These two pictures unite every deli. Whoever the ancestor in that picture is that every person who opens a deli is related to, it is tradition. We love it.

A whole menu that is not FDA approved.

The only place in America where nepotism still lives. That is how strong tradition is in the deli.

The Deli is As Old as the Jewish People Ourselves

The branding looks old. Pictures of Jewish mothers from the 1930s, in apron, and Biblical writing in English on the package. It reminds you where Jewish life started.

Like the Torah, the deli doesn’t change with time. Abraham was probably eating a corned beef sandwich on rye.

My mother makes that same food. This guy gives it to me and doesn’t tell me how heavy I am getting. I am willing to pay extra for that.

It looks old. That is tradition. In a world of plastic surgery and everybody searching for the fountain of youth, the deli is the only place you can go where looking old is praised. You walk in to a deli for a meal, you have aged two years. Old is beautiful and the deli represents that.

Maybe this will help you understand a bit of what makes delis our tradition:

There is so much more about the deli. The deli is our tradition. It is the connection with the past. Our connection to Abraham. The tradition passed on from generation to generation of saturated fats. The tradition of eating in a living room that has not been cleaned. For this, the deli that we love, the only place that says aging is beautiful, I fight to keep it alive. If you have a Jewish heart, you will join me and fight for the deli!

New Jewlarious Blog #2
Bechukotai 5782: Divine Retribution
Behar 5782: Working to Live or Living to Work?
The Wholeness of Being Broken
Comments
MOST POPULAR IN Funny Stuff
Our privacy policy