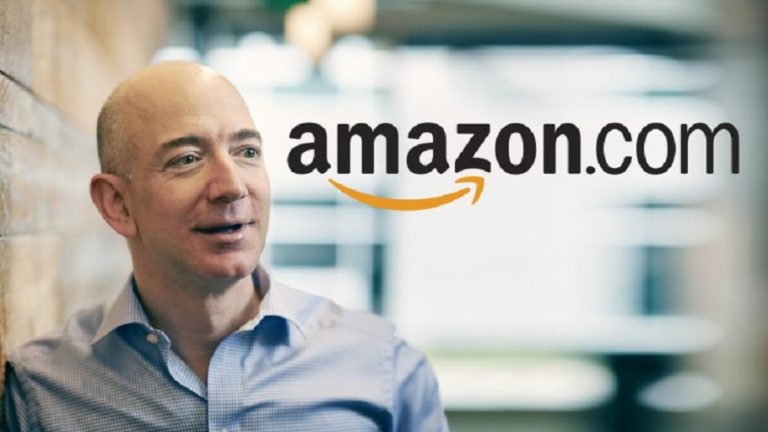 A Jewish perspective on wealth.

After a record-breaking Amazon Prime Day, the newest figures came out and the net worth of Amazon founder Jeff Bezos topped a whopping 150 billion dollars! Money Magazine calculated Bezos’ staggering net growth from Jan. 1 - May 1 of this year and found that he made $275 million a day, which equals $11.5 million per hour, $191,000 per minute and $3,182 per second!

News of wealth of this proportion generally leads to mass day dreaming by the hoi polloi. We all wonder what we might do, where we might go and what we might purchase with so much money at our disposal. It’s a fun game to play, no doubt, but it’s important in the midst of it all the hysteria and hoopla that we not lose sight of the deeper, truer wealth that remains accessible to all of us and the dangers that surround the unchecked pursuit of money.

Ben Zoma famously taught that the Torah’s definition of wealth is far different from the world’s. “Who is rich?” he asked, “One who is happy with his lot” (Pirkei Avot 4:1). True wealth is not measured by how much one possesses but by how little one lacks. Someone who has attained his goal and wants for nothing is the truly wealthy individual, whereas the individual flush with cash and possessions who nevertheless craves more and more never finds that peace of mind he so desperately seeks. Such an individual never ceases imagining that the next new and exciting acquisition will finally provide him with that sought-after, illusive inner serenity.

And all for naught. Ironically, it is the unending pursuit of money and the feelings of dissatisfaction with one’s current standing which often accompany the pursuit of money that causes a man to be poor by Torah standards.

How do we become the types of people who become happy with our lot? The answer lies in the unusual wording of Ben Zoma’s statement itself. For instead of utilizing the common phrasing “One who is happy with what he has,” he adopts the distinct phrase “One who is happy with his lot.” A “lot” implies that the happiness referenced herein stems specifically from the knowledge that all that one has is allotted by the Almighty for a specific function and unique purpose in this world.

So whether one has vast wealth or far less than one’s neighbors, our collective happiness depends on recognizing God’s fingerprints on our wallets and trusting that we have exactly that which we need to fulfill our unique purpose. Any happiness-depriving jealousy of others is inconsistent with the spiritual reality with which we should view the world.

On the flip side, King Solomon warns of the intoxicating nature of money and our endless and fruitless pursuit of it: “Whoever loves silver will not be sated with silver, and he who loves a multitude without increase; this too is vanity” (Ecclesiastes 5:9). The Sages similarly recounted, “No one leaves this world with even half of his desires fulfilled. One who has one hundred wants two hundred. If he has two hundred he desires four hundred” (Kohelet Rabba 1:34).

All physical pleasures of this world have a satiation point. Eat enough food and drink enough drink and your stomach is full. One’s hunger pangs subside and there’s hardly room inside for more, even for your favorite dish. So it is with other earthly pleasures. A hunger for pleasure yearns to be quenched, and once satisfied it goes silent again, at least for a short while.

But money is different. It offers no direct physical pleasure and therefore has no satiation point. Money rather represents the capital for all future pleasures to come. And just as the possibilities for man’s future are limitless, so too is his drive to acquire the medium (money) that will help finance those prospects. If money becomes an end, we can never be satisfied; it’s a bottomless pit.

Judaism does not disparage wealth. On the contrary, money in the right hands can serve as a powerful force for good in this world. The world needs more individuals devoted to significant charitable giving as it does breadwinners committed to familial self-reliance. But money should be viewed as a means to such larger sacred goals, never as an end in itself, a goal to achieve.

Rabbi Yogi Robkin is the Outreach Director of DATA of Plano, in Plano, Texas. He is also a columnist for the Texas Jewish Post and a regular contributor to the Dallas Morning News.

How to Conquer Anger

6 Questions to Empower Yourself

It's Good to Be Alive

Path of the Soul #3: Gratitude
Were Adam and Eve Jewish?
How I Learned to Love the Multiverse
10 Big Jewish Inventions
Comments