Is the Messiah a Christian Concept? 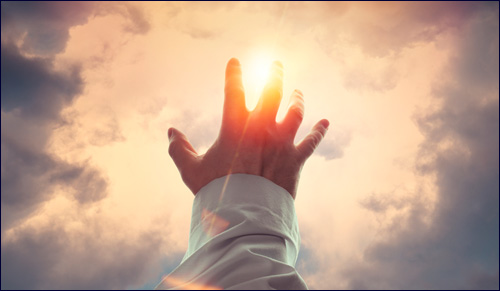 Why you should care about the Messiah.

When I was a teenager I was asked a question that shocked me. I was student at a Jewish high school in London and I had a strong Jewish identity, even if Jewish learning was not my top priority.

I was at shabbaton with a bunch of my friends and 200 other Jewish teenagers, and naturally we all thought we knew everything there is to know about being Jewish. A speaker stood up in front of us and asked, “You guys think you know a lot about Judaism. Well, let me ask you a simple question: what’s the name of Jesus’s mother?”

Without missing a beat a chorus of, “Mary!” rang out in the crowd.

Silence hung in the air until someone finally shouted out, “Miriam” and another “Tzipora!”

Both were wrong. None of us knew. (It’s Yocheved, in case you’re wondering.) How could I know more about Jesus than Moses? Furthermore I knew Judaism rejected Jesus as the Messiah, but I had no idea what the Jewish view of the Messiah was at all.

Fast forward many years and I now teach courses and seminars on the Jewish view of the Messiah. And it’s not surprising to me to hear that many Jews mistakenly believe the entire concept of a Messiah to be a Christian one.

Jewish history has a beginning, middle and end. Every challenge that has happened to the Jewish people throughout our history, every exile, crusade, pogrom and Holocaust, is leading us to what the Torah calls, “The End of Days”. It refers to a time when the Jewish people will return safely to our homeland Israel and be able to live in peace without being attacked for who we are and what we believe.

This final redemption will not only affect the Jews, but the entire world. The prophet Isaiah describes a vision of the peaceful world awaiting us; his words are etched into the wall outside the United Nations where it says, “They shall beat their swords into ploughshares, and their spears into pruning hooks: nation shall not lift up sword against nation, neither shall they learn war anymore.” The world will come to recognize the reality of God and the truth of Torah, and war will finally be lifted from the face of world.

Think of it as the final page of a gripping novel or the last moments of an intense movie when the climax brings everything together and the arc of the story is completely revealed. Every episode of world history will finally make sense.

The Hebrew term for the Messiah is Mashiach. Jewish tradition teaches us that the Mashiach will be a normal human being, born of human parents. He will also be a great leader and an extremely wise Torah scholar. He will put these talents to use to precipitate a worldwide upheaval which will bring perfect social justice to all of humanity. The Mashiach will also be a great prophet, second only to Moses in his level of prophecy. He will need all of these powers in order to fulfill his mission.

As a Jewish king and redeemer he will have a number of tasks. Here are a few of them: (see Maimonides, the last two chapters of the Book of Laws for details)

Each one of these tasks and many more will establish a new world of peace over all of humanity and bring an end to all war and bloodshed, which will be the advent of a new era of peace and prosperity to all mankind.

The fact that none of these tasks have happened completely until now means that the final Messiah has not yet arrived on the stage of world history. But with everything we are seeing in the world today, from the return of the Jewish people to Israel, the city of Jerusalem being recognized as the eternal capital of the Jewish people in the Land of Israel, as well Jews from all over the world returning and reconnecting to their Jewish faith, all these are signs that the final Messiah is close to coming.

In the words of Maimonides, “The Messiah, who will be a king descended from King David, will be even wiser than King Shlomo. He will instruct the entire Jewish people in the way of God. Furthermore, the world’s nations will come to hear him speak, as predicted by the prophet (Isaiah 2:2-3), “At the End of Days the mountain of God’s house [the Temple in Jerusalem] shall be set over all other mountains and lifted high above the hills and all nations will come streaming to it. Many shall come and say, ‘Come, let us go up to God’s mountain, to the house of Israel’s God. He, the Messiah, will teach us his way, and we will walk in His paths.”

May we all see and feel this final redemption very soon and enjoy the peace we pray and long for every day.

Rabbi Lawrence Hajioff’s new book “The Future - A Guide to the Jewish Messiah, Israel and the End of Days” is available in Jewish bookstores worldwide and online at www.amazon.com/author/rabbilawrence

Harry Potter and Free Will

Is Judaism Concerned with Conservation?