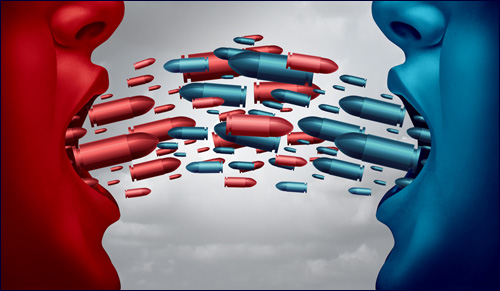 A recent, precedent-setting case shows how words can literally kill.

Could a person be convicted of involuntary manslaughter on the basis of words alone? Yes, according to Judge Lawrence Moniz of Bristol County (MA) Juvenile Court who recently ruled on the precedent-setting case Commonwealth vs. Michelle Carter.

Michelle Carter was found guilty of involuntary manslaughter of Conrad Roy III. These two teenagers – Michelle (then 17) and Conrad (then 18) – built a virtual relationship largely on texting from 2012 to 2014. The girl started out encouraging the boy to seek treatment for his depression. However in the two weeks before he killed himself on in July 2014, she changed course and encouraged him to commit suicide.

Conrad Roy was a good-hearted but depressed teenager who worked as a tugboat captain. He had graduated from high school with a college scholarship, but worried about the social anxiety he might experience in college. Michelle Carter was a conscientious high school student who liked the television show “Glee.” Her life was controlled by an eating disorder and like her friend, she experienced social anxiety, seeking the approval of friends whom she admired but worried did not like her.

In June 2014, Conrad told his friend Michelle that he was considering suicide, she told him he had a lot to live for, urging him to seek help. He replied: “I WANT TO DIE.”

Soon, Michelle changed her tune. “If this is the only way you think you’re gonna be happy, heaven will welcome you with open arms,” she texted.

They hatched a plan about how he could kill himself with carbon monoxide from car emissions. She egged him on: “You just need to do it.” Without going into details, when he started to back out, she told him on the phone to get back in the cab. He complied. She listened to her friend die, not trying to save him.

The judge’s legal decision cited the fact that she did not try to prevent his death—in fact, she encouraged him. To put it clearly – Michelle Carter was not physically present when Conrad Roy left this world. But, as The New York Times reported about Judge Muniz’s decision, her physical absence was immaterial. She sent him to his death when she ordered him back into the poisoned air of the cab by saying, “Get back in.”

Imagine if her words had been different.

Legal experts are stunned by this precedent-setting case which concludes that words can help cause suicide.

Yet as an observant Jew, I’m not surprised. We are taught that words have the power to create and the power to destroy. As King Solomon says in Proverbs 18:21, “Life and death are in the hands of the tongue.” The Talmud says that negative speech is even worse than the sword, because it kills many people, even at a great distance (Arachin 15b).

Speech is the tool of creation. This world was created by the power of words. Worlds are built constantly by words.

A newborn baby is welcomed and enveloped by the family. Words soothe a crying baby. People build relationships through words. Families often have code words or phrases among loved ones, showing love and affection and marking a special unit.

Words have the power to destroy and to create.

Words are important in all relationships, including the classroom. The teacher who appreciates a lively, quirky child who doesn’t quite fit the mold can put the child far on the path to growing into her potential. By the same token, another teacher could, God forbid, destroy the same child by belittling or humiliating a student.

No doubt, Carter’s legal team will concoct some kind of appeal, trying to knock down Moniz’s decision. Perhaps they will even be successful. Unfortunately, though, Carter will always carry with her Roy’s death by asphyxiation – and that she did nothing to stop it.

We should always remember that words have the power to destroy and to create. Let’s evoke this in every encounter with our children and with each other.

Dr. Hylton I. Lightman is a beloved pediatrician, an internationally-recognized authority and diagnostician, a public speaker, expert witness and go-to resource for health issues in the Orthodox Jewish community and beyond. Originally from South Africa, his practice is located in Far Rockaway, New York. He has an accessible and friendly manner with parents and children alike and holds himself and the whole practice to the highest standards of medical excellence, whether it be a simple camp physical or a child with serious symptoms. He can be reached at drlightman@totalfamilycaremd.com, and you may read about him and his work at www.drhyltonlightman.com