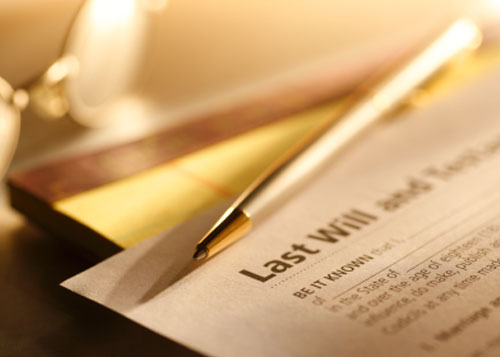 If you thought that after all these years nothing startlingly new could be discovered about the Holocaust, prepare yourself.

Historians like Deborah Lipstadt at Emory University believe that the findings of a soon-to-be published book about Hollywood’s secret relationship with Hitler and Nazi Germany will be nothing less than a “block buster”. In a shocking explanation for the silence of the movie industry during the time of Hitler’s ascension to power in the 1930s and the rise of fierce and nationally encouraged German anti-Semitism, Ben Urwand, a member of Harvard’s prestigious Society of Fellows whose parents were Jewish refugees from Egypt and Hungary, reveals the results of his years of research into newly found letters and documents. His conclusions are the powerful subject of his book daringly titled, “The Collaboration: Hollywood’s Pact with Hitler.”

With the passage of time we have learned to dispel many of the myths surrounding the Holocaust. In Daniel Jonah Goldhagen’s seminal work, “Hitler’s Willing Executioners: Ordinary Germans And The Holocaust,” we finally came to recognize as lies that Germans were ignorant of the mass destruction of Jews, that the killers were all SS men, and that those who slaughtered Jews did so reluctantly. We were provided with conclusive evidence that the extermination of European Jewry engaged the energies and enthusiasm of tens of thousands of ordinary Germans. An extremely popular and highly publicized anti-Semitism made Hitler's pursuit of his genocidal goals possible. The radical persecution of the Jews during the 1930s, far from being a well-kept secret, was well known policy. From mobile killing units, to the camps, to the death marches, Goldhagen showed us how ordinary Germans, nurtured in a society where Jews were seen as unalterably evil and dangerous, willingly followed their beliefs to their logical conclusion.

Nazi ideology triumphed for as long as it did because it had help, including from all places, Hollywood.

It took years but we finally learned that ordinary Germans were not simply guilty of the sin of silence. They were culpable as participants in the unspeakable horrors of genocide.

But what of the rest of the world?

Here too we have been forced to confront the reality that the rise of fascism and its war against the Jews were met not only with silent acquiescence, but in many cases with active collaboration. When public outcry could have made a huge difference, when a strong stand against evil could have aborted it in its early stages, those who knew all too well what was happening chose the path of self interest over principles.

Nazi ideology triumphed for as long as it did because it had help, including from all places, Hollywood.

We all know that Hollywood, as the movie capital of the world, was created by Jews. The classic work on its history by Neil Gabler is aptly called “An Empire of Their Own: How the Jews Invented Hollywood.” The list of the first movie moguls reads like a roll of synagogue presidents: Adolph Zukor, founder of Paramount; Carl Laemmle, founder of Universal; Jack and Samuel Warner, founders of Warner Bros.; Louis B. Mayer, founder of MGM; William Fox, head of 20th Century-Fox; and Harry Cohn, who ran Columbia Pictures. From 1908, when Walter Selig moved his company to California, with the ex­ception of Darryl E Zanuck's 20th Century-Fox ("the Goy Studio"), Jewish creative artists and businessmen guided the destiny of America's largest propaganda machine.

Yet in spite of their background and personal identity, the people who most readily could have alerted the world to the dangers of the Nazi regime decided that their main consideration was to protect the German market for their movies. The list of compromises they made with their conscience seems almost beyond belief. Urwand provides us with behind the scenes stories of active cooperation between Hollywood and Hitler that boggles the mind.

Bosses of some of the major studios invited Nazi officials to come to Los Angeles, preview films scene by scene edit them to suit their propaganda. The Nazi regime dictated policy with regard to the suitability of themes. Movies critical of what was happening in Germany were shelved. A global network of monitors who made sure that Nazi-controlled edits were made in all countries, including the United States, was quietly sanctioned. Indicative of the lengths to which Hollywood permitted German censors to exercise authority, Jack Warner agreed to eliminate the word “Jew” from all dialogue in the 1937 film “The Life Of Emile Zola.”

In a 1938 letter from the German branch of 20th Century Fox, recently found in German state archives in Berlin, the studio humbly asked whether Hitler would share his opinions on American movies – and, to assure the good graces of the recipient, signed the request “Heil Hitler”. And, most damaging of all, according to yet another document, major studio heads helped finance the manufacture of German armaments.

How was all this possible? The clearest answer comes from a quote by Louis B Mayer in response to why he squashed production on a film showing the beginning of Germany’s subjugation of the Jews: “We have terrific income in Germany and, as far as I’m concerned, this picture will never be made.”

That is the explosive truth behind the response of the movie media to the horrific events of the 20th century. Money trumped morality. Riches overrode logic. The desire for inexhaustible wealth sanctioned the Faustian bargain with the devil.

In this light we need to assess whether the media today is any different. How can we possibly explain the contemporary obsession with branding Israel as hawkish aggressor when since its birth it has been beset by enemies intent on its destruction? How can we understand the media’s ceaseless distortion of events to make it appear that Israeli victims are villains and suicide bombers are simply people with legitimate grievances? How can we comprehend reporting that glorifies terrorists while at the same time condemning a country that continues to beg its enemies defeated in wars initiated by them to come join them at the table to discuss mutual peace?

Perhaps the media has once again relinquished morality in favor of the money of Israel’s oil rich enemies. Media’s game is propaganda – and propaganda invariably is bought by the highest bidder. The lesson of the 30s that has now come to light with regard to Hollywood and Hitler needs to be recalled and reemphasized as we reflect on our contemporary response to events.

The Hassidic Rebbe who Pioneered Moving to Israel